The other day I came across a book on Asian cooking at Title Waves, Bandra.

The format was interesting. They had a picture followed by text giving a step by step feel to the recipe. I know that Simon Majumdar has done something similar on his facebook page. I have put step by step pictures and text in my blog but in two separate blocks. So thought I’ll try this style for a recipe. With my DSLR out of action I used my iPhone to click as I cooked which was pretty handy.

The recipe is for a quid hakka noodles. I just love Hakka noodles because it is a one wok dish. I love Chinese food and this is one of my favourite dishes to eat. My recipe is built on what I have initially seen the folks at All Stir Fry and later Singapore hawker’s markets do. I pack my noodles with flavours so you don’t need a side

1. Boil the noodles and keep it aside. Make sure that the noodles is firm and err on the side of the under cooked. 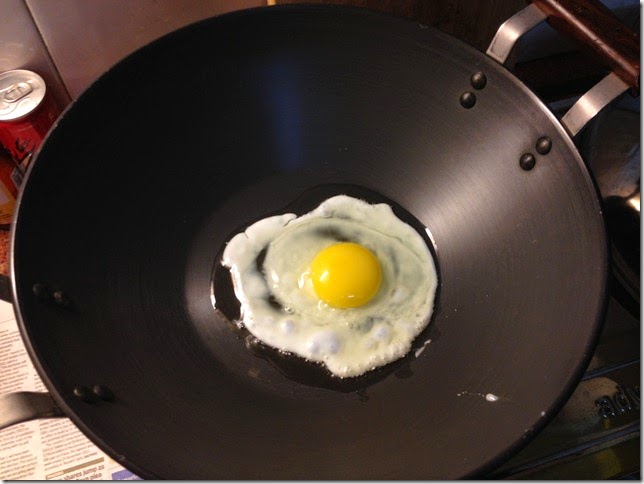 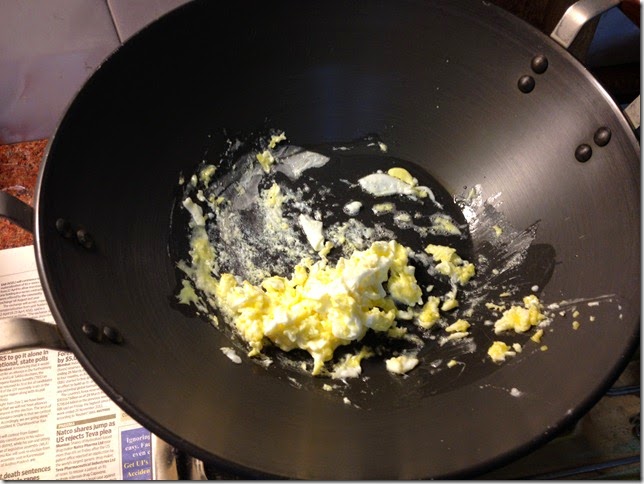 2. Heat oil in a wok. Break an egg. Scramble it. Set aside 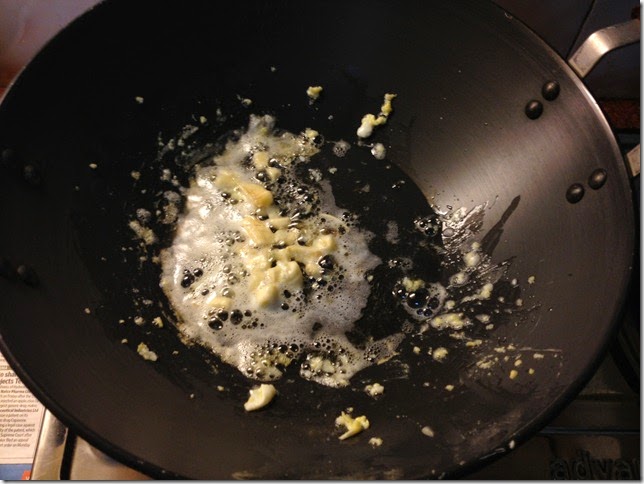 3. Heat 3 tablespoons of vegetable oil (I used olive) in a wok and add in 3 finely chopped garlic pods 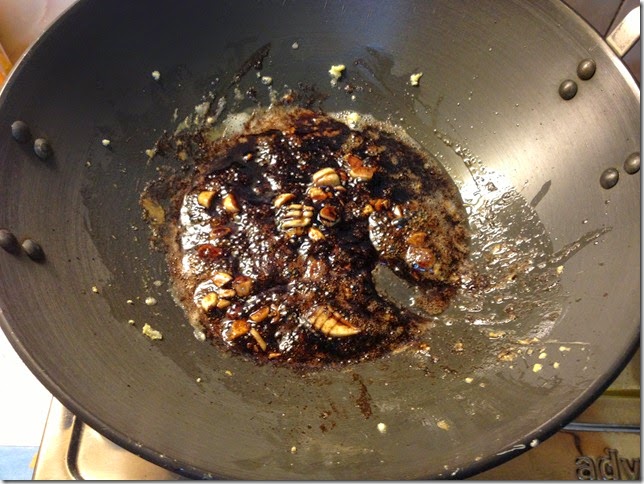 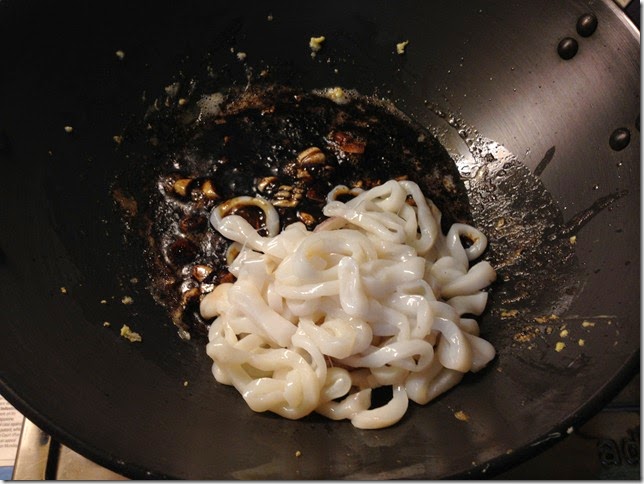 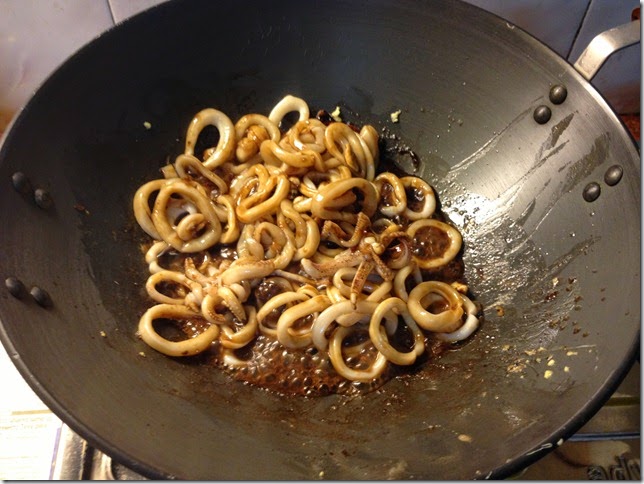 5. Add 500 g of squids cut into rings. The squids that I bought from Poonam’s at Khar market had stayed well even a week after buying. Toss the squid fast for about two minutes so that looks cooked on both side. Trick is to ensure that it doesn’t become rubbery. You can substitute with any other meat and if veg, with mushrooms and hard tofu 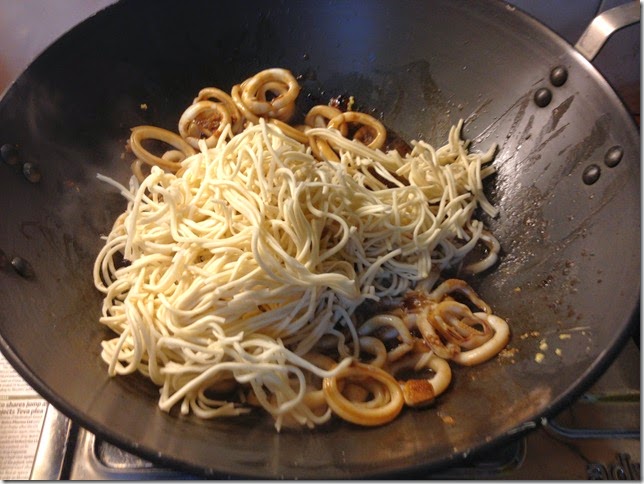 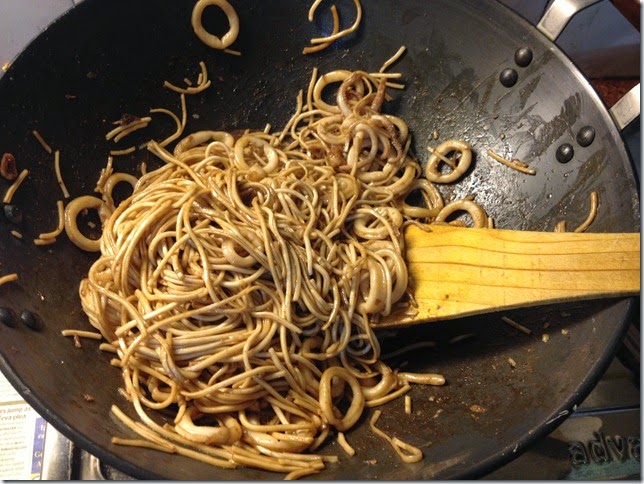 6. Add noodles (250 g pack) and then stir in so that the sauces and the protein spreads evenly. Add a teaspoon of salt and black pepper powder and a tablespoon of white vinegar. 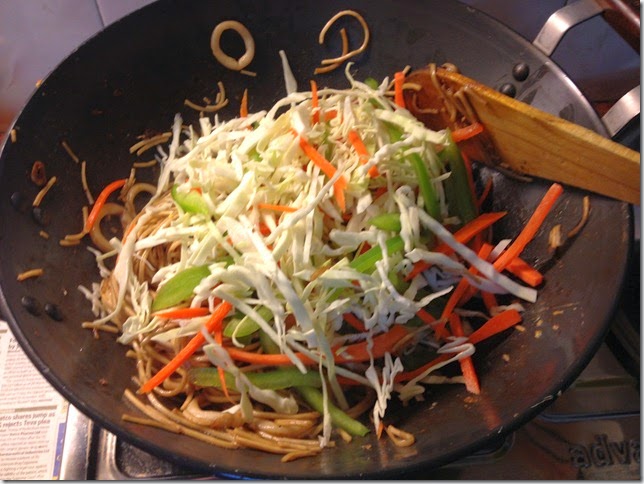 7. Add about 250 gr of chopped vegetables. I like cabbage, carrots and capsicums in my noodles. I add it at the end so that I get colour and crunch. Stir for a minute or so. I bought a pre-cut pack of veggies from Nature’s basket 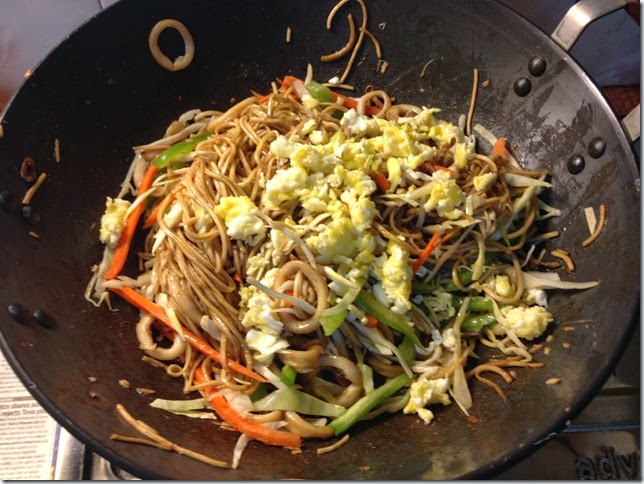 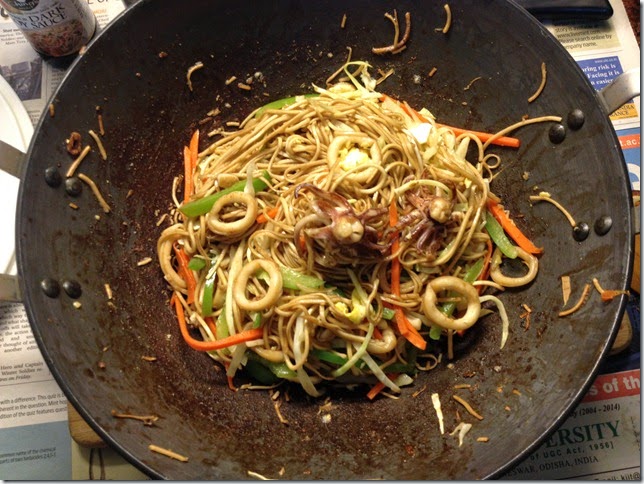 Poonam said…
i love making hakka noodles at home too. but iv never cooked squid. i think this might be the best dish to try. will definitely plate, photograph and share when i do :)
19 April 2014 at 18:25