Lazeez from Shiraz, Kolkata’s latest outpost in Mumbai and a very Shubho Nobo Borsho to you 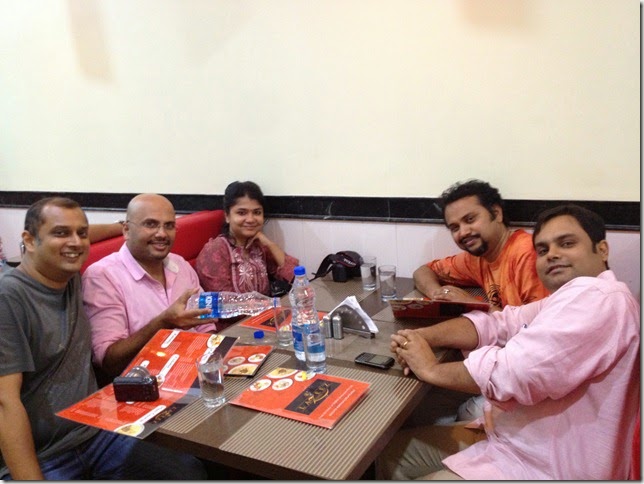 “Biryani te alu chai” (I want potatoes in my biryani) 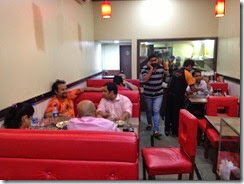 We were a group of picky Bengalis, are there any other kind, at Lazeez from Shiraz, the latest outpost from Kolkata in Mumbai.

Lazeez, which is located opposite Paradise Cinema and beside Sneha Restaurant at Mahim Causeway opened a few months back. It is a garage like space with functional seating, air conditioned with a deep open kitchen. It has a toilet too though I have no idea how it is.

Acidity woes (how Bengali can one get) and parking apprehensions kept me away from it for a while. Then a few nights back I took the plunge and headed to Mahim with my Bengali probashi (expat) friends.

I was particularly excited about Lazeez because it is from the house of Shiraz which is my favourite spot for biryani in Kolkata. You can read about Shiraz here.

So how does Lazeez measure up in terms of food?

Well everyone at the table seemed to love the rolls, specially the porothas. My problem is that I have recently had rolls at Nizam’s in Kolkata. The speciality there is that they make the porothas gossamer thin making the roll all about the kebabs. I missed that here as the meat was not that generous and was a tad salty. But then Nizam’s in Kolkata is unique and no one else even in Kolkata matches them when it comes to rolls and as I said everyone else at the table was quite happy with the rolls. We had mutton rolls, no eggs. They cut them into half so that we could share it. the sort of good service which is more Mumbaiyya than authentic grumpy Kolkata. 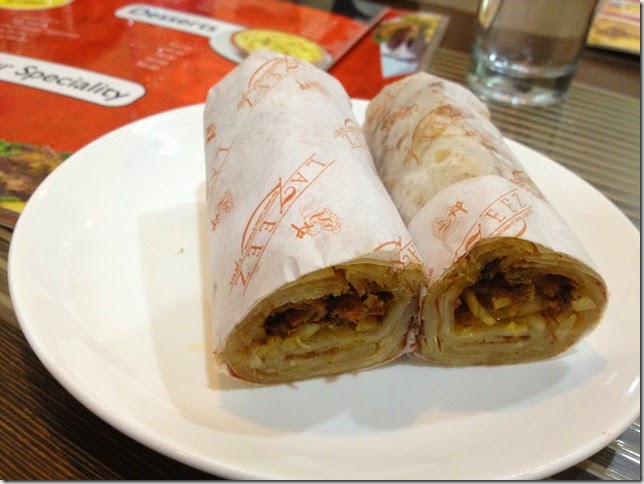 How was the biryani? That was the acid test.

Well the Shiraz biryani is all about subtlety. It’s uniqueness lies in its being the least greasy and oily and the most poetic of biryanis to be had in Kolkata.

The one at Lazeez was a tad wet though. Not as oily as Arsalan but not a Nizam definitely. More like Saurav Ganguly in his pathetic blind heaving wilderness years towards the end of his IPL career. Full of promise which remained unfulfilled. Having said that, for palates seasoned by the oily gaudy biryanis of Mumbai, this would be a good cross over. Did I tell you that we Bengalis are the greatest biryani snobs around?

The potatoes in the biryani were just perfect. Folks at the table found the mutton a tad tough but I must say that I broke my mutton piece very easily with a fork and mine was cooked perfectly. We had the special biryani which came with two pieces of mutton and an egg to boot. 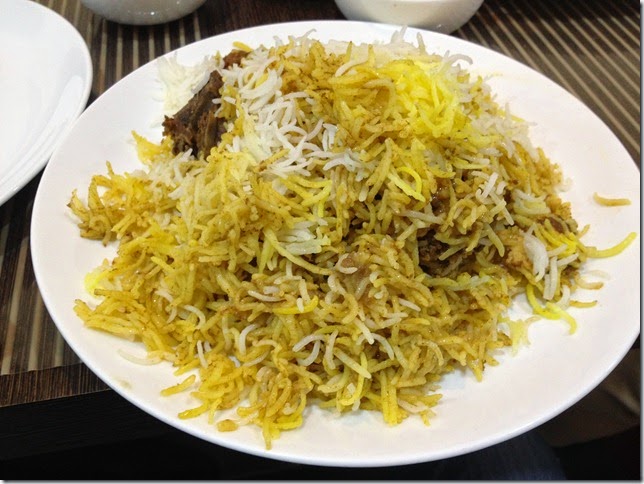 The sides were rather underwhelming.

The rezala looked darker than a rezala. the curry was tasty but the curd hadn’t spread evenly as it should in a rezala and had cracked instead. The leg piece of chicken was quite tender. Our verdict, a good murgir jhol (chicken curry) but not a rezala. 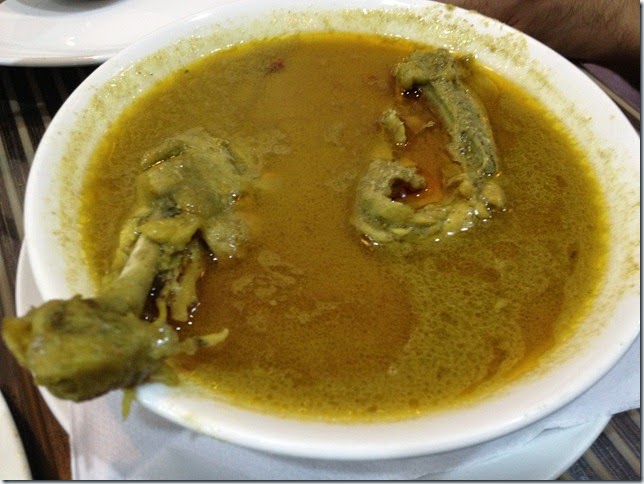 The breast piece of chicken in the chaap was rather tough though. Mutton makes more sense when sharing but chicken tastes better in the Bengali Moghlai sides IMHO. The chaap is not the overly sweet variety served in Arsalan. 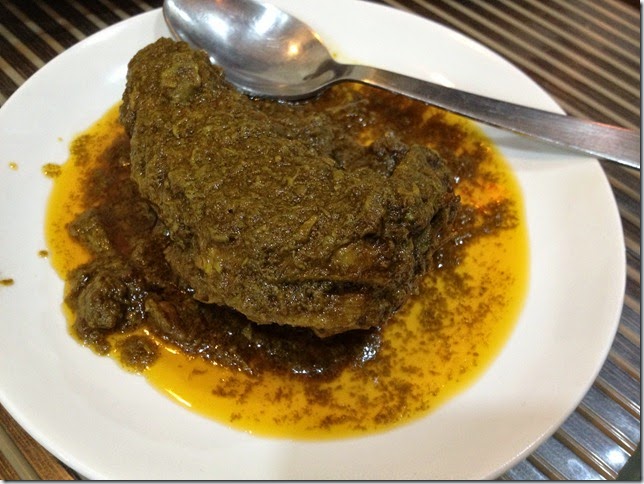 We met the manager who told us that Lazeez is the QSR model of Shiraz. He said they started at Bangalore and have moved to Mumbai. They plan to open more outlets here soon at places such as Andheri and Lower Parel. He said that they had consciously kept the food a bit different from that of Shiraz in taste. Their attempt to make it more universal I guess and move beyond the diaspora. I don’t know if I like that but I did love the phirni he treated us to.

Here’s wishing you a very shubho nobo borsho or a happy Bengali New Year from the three of us us.

We plan to go over to a Bengali friend’s place for dinner and adda and did a new year breakfast in our notun jama (new clothes) at Candies.

If you are in Mumbai then the places to check out today would be Bhojohori Manna, Bong Bong, Calcutta Club and Oh Calcutta but be prepared for the madding crowd of hungry festive Bengalis.

vijju said…
happy Bengali new year Kalyan
our ugadi was two weeks ago
pls tell ur mom to write
and don't get angry I thoroughly enjoy ur posts too
thx
Haritha Reddy
16 April 2014 at 07:52

the foodietrails said…
Ah! The joy of eating Bengali food in a restaurant for a probashi. I searched high and low for any bong food place in Goa, but Pelam na. Kosha mangsho and aalo in Biryani how I miss you.
19 April 2014 at 10:20