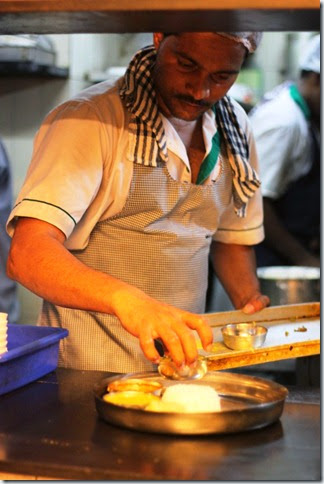 “Why should Maharashtrian food start and end with vada paos? thundered Rahul Limaye, the charismatic man behind Gypsy Corner and Gypsy Chinese at Shivaji Park near Sena Bhavan.

I met Rahul one sunny morning at Gypsy Chinese, his Chinese restaurant. “We serve Indian Chinese and have no pretensions about having a Chinese chef” he told me. The topic of our chat though was his other restaurant, next door to Gypsy Chinese, Gypsy Corner.

Blogger Sassy Fork had once taken me there for aamras puri. A Maharashtrian ex colleague of mine said that she and her family go to Gypsy Corner for authentic Maharashtrian food. I was intrigued and wanted to know more.

Rahul told me his very interesting and enterprising story the day I met him. 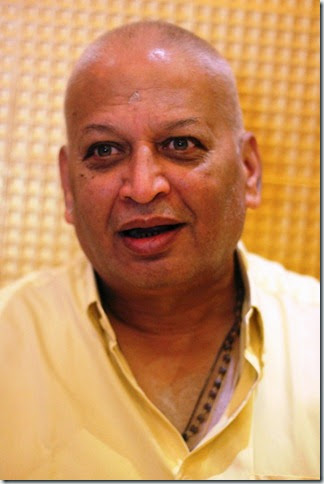 Rahul took over the contract of Gypsy Corner in 1981. He was fresh out of Dadar Catering College. In those days Gypsy Corner served juices and pao bhaji. Rahul felt that running just a pao bhaji stall after graduating at the Catering College was a bit of an anti climax. Thus began a series of ventures spawning from his restless mind. His first experiment was selling the then novel item of grilled cheese sandwiches which took off like hot cakes and were soon followed by veg hot dogs. Meanwhile he opened Gypsy Chinese next door. He then turned Gypsy Corner into an American fast food joint, “well before McDonalds” he proudly told me. His crunchy chicken and grilled lamb chops were apparently quite popular. However business margins didn’t make sense and he took an about turn and converted Gypsy Corner into a vegetarian South Indian fast food place. What distinguished it then was that he had a Vadilal ice cream parlour at a time when Mumbai apparently didn’t have too many ice cream parlours.

After a few years the most recent chapter of Gypsy Corner was written. A chapter that was written more with passion than mere business sense. Yet, things fell into place as they do when you follow your dreams.

Rahul and his wife Smita, decided to convert Gypsy Corner into a Maharashtrian restaurants. Rahul looked around and saw that traditional Maharashtrian places such as Prakash and Mama Kane hadn’t moved with the times according to him. They still served the same set menu of vada pao, missal and piyush. Rahul’s spin was to introduce traditional home cooked Maharashtrian food at Gypsy Corner. “Food cooked by the grannies” as he puts it. The menu is devised largely by his wife Smita who introduces recipes from her kitchen into the restaurant. Dishes introduced include Maharashtrian Konkanast Brahmin heirlooms such as saadha vadan bhaat toop, aluchi patal bhaji, jackfruit bhaji, tikhat mithache sanza, dadpe pohe, pohe with poha papad, khapoli styled vada pao and fasting food such as sabudana khichdi, shingdana sheera and and wadi with aamti.

Rahul has consciously retained the non air-conditoned nature of the restaurant as he feels that it adds to the openness. If you get a table on the pavement then you can even look onto the greens of Shivaji Park at a distance. The place is popular with Maharashtrian theatre actors who often meet here to discuss scripts. According to Rahul quite a few non-Maharashtrians come here to dine. The restaurant is open from 10 in the morning to midnight and all dishes barring the lunch thali are available through the day. Rahul says he has no plan to franchise the restaurant. Passion can’t be diluted as he puts it.

I then got a rather unique opportunity when on my request Rahul called his manager, Mr Apparao, to take me to the kitchen counter at Gypsy Kitchen to allow me to photograph the food. I stood for about an hour in peak lunch time as the wait staff prepared order after order and kept clicking the food going out and at the end tasted the food too.

My picks among a great range of eats at Gypsy corner that afternoon were the panha, masala chaas, the pithla, the bharli vangi with both rice and jawar bhakris, the kande poha with the fantastic pohe papad, the zunka bhakar, the thali peeth and the aamras. 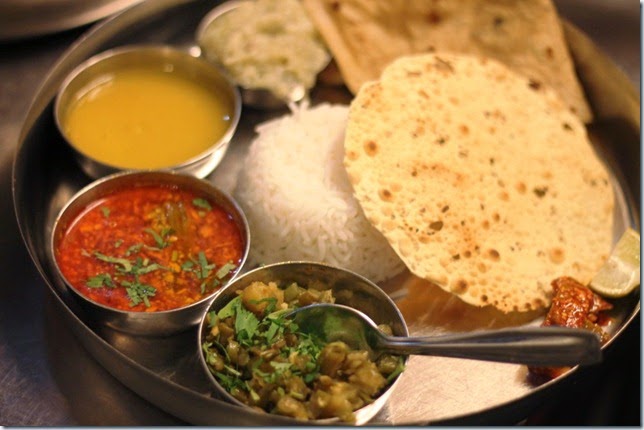 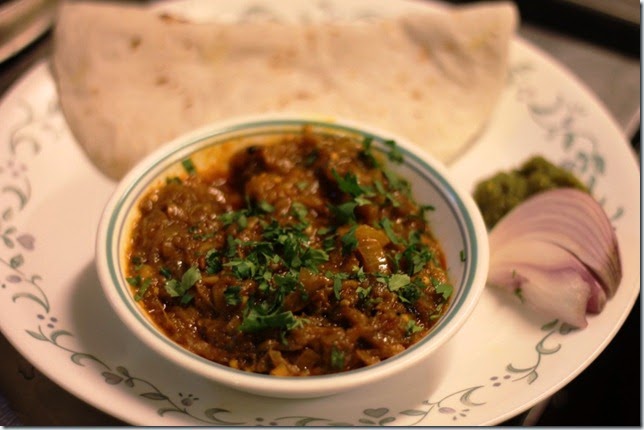 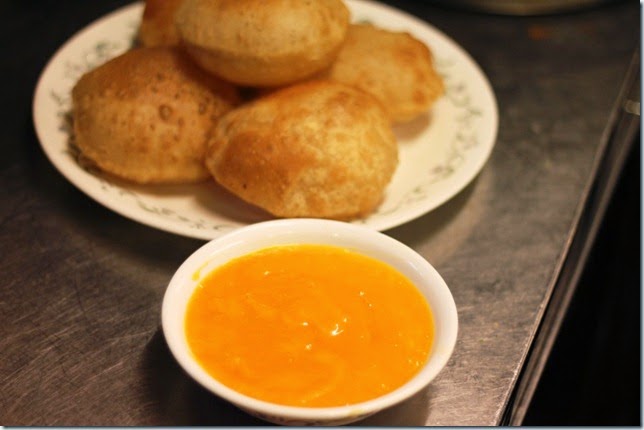 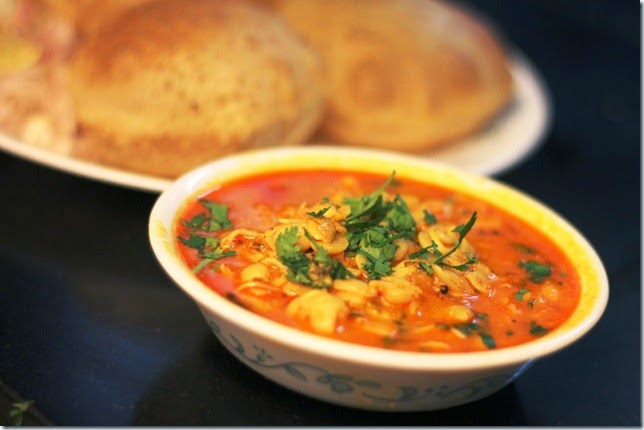 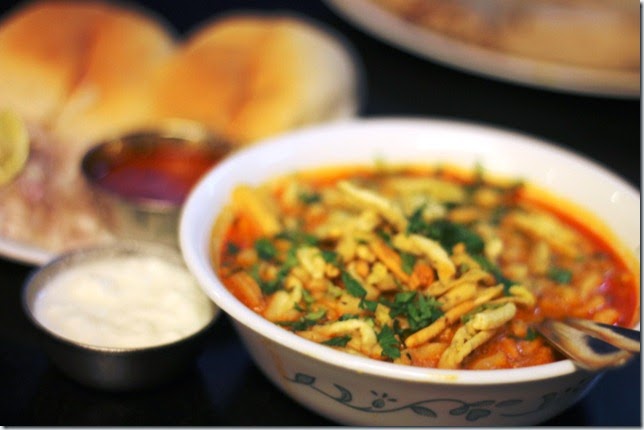 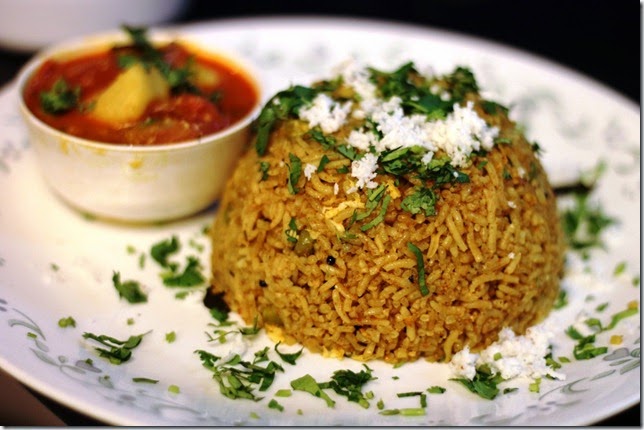 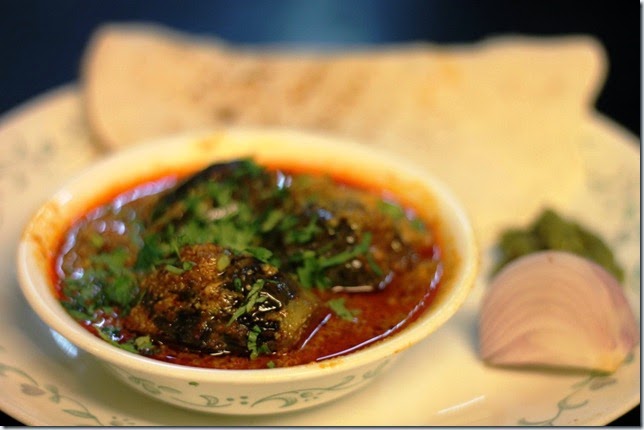 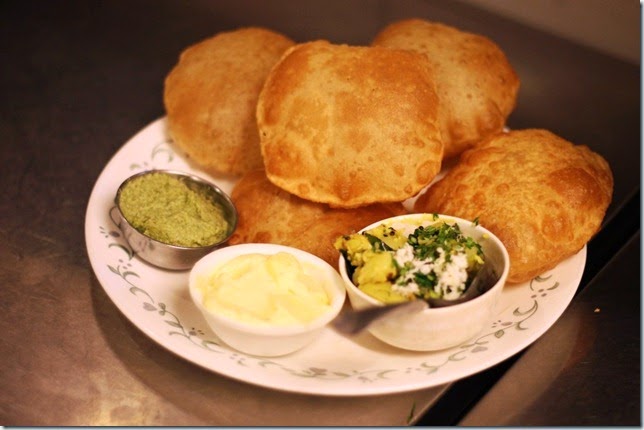 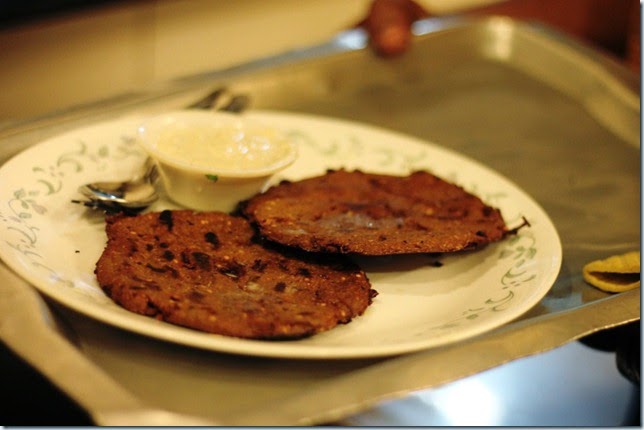 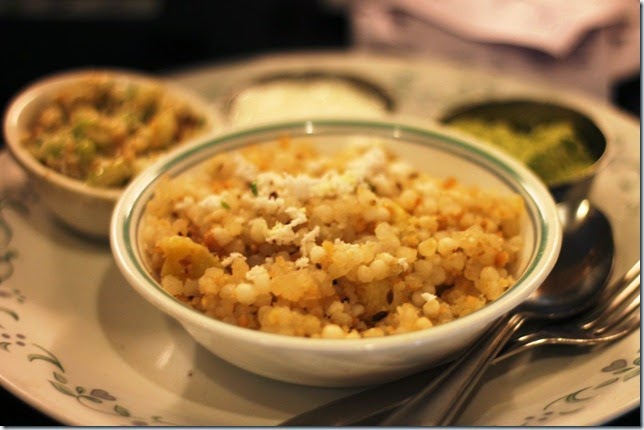 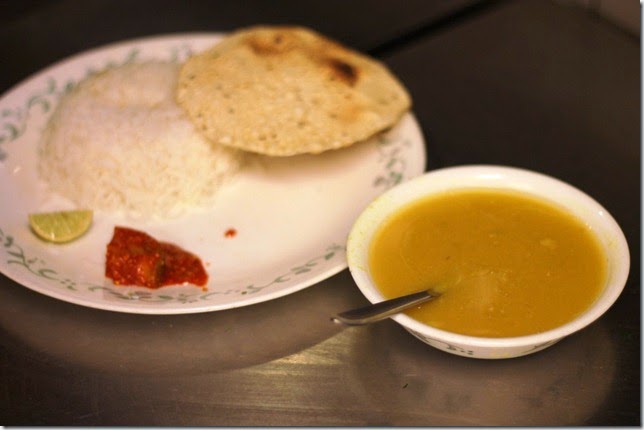 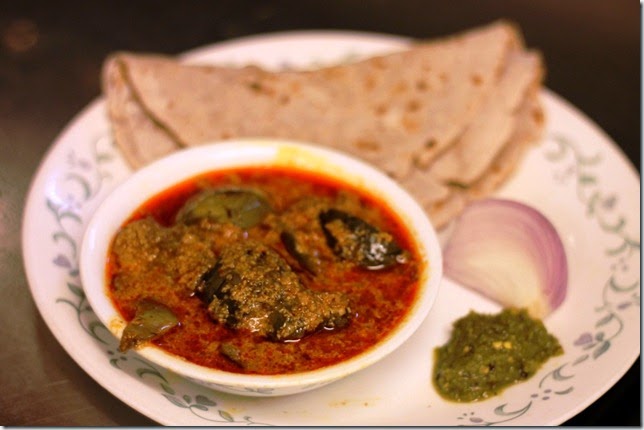 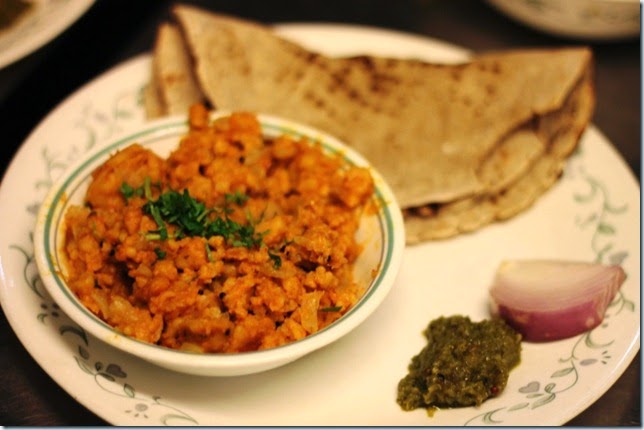 Zunka bhankar. Both this and the thinner pithle have a sharp and enticing taste Rs 68 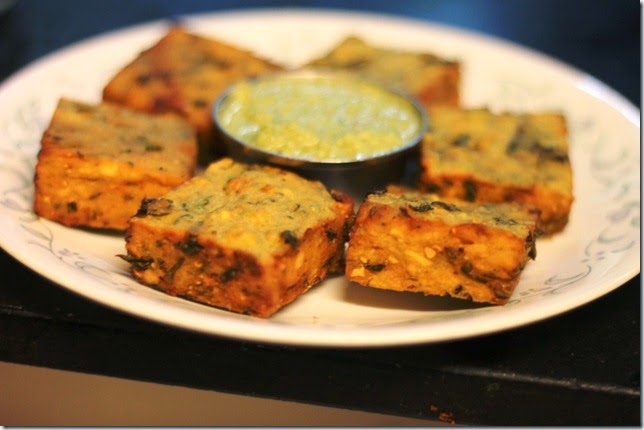 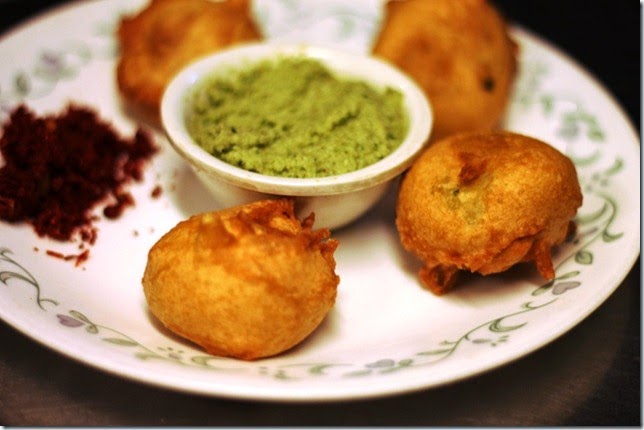 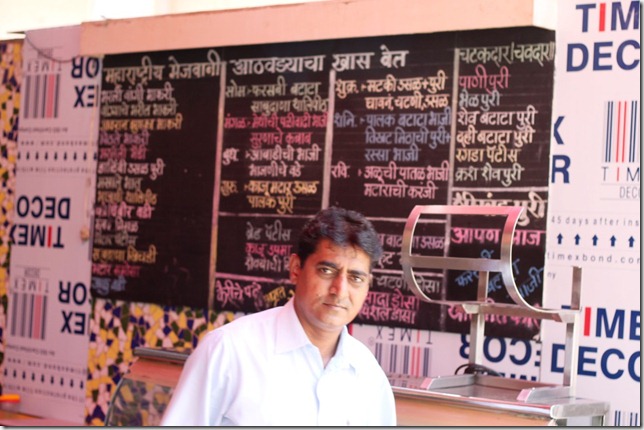 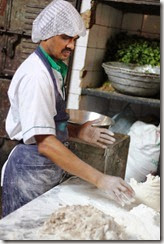 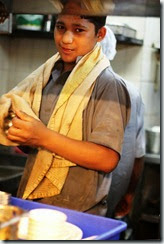 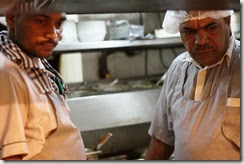 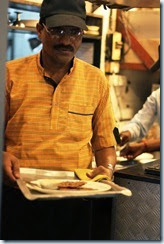 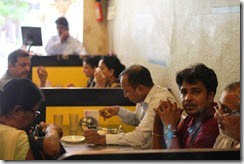 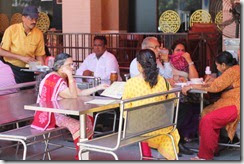 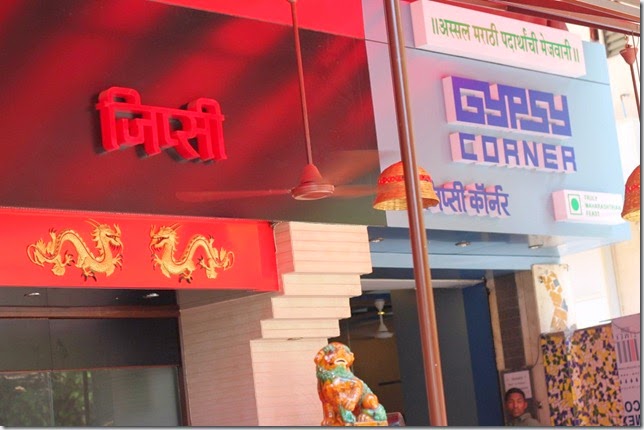 snehal said…
lip smacking post. I think its aluchi pattal (pattal as in runny or with more liquidy) bhaji . The other version (not of alu though) is suki bhaji.
11 May 2014 at 16:30

Just read the post on Girgaon. Vinay was on top of the list for having misal and sabudana wada. Prakash near Fadke Ganesh Mandir for sabudana khichadi/ wada veg samosa (available on Sunday only), masala milk and piyush. Anantashram (Khotachi Wadi) and Shree Samarth Boarding (opp Mangal Wadi) for Non Veg fare (Thali). and yes the ever popular but very different Borkar Wada Pav. All these places are a stones throw away from my house. We used to frequently visit these places during my school and college days. Very rarely I've been to these places after moving out of Girgaon. Sad to hear these places have lost their charm, sigh!

Anonymous said…
Amazingly penned down.Wish you lots and lots more..God bless you all to see lots more success stories coming up in the family !!!!