Meet the Mumbai Food Blogging Dinos… feat A Pinch of This, a Handful of That & a Nonchalant dinner at The White Owl 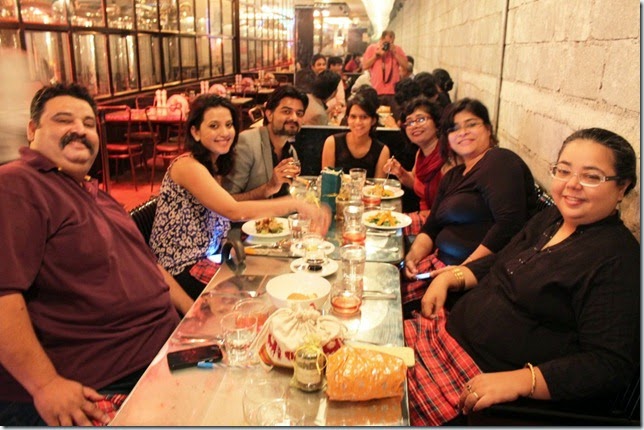 Let me introduce you to a whatsapp group called the Mumbai Food Blogger Dinos.

It’s a pretty manic group. I often look at my phone to see some hundred messages from them. It consists of a group of us food bloggers from Mumbai who have been blogging for more than 5 years. Dinos is a self deprecatory term we use for ourselves. We all met in food blogger meets such as these organised by Rushina who was probably one of the earliest of food bloggers. Most of us started blogging as we were looking for something which would give us a break from our daily routine and because we love the world of food. It was more out of passion than purpose. Most of us, as we realised at a dinner last night, have extended our blogging personas to other fields too and which is probably one of the reasons why you will rarely see us at bloggers meets which are dime a dozen today and held for marketing everything from restaurants to apples to chefs. Plus there is a sense of been there done that for us. But don’t think that we have lost our edge or zest.

So there is Saee of My Jhola  who does baking classes, consults food companies, has a youtube channel and is writing a book. Rhea of Euphorhea has started Gyan Factory and is trying to showcase regional home chefs there. I enjoyed the Assamese pop up that she did. Then there is Harini of Tongue Ticklers who makes brilliant Tamil styled pickles. I loved the tomato pickle she did and am now looking forward to the mango pickle she gave me.

Then there is Rushina, who is a bit of a pioneer. Amongst the first to start food blogging, food walks, a cooking studio. She has now published her book, something which she has been talking about ever since we first met. Her book ‘A pinch of this, a handful of that’, has some delightful human interest stories with loads of her favourite recipes. She has given me a personally ‘foodled’ copy and what’s more, one of my recipes have been featured by her much to my excitement. 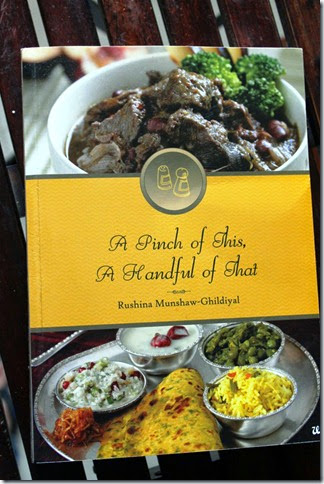 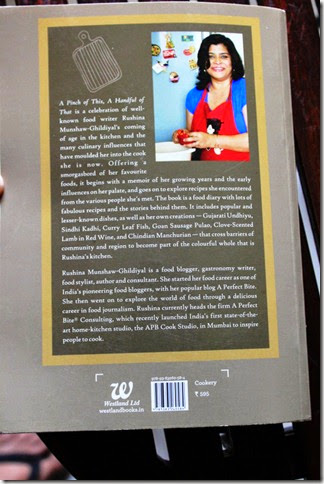 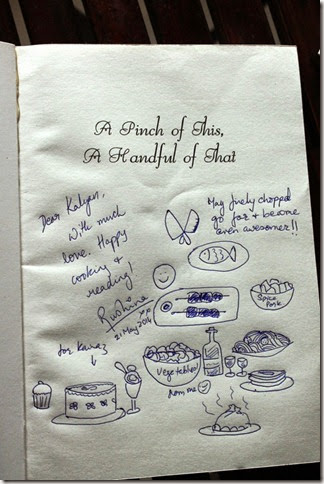 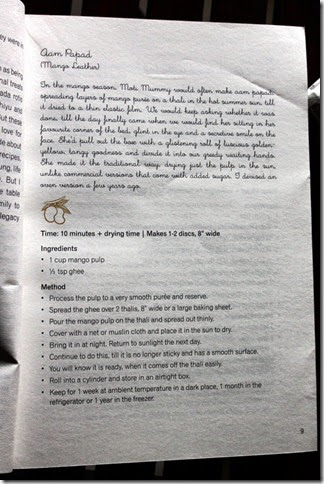 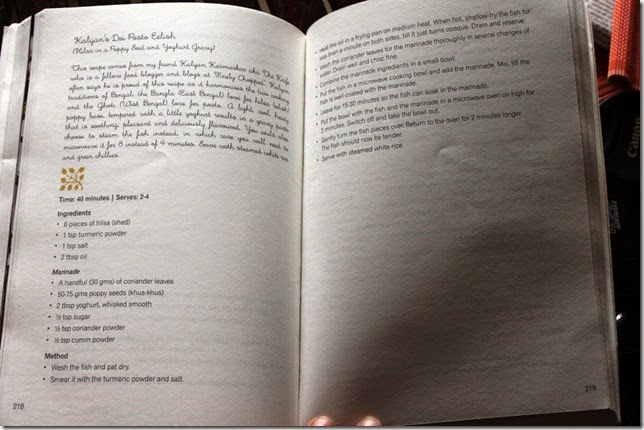 Then there is Nikhil Merchant of the Nonchalant Gourmand. Among others thing he has been modelling too!

We all met up for a dinner last event at White Owl where Nikhil, along with young chef Kshama have got together for a ‘Culinary Contributions’ initiative.

White Owl is in One India Bulls at Lower Parel and is a sort of gastro pub. It gives you a sense of space, the lighting is dim and hence the shaky pictures. While parking at One India Bulls is exorbitant they have managed a flat 50 Rs parking deal at The White Owl which is great.

We ticked our choices from the menu and then later got Nikhil to autograph the sheets much to his embarrassment though he did write a sweet message for each of us. 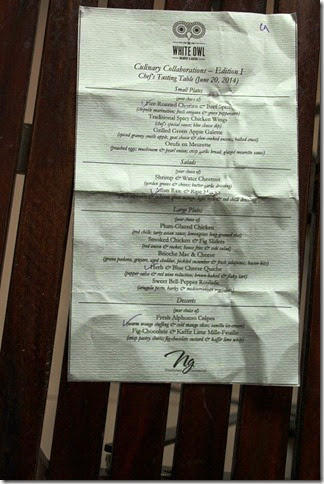 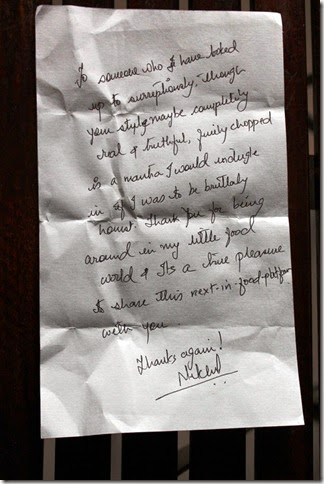 The service as Kurush, who is part of the group though doesn’t blog much these days,  observed is unobtrusive and very competent as they managed to get each order to the person who placed the order without any mistakes. This is a 10 per cent service charge place and has earned it. The dishes were around Rs 300 to 500 each though in case the meal was hosted by Nikhil and White Owl.

My starter was spit grilled beef and chorizo with mushroom spit that blew me away. The beef was juicy and fired up by the sharp chorizo with the mushrooms giving a cooling contrast to the heavy meaty textures. Any meat lover worth his salt will just love this dish. 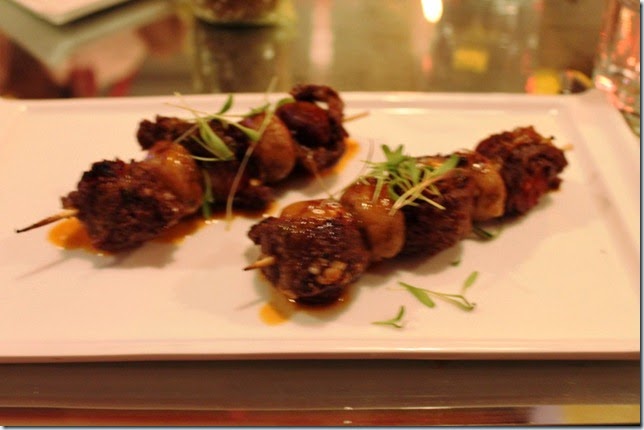 I don’t have a photo of it but I had a bit of Rhea’s grilled chicken wings which were sort of a dream come true as the wings were deboned. One avoided the hassle of separating the meat from the bones and enjoyed the juiciness of the meat without any interference. It was served with a very strong blue cheese dip which thankfully was unapologetic about the cheese. I said I took a bite but actually took more than one.

Tough to choose between the two starters. The chicken actually matched up to the beef and chorizo which is not easy.

For salads I had an Asian styled mango salad which had well seasoned. It consisted of slightly fiery strips of raw mango with the odd bit of sweet chilled Alphonso mango which completed the dish. I quite liked this salad and even more than the other salad on the table which had shrimps. It was served on a bed of arugula. I am sure Rushina would have been happy to see me finish my salad as she always tries to me eat some greens when we meet. 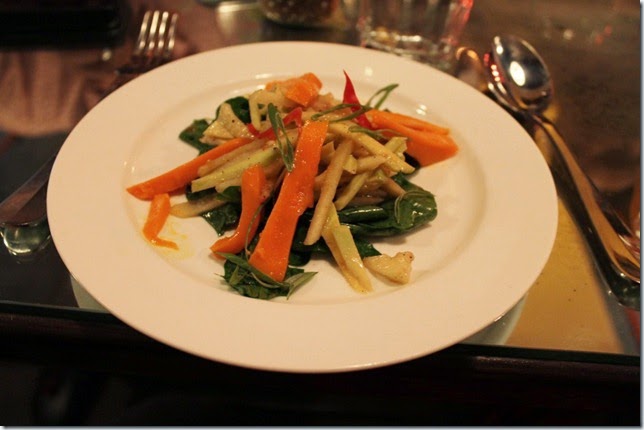 For my mains I had a perfectly executed blue cheese quiche. Perfect flaky crust, very buttery and the blue cheese topping was to die for for a blue cheese lover like me. It had the heady (!) aromas of blue cheese and yet was balanced well enough to not stuff you up. The salsa gave it just right amount of freshness to help you savour the heavy cheese and not get overwhelmed by it. I chose this vegetarian option despite there being non-veg options and came out happy. This was indeed a winner. 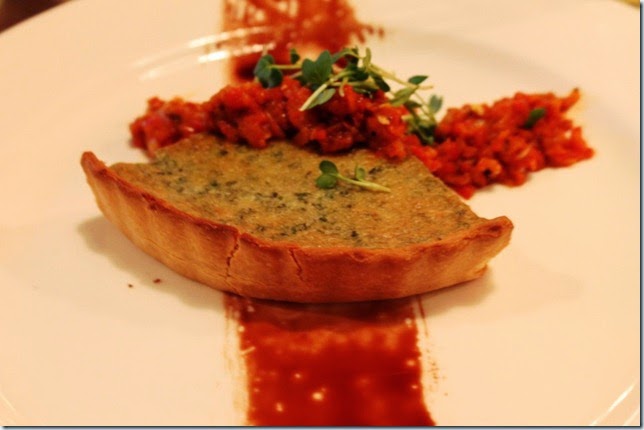 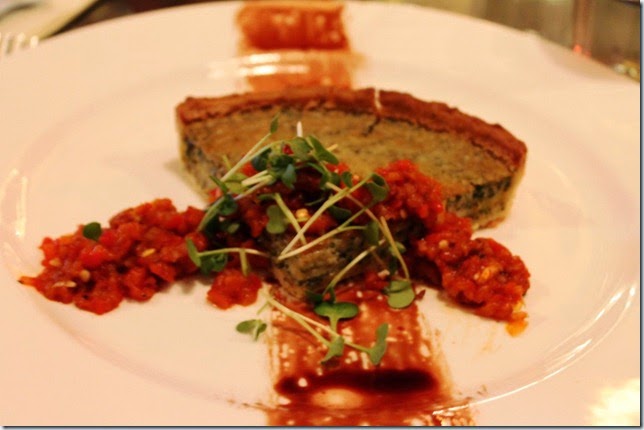 Once again I dug into Rhea’s dish. A mac and cheese on a brioche. The dish looked a bit messy compared to the plating of the other dishes, perhaps intentionally as mac and cheese is a comfort dish. The flavours of the grana pradano with the generous helping of bacon bits was mind blowing again making me take more than one helping from poor Rhea. The brioche bed didn’t add anything to the dish and could have been avoided. 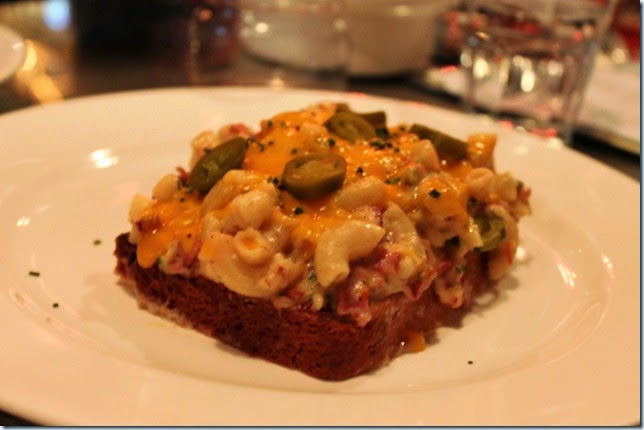 The one mains which didn’t work for Kurush or me were the chicken and fig sliders where the chicken was too dry and the sweetness of the figs didn’t really have anything to counterbalance it. 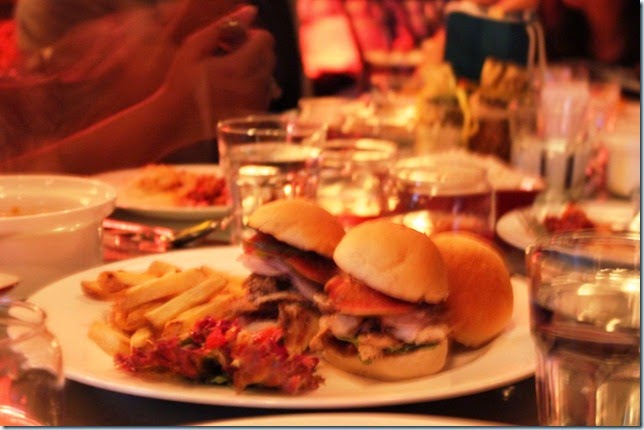 Then came the dessert and I chose the crepe stuffed with a warm mango compote and topped with chilled alphonso mango with an ice cream on the side. I was once again wooed by the way the contrasting warm and cold and sweet and tangy flavours that came together brilliantly and the crepe was perfect too. 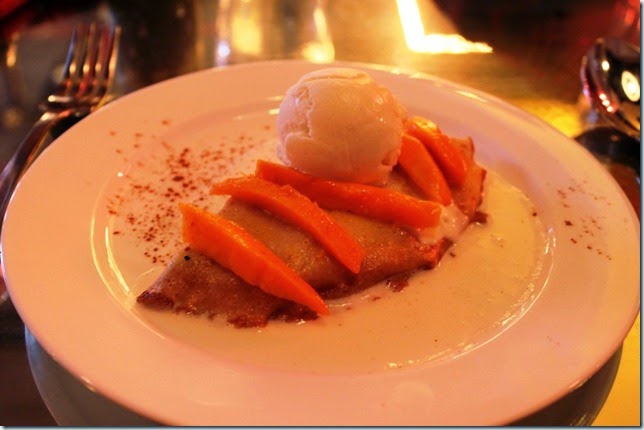 I had a bite of Rhea’s chocolate and fig dessert which I didn’t choose as I though they wouldn’t go well together though I was pleasantly surprised to see that they did. 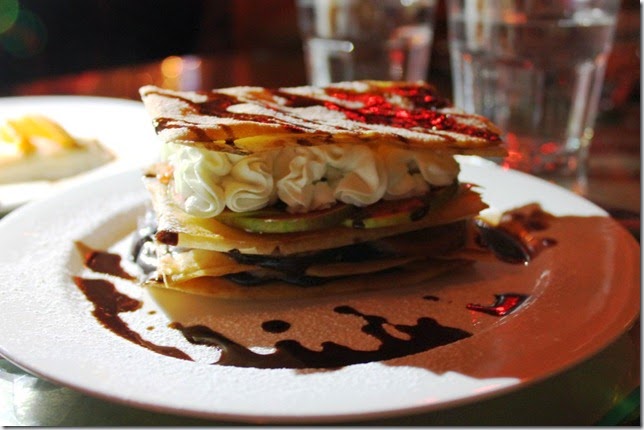 The meal genuinely exceeded my expectations. Here you had a non professionally trained chef, Nikhil, designing the menu. And a young chef, Kshama, putting it together but man  did the two of them together put together some amazing food. This was clearly one of the best meals I have had in Mumbai for a while. Kshama told me that after culinary school she had worked in Jumeira in Dubai and then in Gordan Ramsay’s restaurants in London. The training shows.

As for Nikhil, you have done us dinos proud. 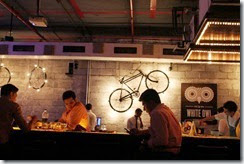 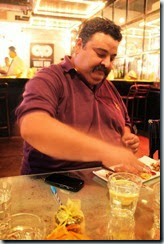 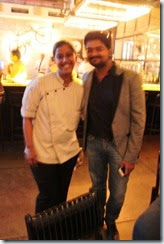 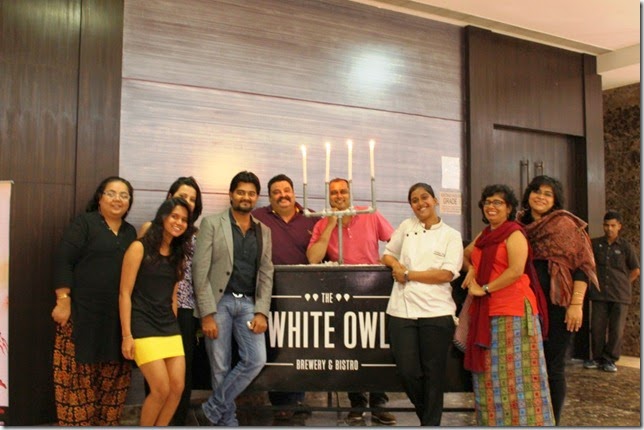 The dinner was hosted by Nikhil Merchant & The White Owl

Harini said…
Kalyan, lived it all over again in this post. Thanks for the kind compliments. And am so glad for the dino friendship. :) I owe big time to Rushina for bringing us all together! Like Rhea said we must do this more often.
21 June 2014 at 20:36

nonchalantgourmand said…
This comment has been removed by the author.
21 June 2014 at 23:27

Nikhil Merchant said…
I have been runnig around like a headless chicken the whole day and ever since this post was put up, I have been itching to find a quiet 10 mins to read it, finally did and I'm quite overwhelmed with this post. I still maintain that it's been an absolute pleasure to go through the blogging world with the Dino's and to share my current platform is a gratifying honor ! Much thanks Kalyan, we all hope to continue our journey in the food world together.
21 June 2014 at 23:29