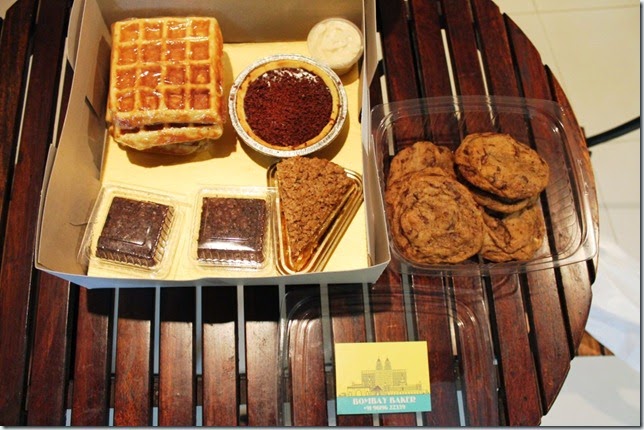 The other day I got into an email chat with Gayatri Sarang after she pinged me on twitter.

I discovered that she is a former journalist who has now taken to baking. I find people who have changed careers interesting  and we exchanged a few mails as Gayatri told me about her experiences as a baker. She then offered to send me a tasting box. We discussed a few options and settled on dark chocolate brownies, soft chew cookies, waffles and apple cheese cake. The selection was based on K’s and my preferences.

Gayatri dropped in with a generous tasting box a few days later while going out for dinner with her husband.

K and I tore into the box pretty soon.

I tried the cookies first. As Gayatri promised they were soft chew and rather chocolaty. I am a big fan of soft baked cookies and these were pretty close to what I would consider to be perfection. Apart from the brilliant texture, the confluence of chocolate and butter made the cookies really indulgent. The star of the box for me. 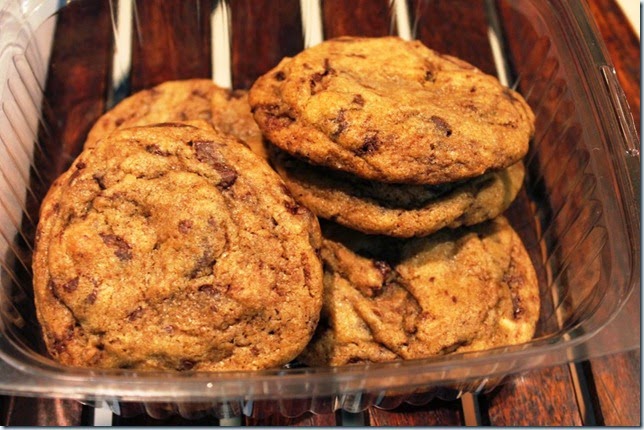 The brownies were moist and decked with dark chocolate chips. I later had one a few days later straight from the fridge obviously had a firmer texture and yet you could taste the chocolate chips. Both chilled and fresh versions tasted good. 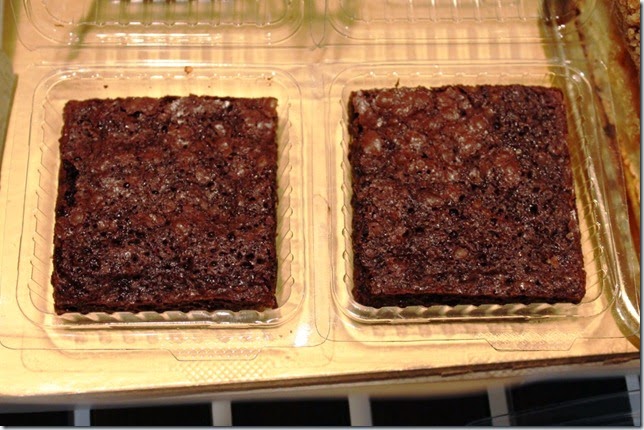 The apple crumble cheesecake was quite a winner too with the apple slices being really light on the palate and flavourful. The combined very well with cheesecake base and the crumble. 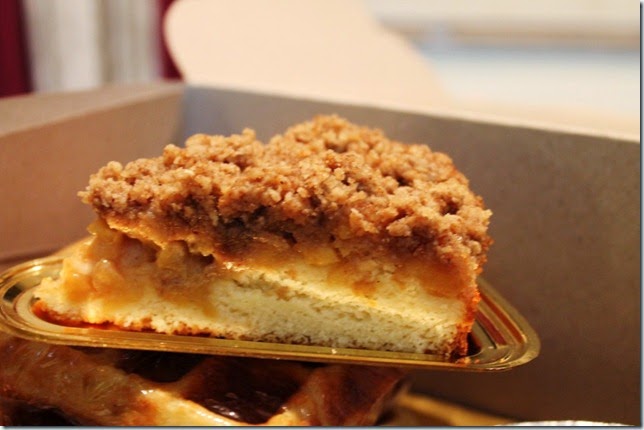 The waffles were ready to toast and I toasted them in a hot oven for ten min at 120 C. I was astonished by the texture which had a crunch outside and was soft inside. The taste perfectly balanced. Not too sweet and just that bit of butteriness. I got the light crunch every time I toasted the waffles and the results never ceased to awe me. They last for a month Gayatri tells me. A great way to have good waffles at home specially since very few cafes are offering them. 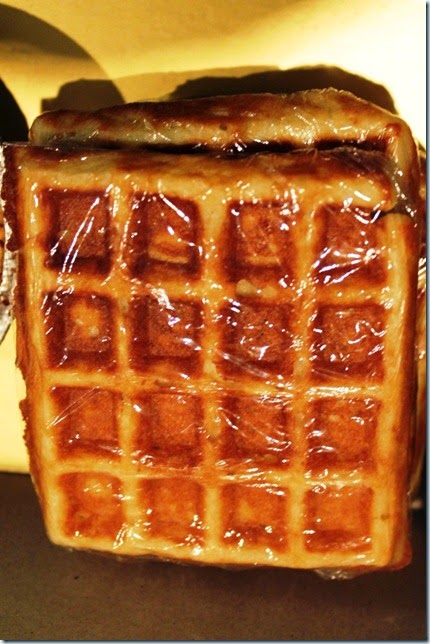 I normally don’t do product reviews on the blog but I felt that the genius of Gayatri, or the Bombay Baker, as she calls herself deserves to be shared.

Disclaimer: The products reviewed were supplied by Gayatri

Kalyan Karmakar said…
they are Priyanka, they are. Just finished the last waffle today and there is just one more cookie left
21 August 2014 at 22:35