Fans of SOBO Asian food legend, Joss, are in for a surprise.

Joss is opening again two years after it shut down in Kala Ghoda after their lease got over. This time at Santa Cruz at Linking Road beside the Mini Cooper Showroom.

I met Farrok Khambatta, the Parsi owner chef of Joss who also runs Amadeus and Umame and NCPA cafe, at a preview tasting at Joss last night.  Farrokh turned out to be a very down to earth person despite his iconic status and pleasant to talk to and he personally looked after our table.

This time his fellow Parsi, K, wasn’t with me but I am proud to say that I was able to stick to my small portions resolve. This prudence was tough though as some of the food dished out by this Dadar Catering College alumni, internationally trained, restaurateur chef was pretty amazing. The food shows great understanding of flavours and textures and competent use of modern culinary techniques.

Khambatta told me that new Joss is one where he wants to take the food of the earlier Joss to the next level and make the food bolder, more interactive and of the sort that engages the diner’s multiple senses.

I saw examples of this last night in the large cavernous restaurant with a minimalistic decor which urges you to sit back and focus on the food. There is a sit out too.

Last night Khambatta personally chose a menu for us after ascertaining that we ‘eat everything’. Though he says that Joss used to be quite famous for its vegetarian stuff too.

I started with a mocktail called fire and and ice which had lovely heaty notes of chilli in a mango juice which you reached after passing through the salt encrusted glass rim. There was a flame in the drink which is nice if you like a bit of drama with your drink. I didn’t know what to do with it and finally blew it off. The large mango chunk got in the way of enjoying the drink too. 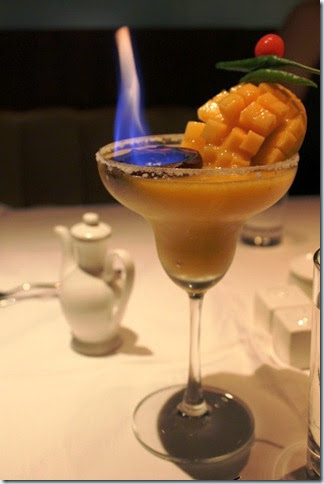 The prawn sushi that we tried was nice, warm and fresh and the rice was not packed too tightly and had a nice bouncy texture to it. Khambatta told me that sushi apparently shouldn’t be served ice cold.

The pounded and seared Japanese dish, tataki of yellow fin tuna with truffle yuzo oil was the most well flavoured and beautifully textured piece of tuna that I have ever had in my life. This was superb stuff. 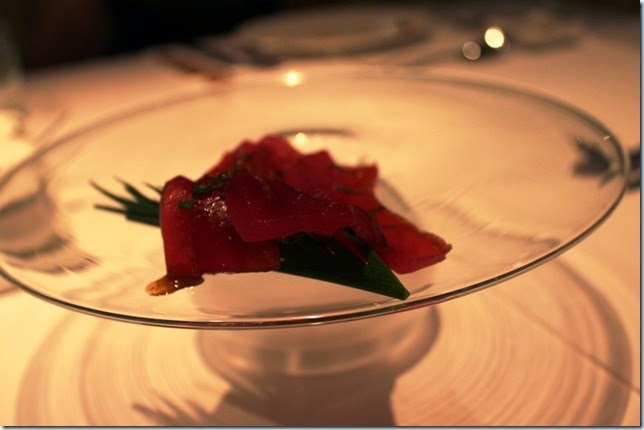 I am not a big fan of dumplings and as dumplings go the one that we tried was pretty nice. 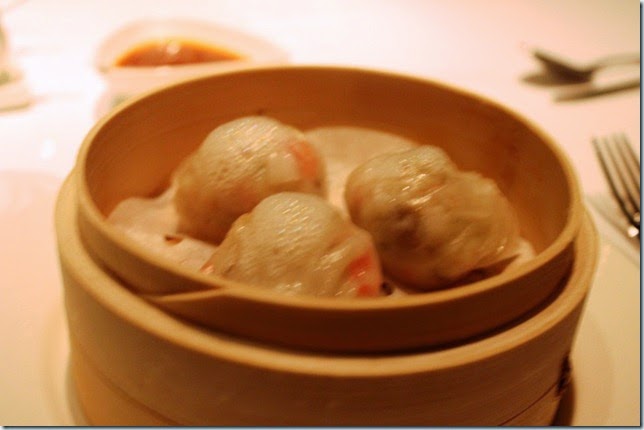 We tried two types of prawns. Mekong whiskey flambéed prawns. Again, like the fire and ice, served with a flame in the centre for some reason. I am not sure if the flame added to my enjoyment of the superbly cooked prawns. 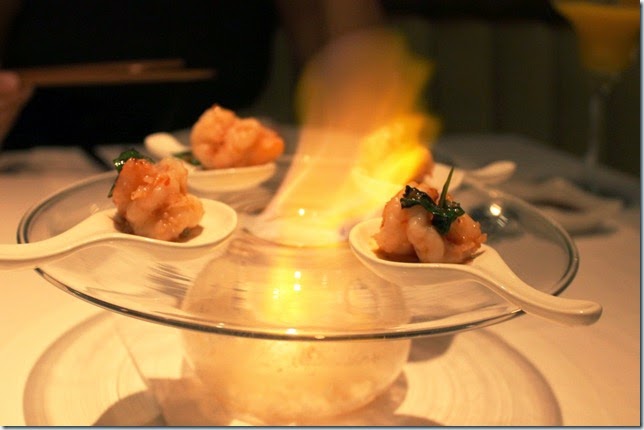 Yum Kung prawn with a pipette jus where you sucked in the sharp juice as you bit the prawns which needed one to exert a bit more than I would like. What stood out in both prawn dishes was the way they were cooked just right. Bouncy, fresh, full of juice, not over cooked at all. A delight for prawn lovers. 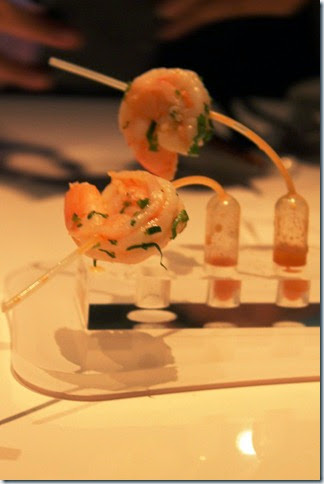 I still can’t forget the jasmine smoked tender spare ribs. It was brought in a glass cloche so you could smell the smoke too. I just can’t get over how the flavours of the smoke had seeped in through the meat and spread evenly making it such a delight to the palate. The meat was cooked to the point of supreme tenderness and the fat rendered so well that you would croon happily as you ate it. This, incidentally, is locally sourced pork. 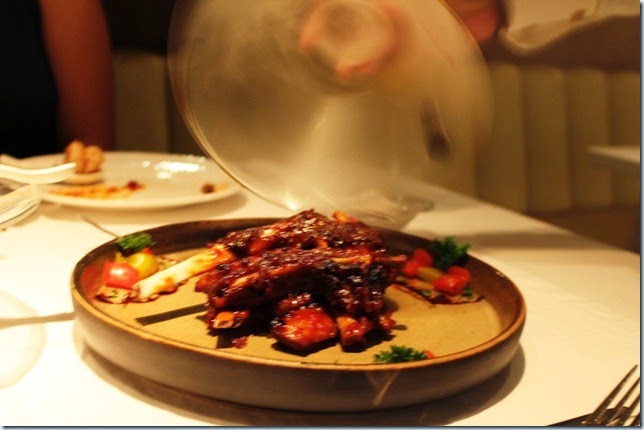 We also had a slow cooked sous vied Iberian pork which had a nice texture and the skin had an interesting crackling which was crisp on one side and tender and pliant on the other. After the smoked pork this seemed to be a bit low on flavouring and is a more subtle dish. 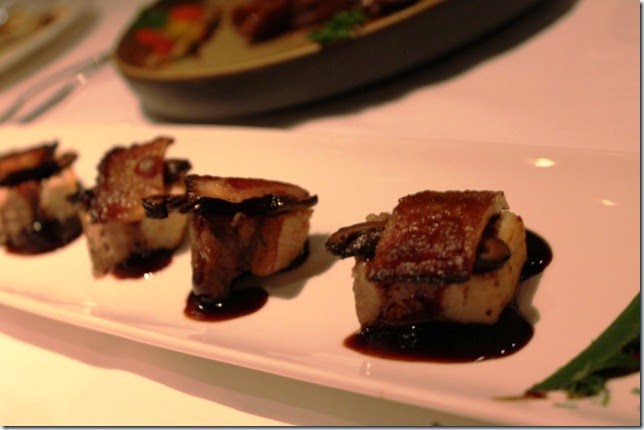 Competing with the the tataki and smoked pork for top honours was the Miso crusted black cod with Shoyu served with sticky rice. The waiter sprayed some wasabi essence after placing the dish but we didn’t really get the fragrances. The fatty butteriness of the fish was enchanting and mesmerising. Worth a king’s ransom. If all fish tasted so good I would easily listen to the doctors and skip pork for it. 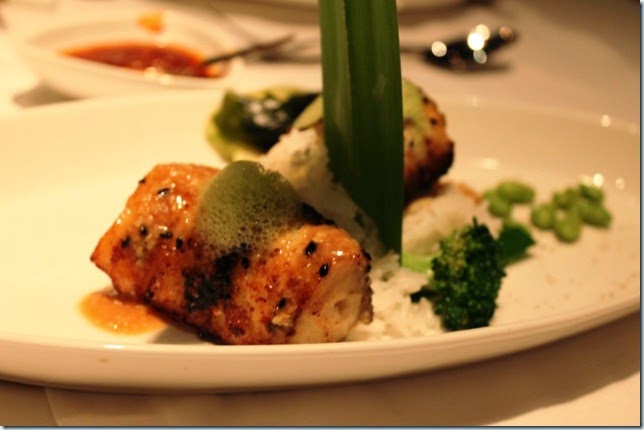 We also tried the Korean Bibimbap of shrimp which was not as spicy as I worried it would be. Was mixed in front of us on the hot stone bowl and served. The high points were the crispy bits of burnt rice but otherwise wasn’t a dish which matched some of the other mesmerising flavours of the night. 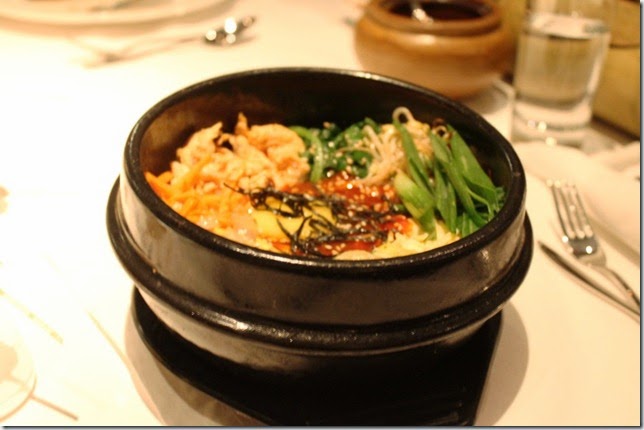 Mesmerising again was the thick coconut milk Thai massaman curry made with tender Kiwi lamb which combined beautifully with the sticky jasmine rice. This was a really tasty dish and had me asking for a second serving. I also tried the vegetarian Burmese khow suy which was nice and light, uncomplicated, the quintessential comfort dish. 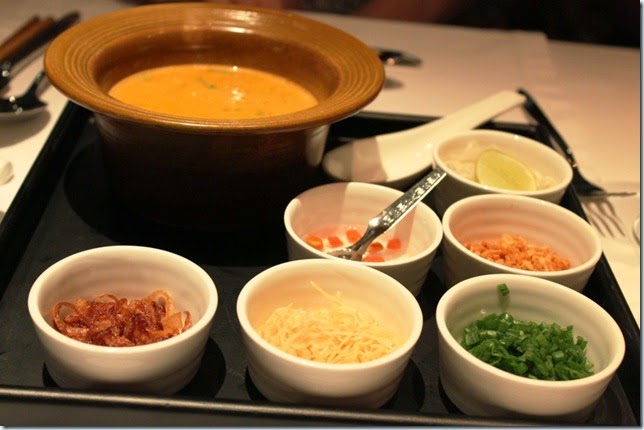 The first dessert that we tried perfectly met Heston Blumenthal’s recent brief of deception in the Masterchef Australia 6 series.

Khambatta calls 'it ‘not egg benedict’. 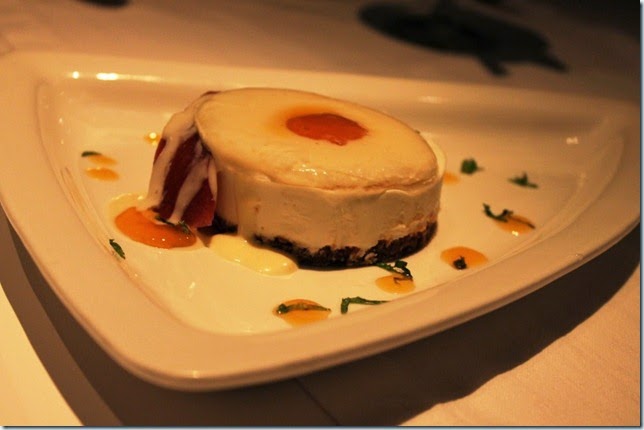 Having had a couple of molecular gastronomy experiences before, I think that this no eggs benedict to me has been the most impressive.

The other dessert that we tried were exploding creme brulee spheres with bailey and citrus and orange flavourings which again would qualify as comfort desserts. I think Joss has the makings of being a strong international standard Asian restaurant in the suburbs.

All the best Farrokh and welcome to this side of Mumbai. 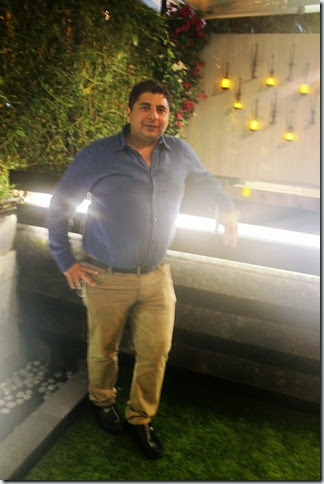 Disclaimer: This was a hosted dinner and not an anonymous review. Given it’s a preview and a tasting meal it is not possible to comment on the service, portion size and costs.

Sassy Fork said…
Absolutely loved the Vietnamese Seafood Rice at Joss....colorful and delicious.Hope it's on their new menu.Loved their dim sum,sushi and in-house icecream.So glad to see they have reopened in the suburbs.Umame too has some of the old menu dishes.
2 August 2014 at 09:22