Why a Mumbai boy feels wistful in Bengaluru...Fatty Bao, Indranangar 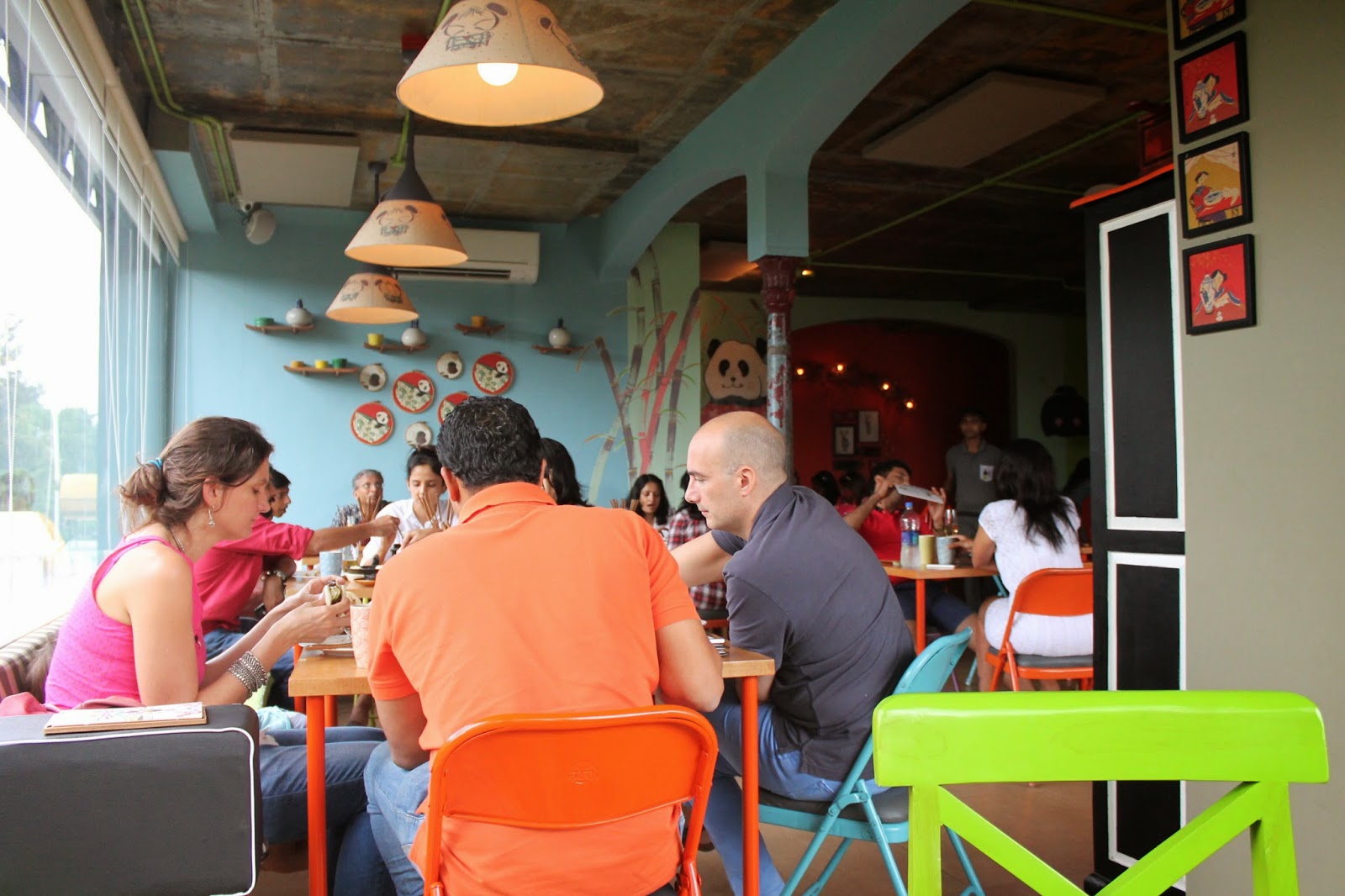 Almost every woman I know in Bengaluru is a chef Manu Chandra fan girl!

It seems that his Monkey Bar is very popular amongst them. As is the newly opened Fatty Bao. I was invited to drop in for a review at Fatty Bao when I went to Bengaluru a month back. I was quite interested given the buzz around it and the fact that it’s an Asian place. So K and I decided to drop in there during our recent weekend in Bengaluru. 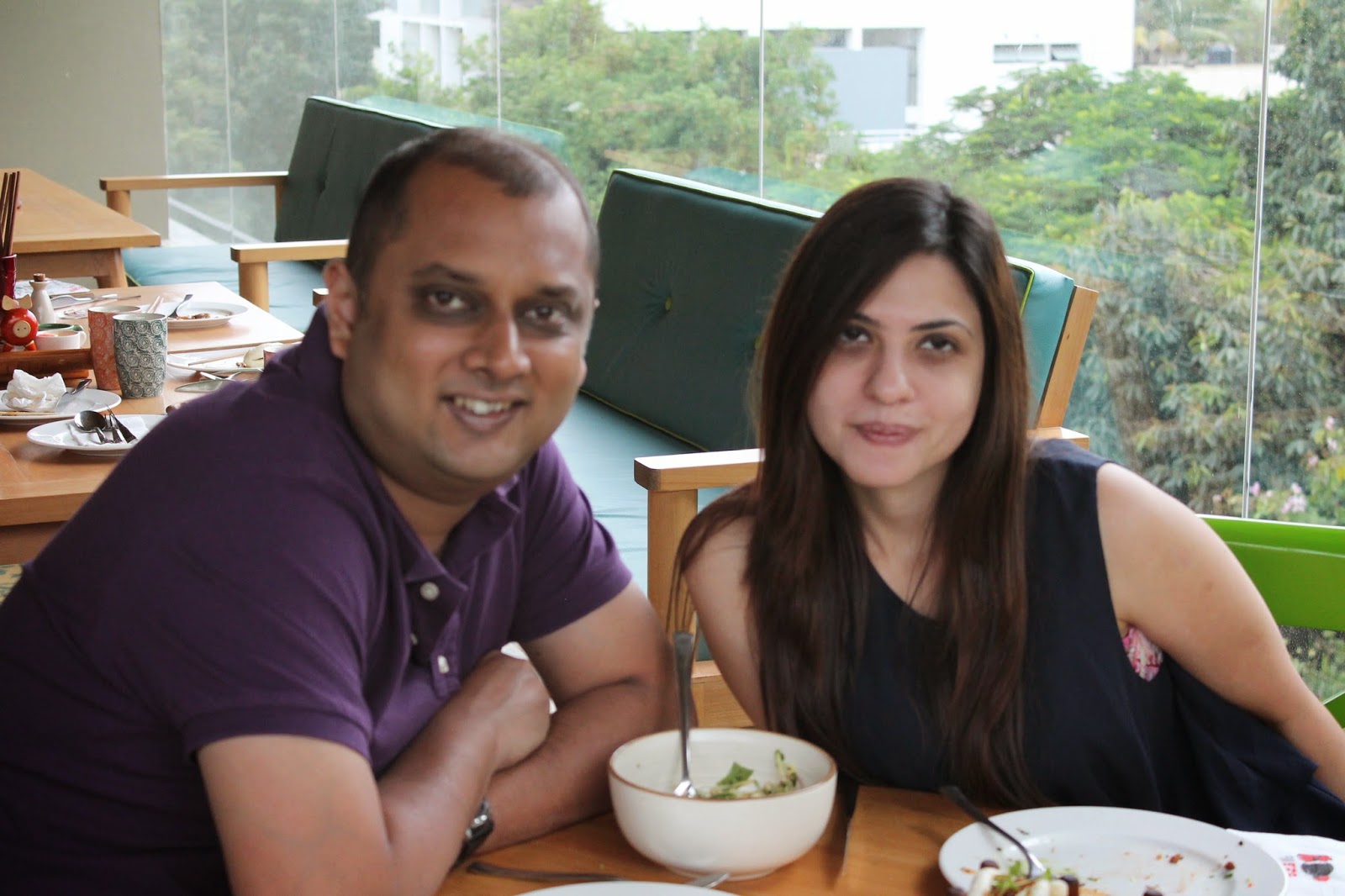 They make it easy for you in Bengaluru and arrange for transport for reviews and the folks at Fatty Bao did so for us too. Makes it so much more convenient. Something for PR and restaurant folks in Mumbai to consider while inviting folks for reviews.

We went to Fatty Bao on a Saturday afternoon which was warm by Bengaluru standards so we sat inside in the aircon. Apparently the open air terrace is recommended at night.

Coming from congested Mumbai we were quite taken in by the ambience. The restaurant, which is on the third floor, has large windows and we sat by one and enjoyed the greenery outside. Fatty Bao is at Indranagar which, from what I understand, is where the restaurant action in Bengaluru is largely taking place. Can’t imagine such greenery and openness in a central Mumbai suburb.

The design was young and peppy. Reminded me of the ‘fun Asian’ Mamagoto at Hill Road, Bandra, but with a better view and better food versus the over the top stuff I have eaten twice at Mamagoto. The chairs were quite comfortable and were not sacrificed for the cheerful motif.

If you want to read on after all the caveats then read on.

We started with a Thai papaya salad. The first thing which struck me was that it lacked the sweetness of the Thai salads I am used to in Mumbai. Had it only once in Bangkok and don’t remember much of the salad there. There was a slight chaat masala taste to the salad at Fatty Bao. In fact through my meal I saw this restrained when it comes to sweetness flavour profile repeated in the food at Fatty Bao. Most places in Mumbai tend to crank up the sweet quotient when it comes to Asian food. Not so at Fatty Bao. They do love their palm sugar in places like Malayasia, Singapore and Thailand from what I have seen. I liked the balance at Fatty Bao. 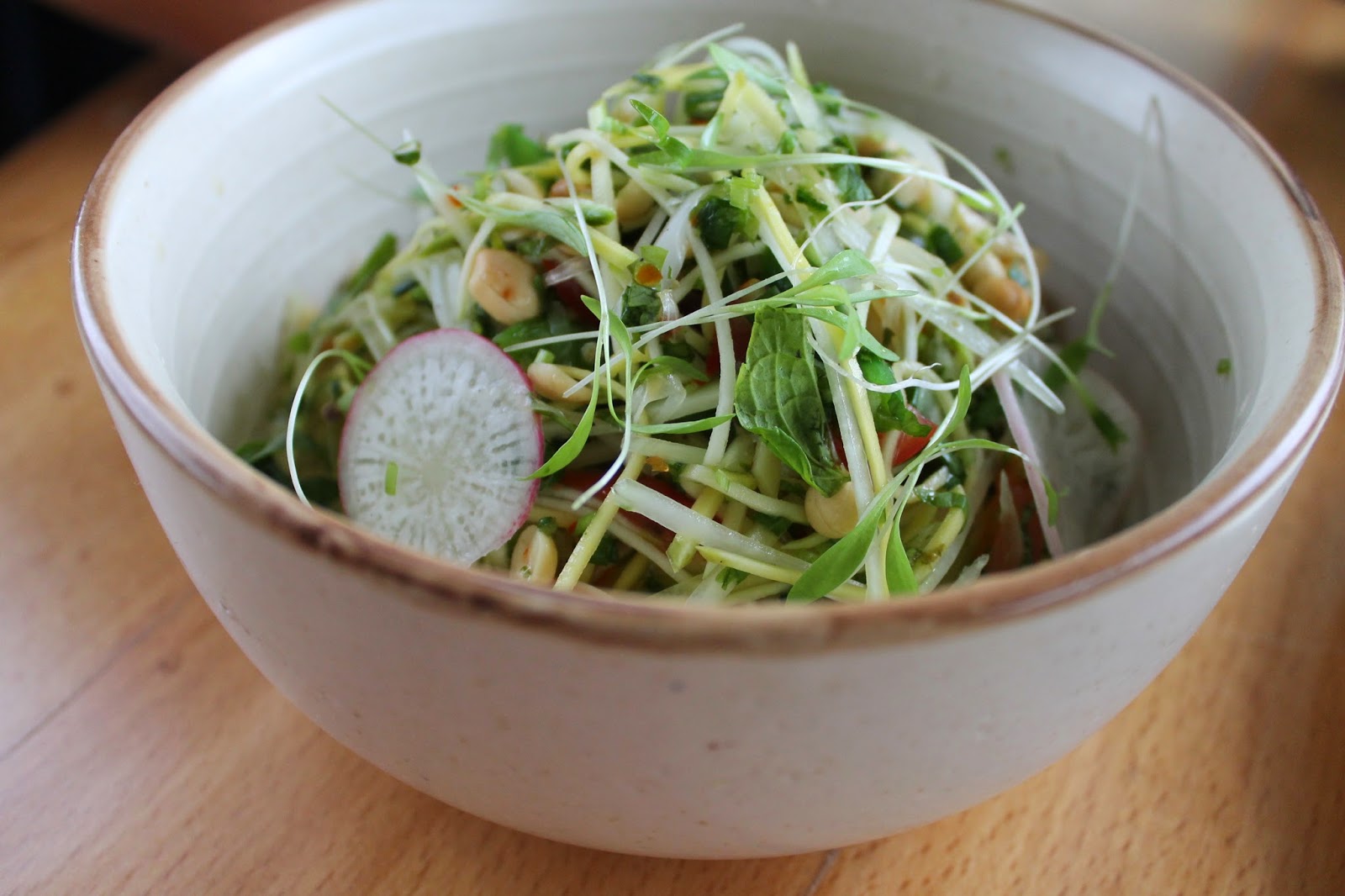 We had a Japanese styled dumpling gyozo with beef where the pan seared dumpling casing was quite thin allowing you to enjoy the beef properly. The menu said jalapeno too and I guess that added a slight tanginess to the meat. 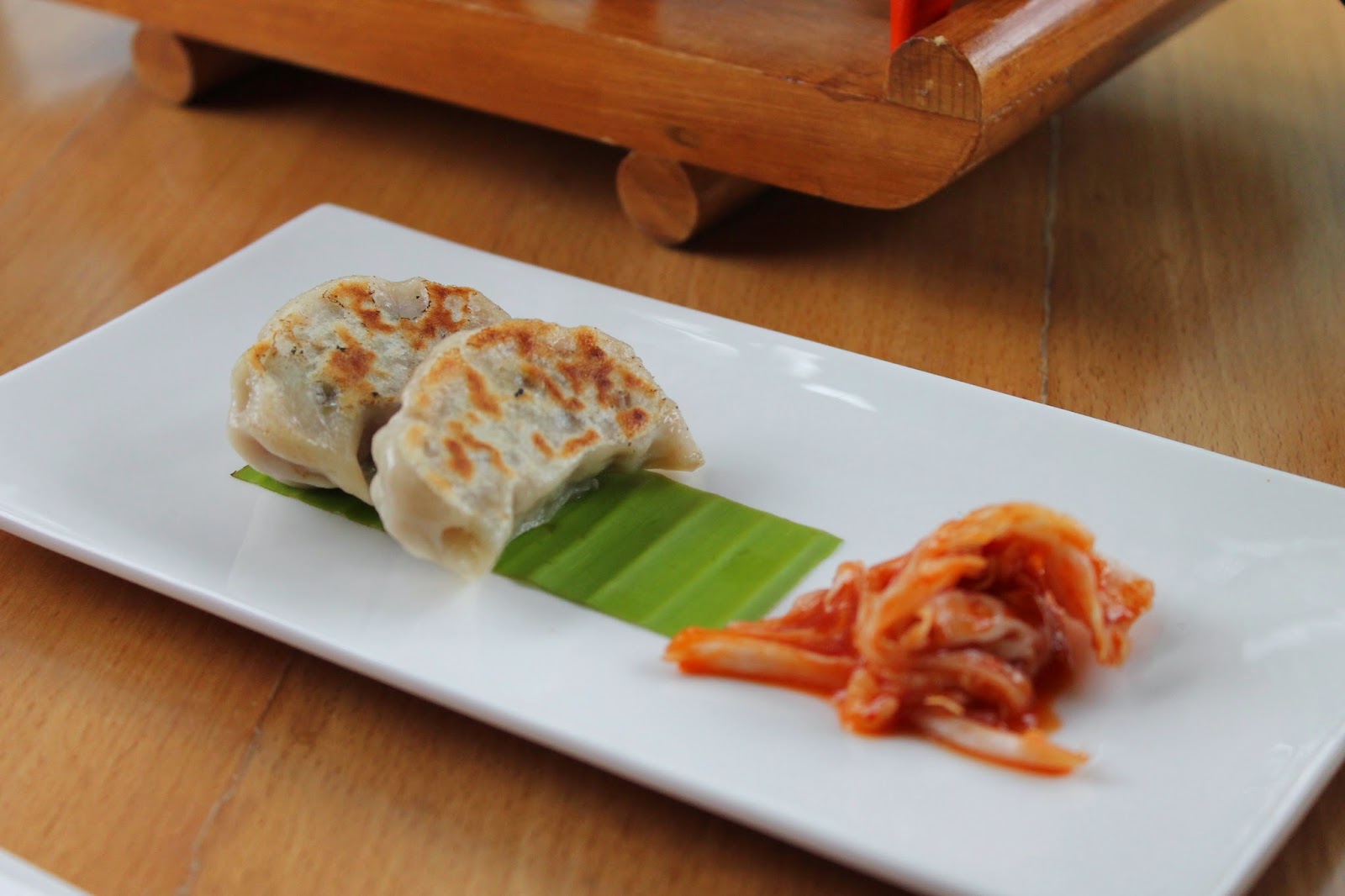 We also had the Sheng Jiang Bao, a pan seared dumpling. This one was with hosin and duck sauce. The casing again thin and crisp allowing you to enjoy the restrained flavours of the tender duck. Duck can be over cooked and people often err on the side of excess when it comes to Hosin. No such problems in Fatty Bao. 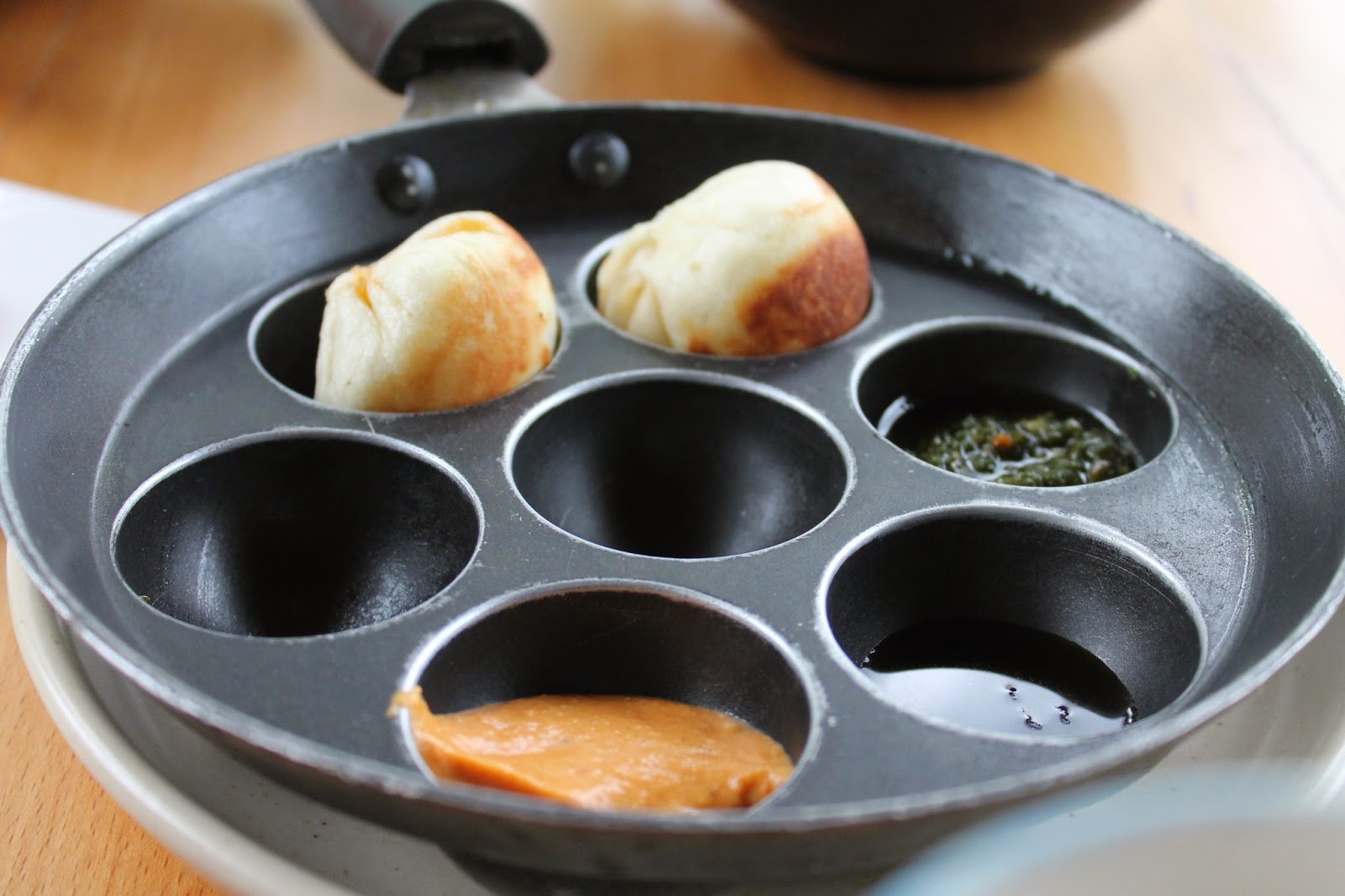 There weren’t too many raw fish options in the sushi so I chose the tuna tartare sushi. I just loved the moist texture and the incredible flavours of the tartare. The rice was not too cold or clammy as it often is in Mumbai. The rice at Fatty Bao had quite a bit of life and was served at body temperature. The pricing, if I remember, was not too over the top. The sushi had a very pleasant and light mouth feel. 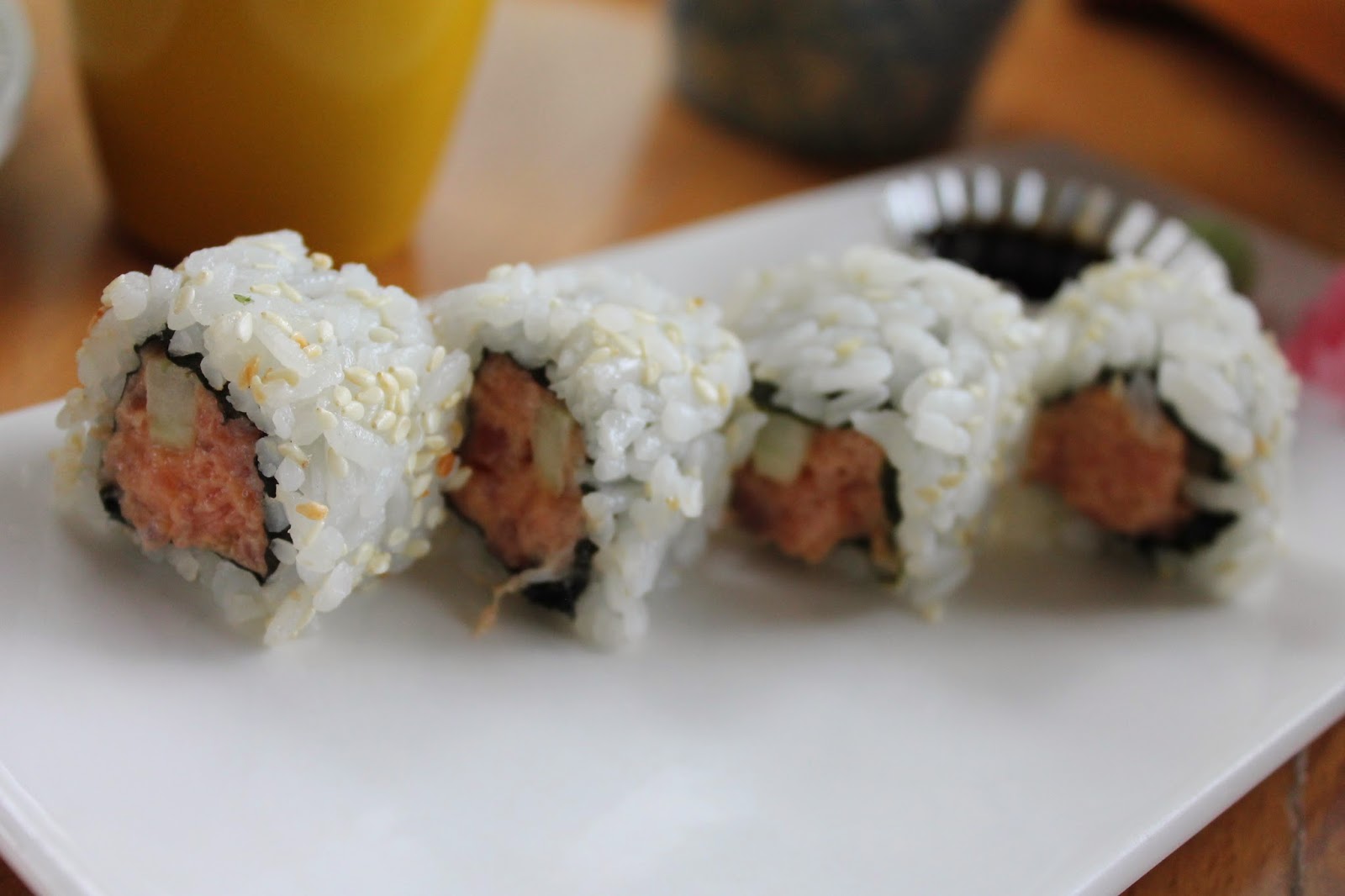 There was a salmon carpaccio sashimi which was served in a light soy dressing which had a strong taste of good salmon which combined very well with the dressing. If sharp flavours are your thing then this will work for you as well as it did for me. The slices were fairly thin making the texture pleasant. 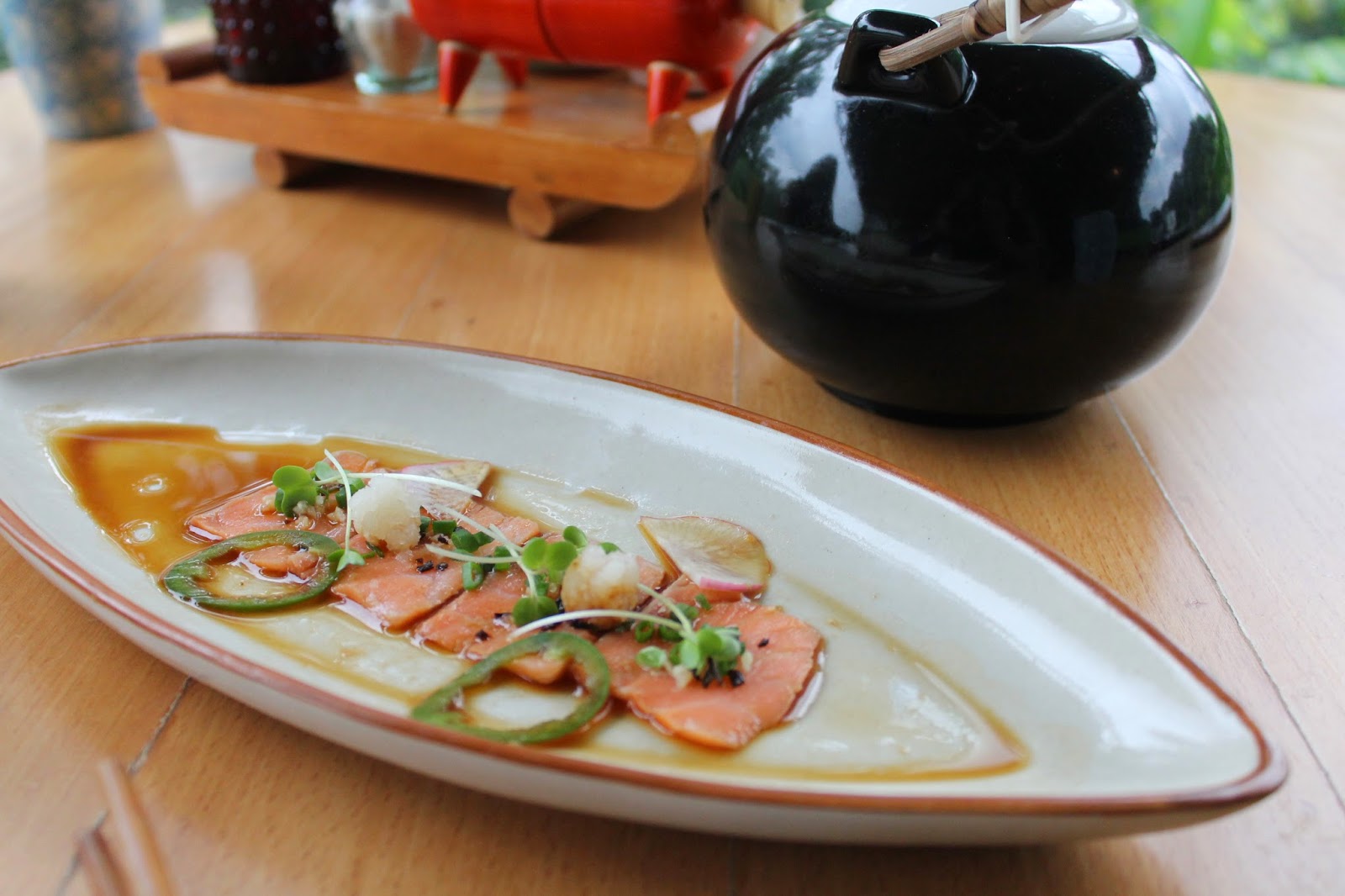 The kam heong kalamari was quite excellent. The calamari fried just right and rendered juicy and bouncy and not chewy at all. The coconut milk and curry leaf flavouring gave it a slight Malay taste. I really enjoyed this dish. Took me back to Langkawi. 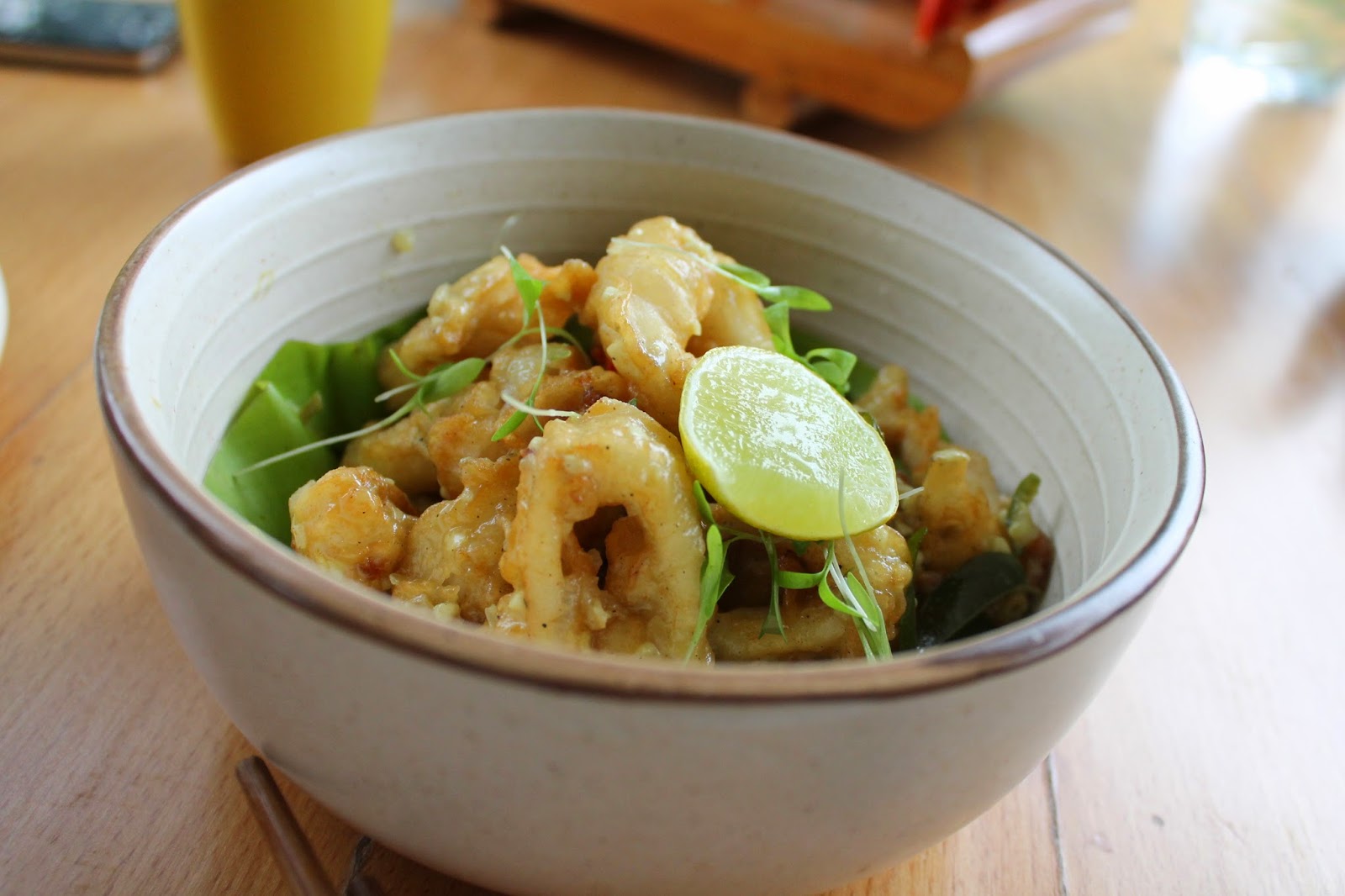 We tried a char siu ban where the red chilli powder threw me off a bit. Rajesh told me that it was Japanese chilli powder. The pork belly was fairly tender but lacked fat and fat is, after all,  the whole point of pork belly. A (largely) fat free pork belly is like an Argentine team without Messi. Didn’t give the sort of joy it should have. Again, while it had hosin sauce the sweet notes were toned down. The red chilli powder bothered me visually. 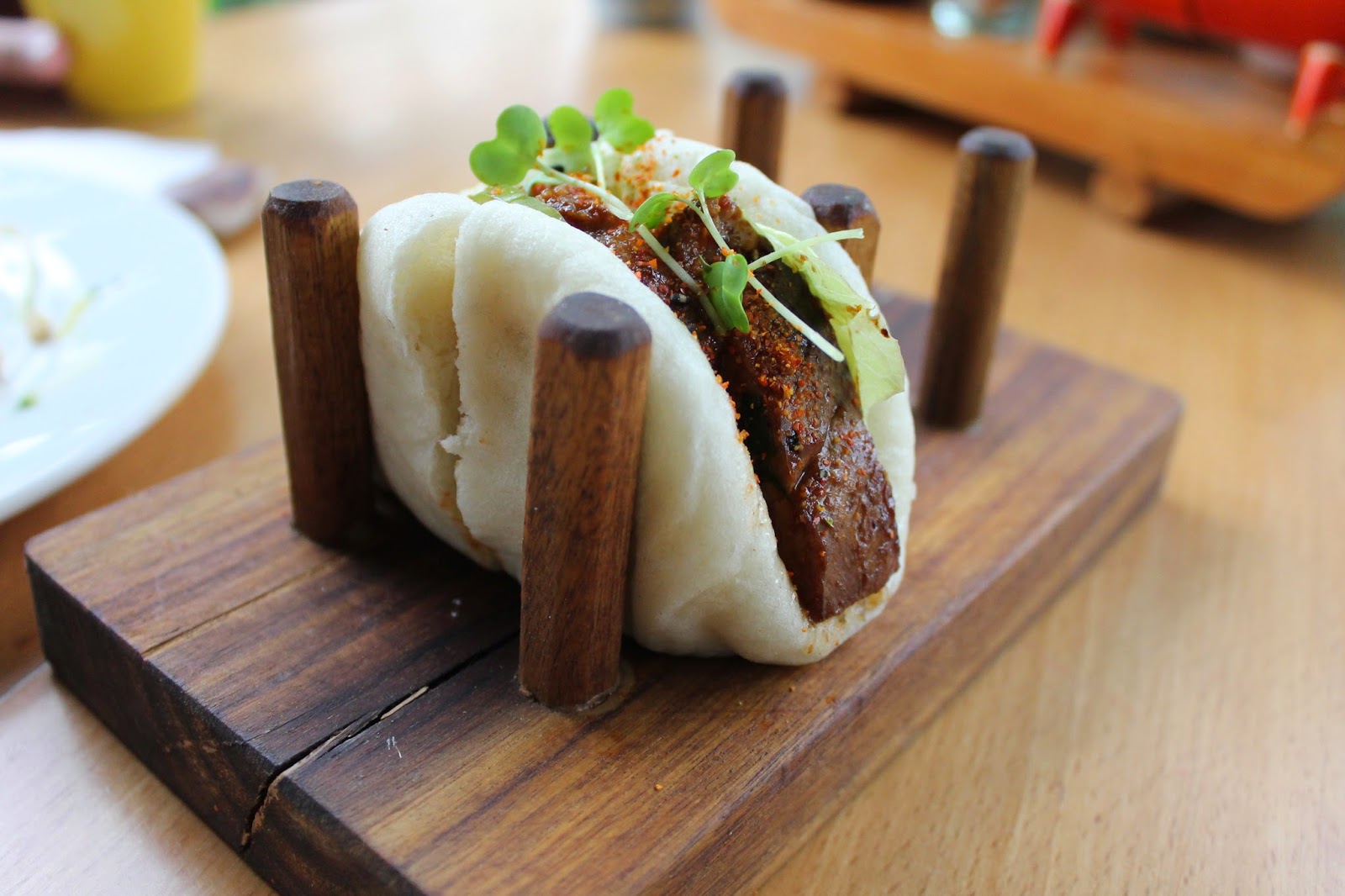 I tried the pork chashu ramen. The menu says that the broth is slow cooked and frankly the pork flavours were very pronounced in the meaty yet clear ramen broth making it a very flavourful dish and reminded me of the excellent char siu pork ramen that I had at Big Daddy’s in London. No complain on the fat quotient here as the pork was pleasantly chubby and fatty. It again had the darned red chilli powder. 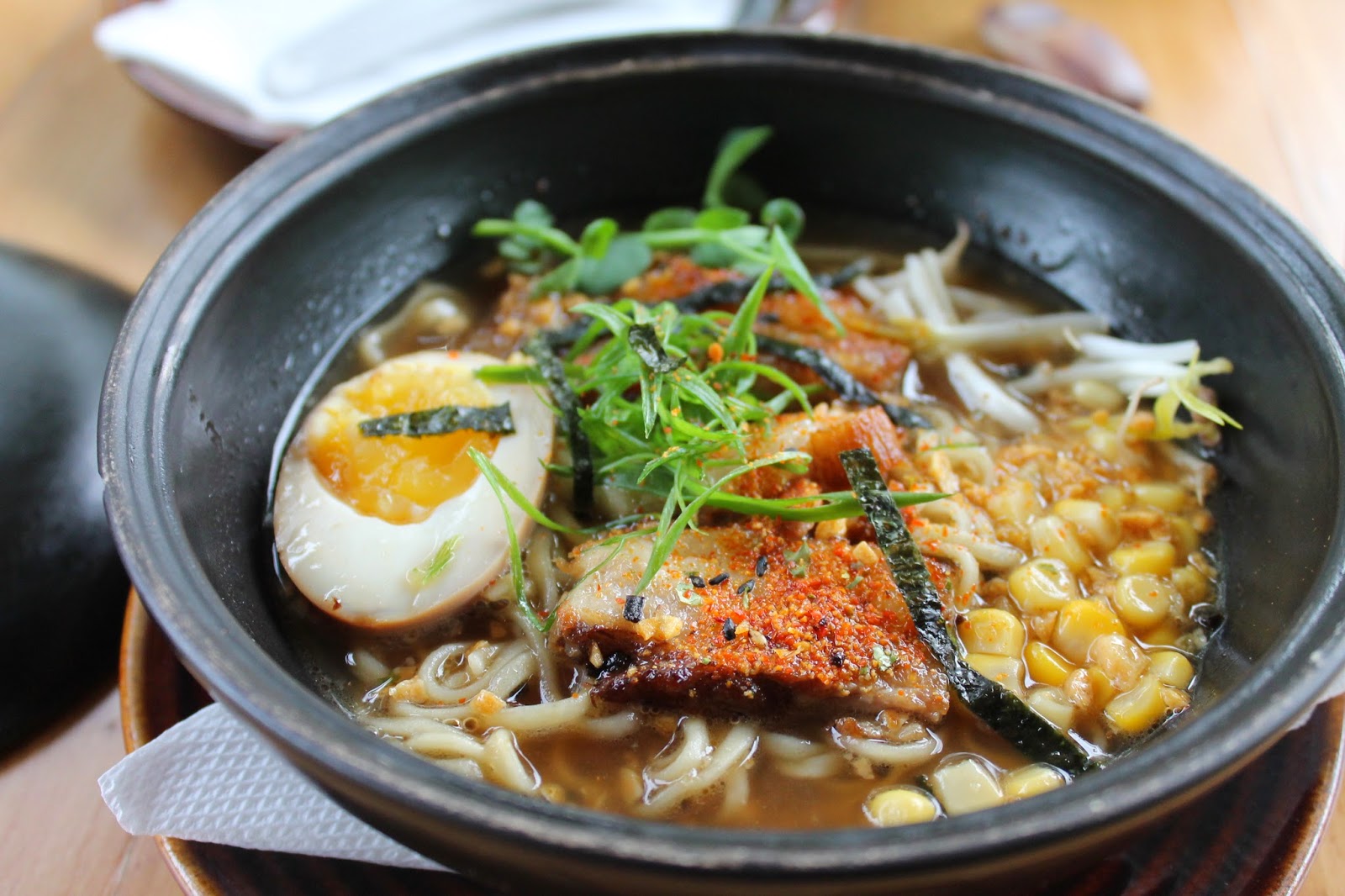 The last dish that we tried was the seafood Nonya curry. I was at Singapore recently and had 4 or 5 Nonya dishes there and the one at Fatty Bao didn’t resemble any of the nonya dishes that I had there. What the curry in Fatty Bao was like was a very good Thai green curry with the balance of flavours just right as was the consistency perfect and not too thick unlike what is served in Mumbai. The prawns and fish were cooked delightfully. Not overcooked and the curry had taken the flvours of the seafood. A very comforting dish. 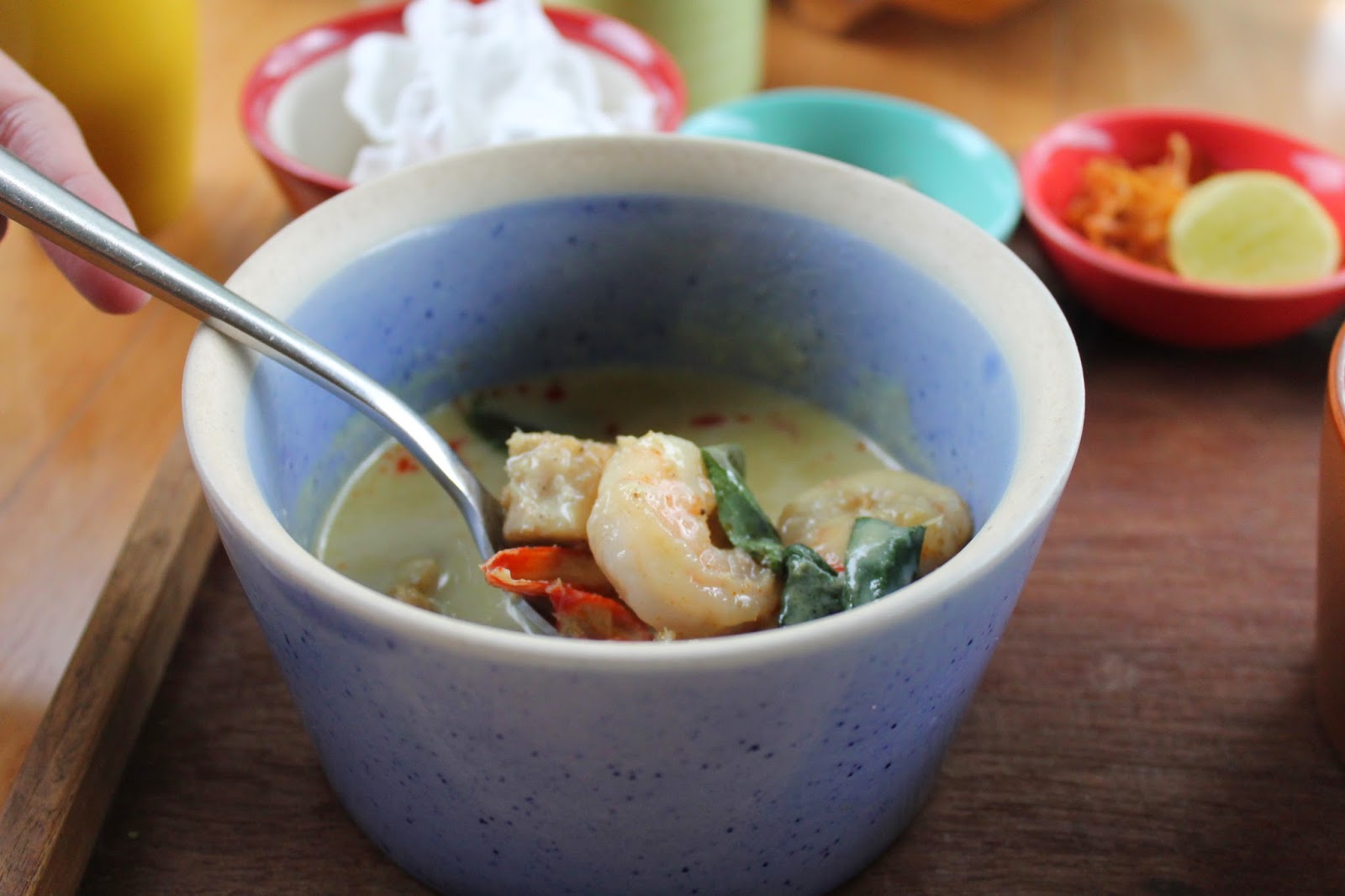 We were too full for desserts.

Overall I would say that with the quality of the produce used, the restraint shown in the flavours, Fatty Bao made me jealous of the folks in Bengaluru.

If it was in Mumbai I would definitely have visited again.

Disclaimer: This was a review hosted by Fatty Bao

Anonymous said…
Hi !
My name is Phuong, currently working for foodpanda India with Food Delivery Service via website: www.foodpanda.in. I would like to take this possibility to introduce foodpanda to you and hope to cooperate with you. Please let me know if you find our website interesting and see the possibility of working with us. You can contact me at: p.le@foodpanda.com. Looking forward to hearing from you. Phuong
1 September 2014 at 15:32

Kumar said…
Do try redfork and daddys deli on the same road as fatty bao the next time you're in Blore
9 September 2014 at 17:59