Sunny side up at Suzette Bandra, Mumbai 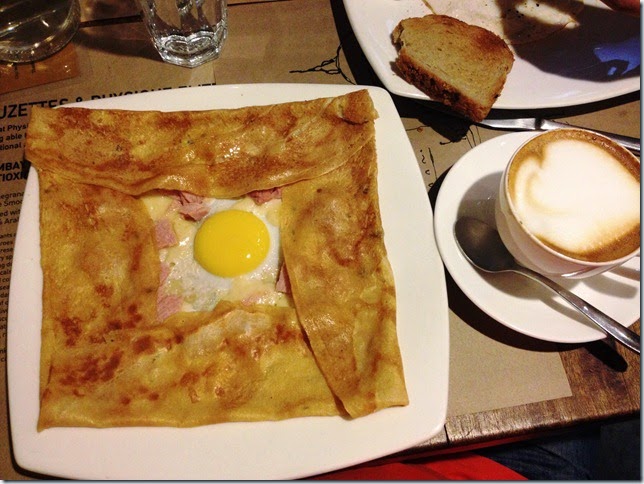 There are times when disappointments lead to discoveries.

A couple of weeks back Candies was having some sourcing problems with coffee beans and didn’t have cappuccinos on offer. K was pretty distraught when we went there on a Saturday and didn’t get a cappuccino. She dotes on the Candies cappuccino and was looking forward to it all week. Since the cappuccino wasn’t there we decided to move out and check other options where we could get cappuccinos and breakfast.

I suddenly thought of Suzette at Pali Naka, down the road. Had been planning to try the breakfast there for a while. So we headed there. It turned out to be a really pleasant experience and was good enough to make us return with my mom in law when she came to our place a fortnight later.

Suzette is a fairly small and cramped place but that’s Bandra for you. They have an outside section, which, given the dust, heat and honking traffic we avoid like the the plague. On both occasions we managed a place inside. The seating is tight and this is not the place to go to if you want privacy. First time around we heard our neighbour’s point of view on investing in India to the T. On the plus side, seeing us trying to take selfies she got up an offered to click us. Despite the cramped seating, I must say that the chairs are fairly comfortable. On both occasions we went on weekends when the place was crowded and yet the service was efficient and fast.

We sat next to the kitchen and I saw the chef who later featured in the same episode of Chef Chinu’s Sunny Side Up in Food Food that I did. I laboured in Hindi talking about my life as a food blogger on the show and then cooked a salad on it. 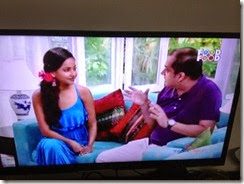 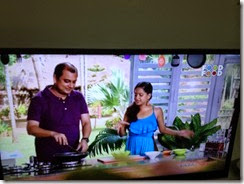 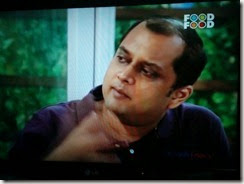 K had sunny side ups on both occasions in Suzette and was quite happy with them. “Seasoned well” was her verdict. The bread served with the eggs was of good quality. 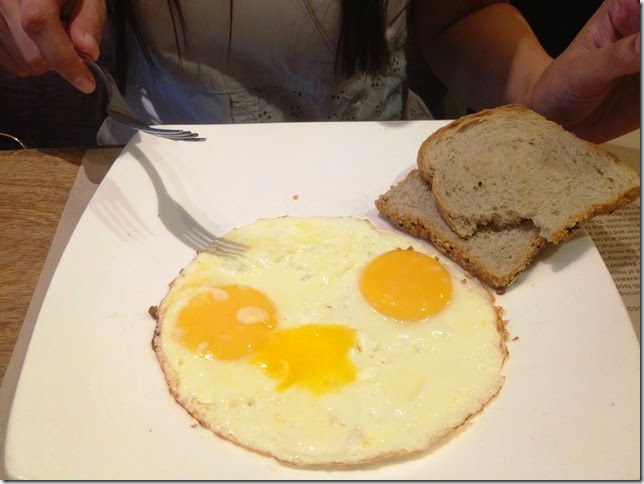 The first time I tried a baked egg dish called cocotte and chose the ham and mozzarella option. The quality of the ham was very good and it was quite flavoursome. I didn’t get a taste of the mozzarella though. I found the eggs too runny. The waiter told me that’s how it is served. I requested for the second cup of baked eggs to be done a bit more firmly. This time the yolk was firm and not jelly like. The egg white, which was watery earlier was grainy now. Possibly because the mozzarella had curdled in the heat. Well I had been warned, the dish was meant to be served runny. The dish was served by the generous bits of great quality ham which one got with every bite. 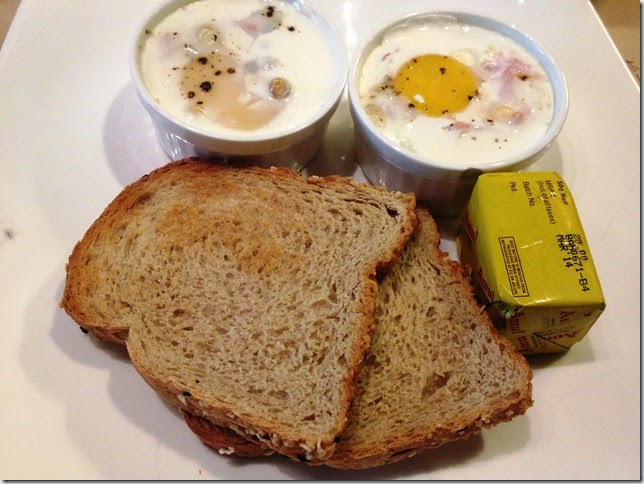 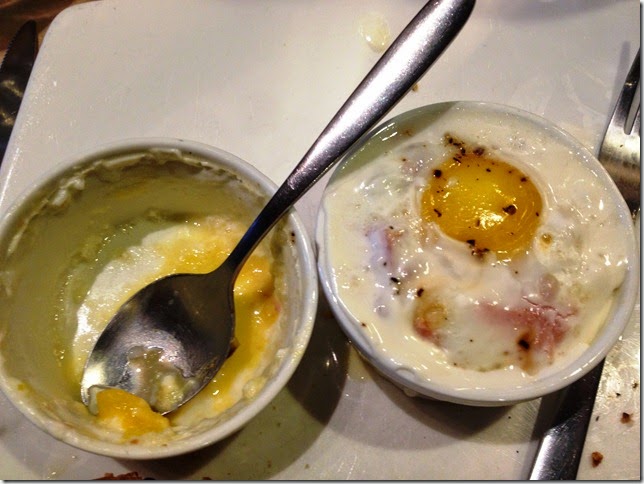 The next time I decided to try a crepe and by then I had seen the chef make some nice crepes on TV. I went for the egg with emmenthal and cooked ham crepe. They were out of buckwheat so the crepes were made with maida flour. This gave a thin paratha like texture to the crepe. What stood out for me was the taste of emmenthal that permeated through the crepe. I have often been disappointed by restaurant dishes where you can’t taste the featured cheese. As a cheese addict I appreciated the flavours of emmenthal that came through in every bite of the Suzette crepe. The ham once again was very good quality. The egg came in options of well done and sunny side up. I chose the latter and skipped the yolk. In retrospect the only change I would make is that the next time I would share the crepe as I felt it was a bit too much for one person. 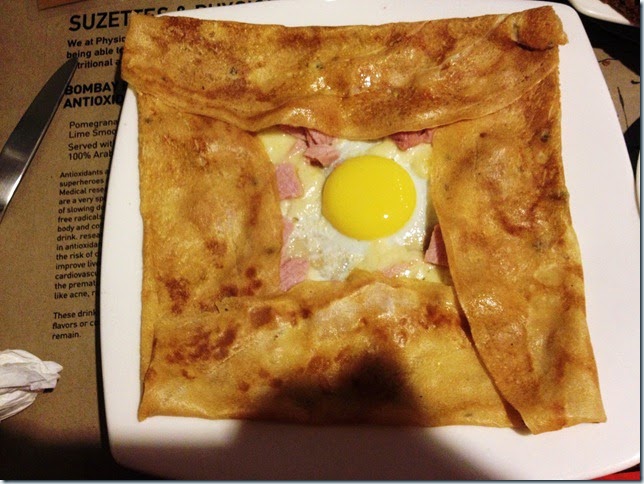 Mom in law had a cheddar and fried egg crepe and looked quite happy. I had a bite and again found the taste of cheese reassuring.

Adarsh Munjal of Big Bhookad had told me that the hot chocolate at Suzette was his favourite till he discovered Birdsong and its hot chocolate. My mom in law is a devotee of hot chocolate and this was one of our reasons to visit Suzette with her. 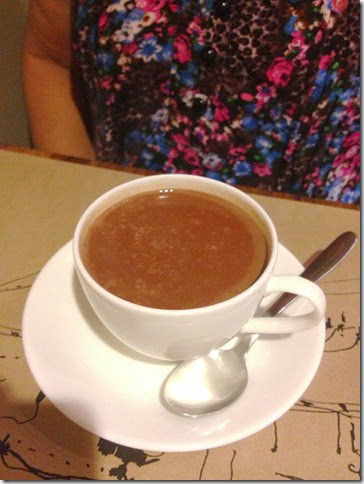 When your core is good, you don’t need to dress it up.

What about the coffee? That’s why we came here remember?

Well the cappuccinos on both occasions were pretty good. At about 120 bucks at par with coffee shop price levels. I found the coffees to be pleasantly strong. Apparently the default option here is a double shot. The cappuccinos are served frothy and hot. 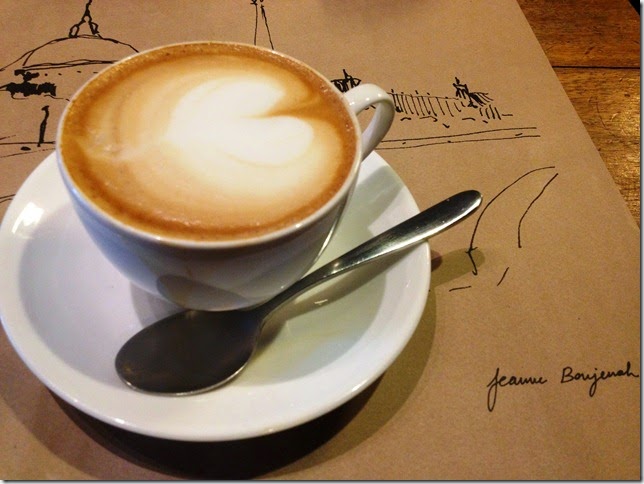 The good news is Candice and Allan have sorted the beans problem at Cadies and I am sipping on a Candies Cappuccino as I write this. 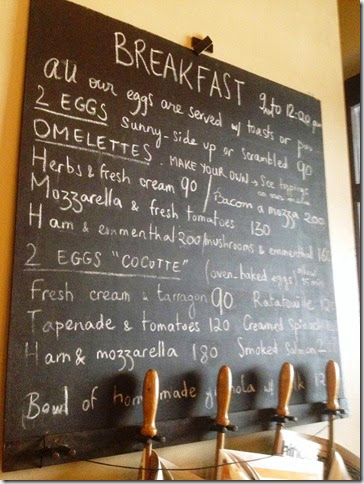 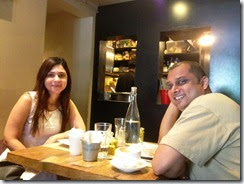 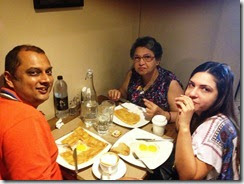 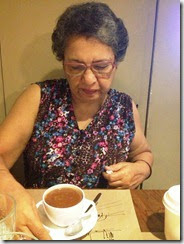 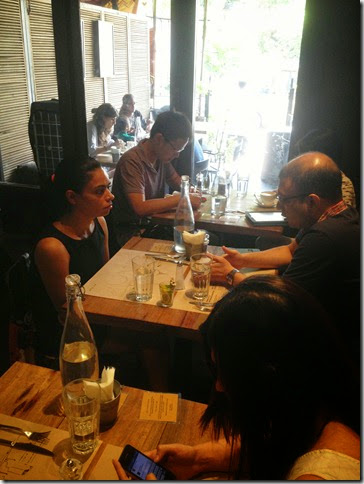