So I am back from a quick trip to Delhi.

I stayed back a night after Delhi to visit my brother and sister in law in Gurgaon where I had a couple of good meals before heading home. We went to Pind Balluchi at night for dinner with some friends of my brother’s. It was a birthday treat from Dwaipayan, a friend of his. We had gone to Pind Balluchi in Sector 29 last year too and I enjoyed the robust North Indian fare there. I had a fun evening with the ‘little ones’ and the food was great. The lassi and the dal makhani which I loved last time as well wowed this time too. The chicken in the kebab platter was very succulent and juicy. New discoveries were the pind chhole and the hearty kheema matar. A really good place to go to for Punjabi frontier fare.

Next morning I met my friend Nilakshi for breakfast before I took my flight back. One of the few people I will wake up early to meet. We went to Cyber Hub and there to Au Bon Pain, the bakery chain. I had a pretty competent cappuccino and we both took cream cheese and salmon bagels. We were both impressed by the generosity of the cheese and the salmon ( think it was 229 or 299 but could be wrong as N treated me). I took the whole-wheat bagel. It was more soft than chewy. I know people look for chewiness in bagels but I love soft breads and this worked very well for me. 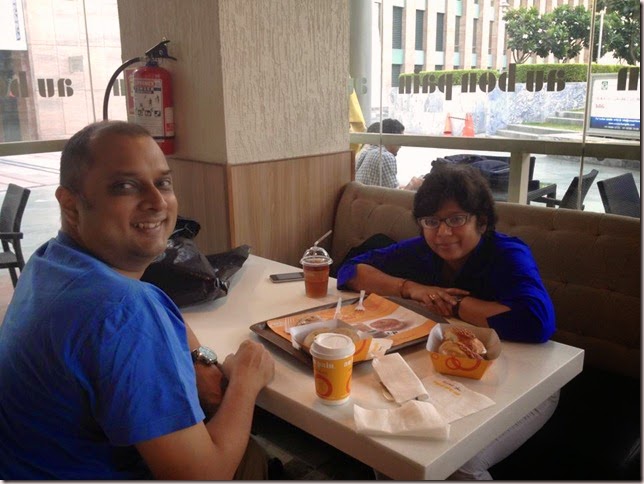 Au bon pain is quite a cheerful place to meet for breakfast. They have a range of fresh bakes, coffees, iced teas, birch muesli and a fruit salad which Nilakshi swears by. Nice to have a breakfast option like this in an office complex.

I had gone to Delhi as a part of the launch of the Lenovo Yoga Tablet 2. I was one of the four folks from twitter endorsing the campaign. The others were actor @Ashwinmushran, gadget guy @Ankitv or gadgetwala and movie critic @mihirfadnavis. A social media campaign was built around the four of us as a precursor to the launch and we went and shot for it in a studio in Malad. A week later we headed to Delhi where we unveiled the tab!

To no more about the campaign do read this analysis by Lighthouse Insights.

Another example of a blog using social media to promote their products and I am glad to be a part of it. 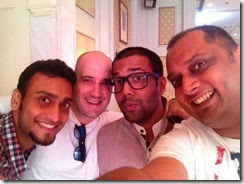 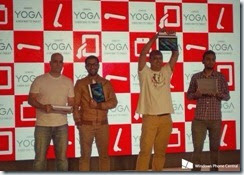 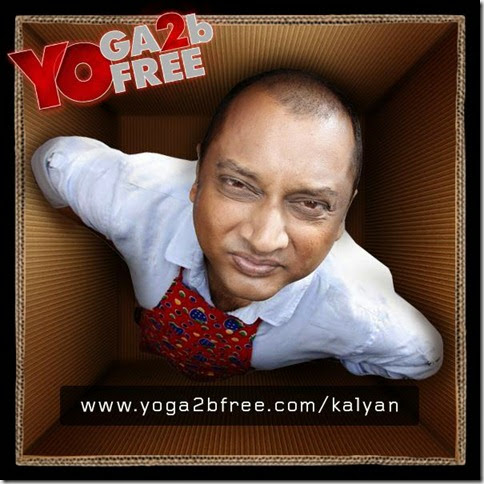