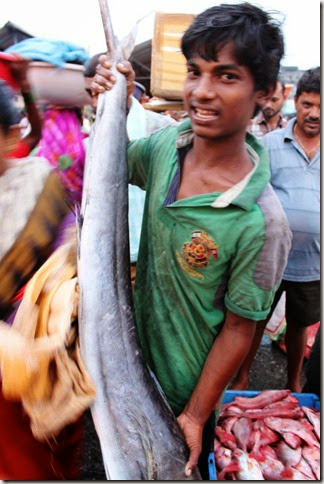 It’s 5 in the morning. I have managed to hail a cab by waking up the driver of a cab parked near our house. We are headed to Sindhudurg, the Malvani restaurant at Dadar. At Sindhudurg I pick Sanjay, one of the trusted lieutenants of Prabhakar Desai, the owner of Sindhudurg. Sanjay is going to show me where the fish that feeds the patrons of Sindhudurg is bought from.

We set off from Sindhudurg. It’s a few minutes past 5 am. A time of the day I am not familiar with. It’s dark outside. It begins to drizzle. I am a bit worried as we head to Sassoon Docks, one of Mumbai’s oldest fish wholesale markets. Will the rain come in our way? 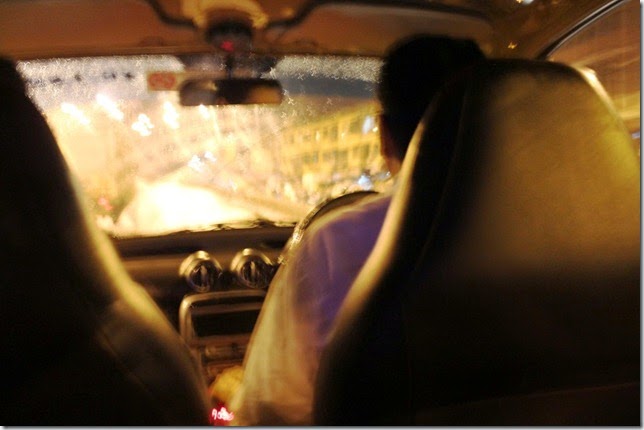 There is no traffic at this time of the day. Mumbai looks so different. The only exception being the bhaaji market or the vegetable wholesale market operating on the streets of Dadar. By 8 am the stalls there will disappear Sanjay tells me.

We drive down the sleepy roads of South Mumbai, past the grand CST, the poetic streets of Colaba Causeway. The drizzle begins to dry up much to my relief. Neither of us is carrying umbrellas. Suddenly the strong smell of fish hits us. We are at Sassoon Docks. 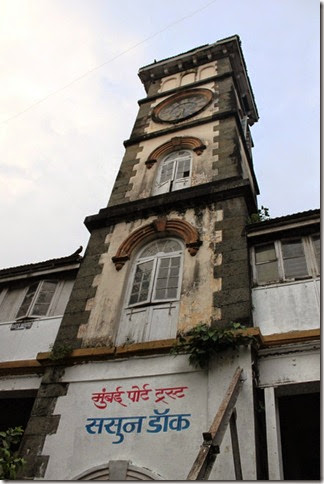 There is a garbage dump at the gates pushing away all notions of romance. This is a place for serious business and not for amateurs or for people who have come for sightseeing. We drive past the gate and see the crowds swelling up. There are loads of men and koli women walking around purposefully. Some stopping for tea at a couple of tiny restaurants there. 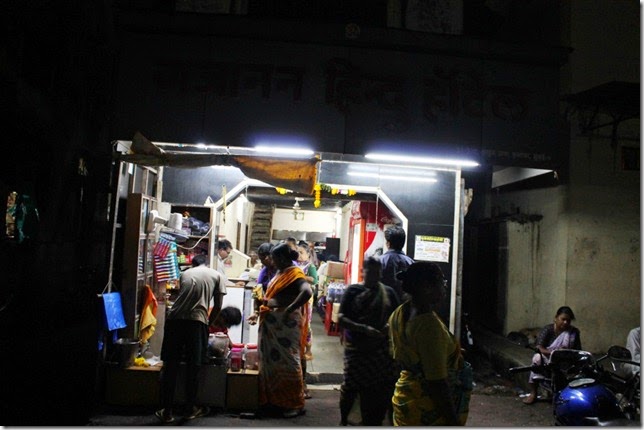 We reach the entrance to Sassoon Docks and get off. The smell of fish becomes even more intense till one becomes numb to it.

Sanjay leads me in and I step into the market gingerly. It is not a place for the unsure. Sanjay almost grabs me by the shoulder and tries to navigate me through the crowds. We are buffeted by people and the phrase ‘packed like sardines’ was never so apt and ironic. It’s been a while since I have been among so many people. Everyone is marching around at a fast pace. It’s like a Virar local on steroids. 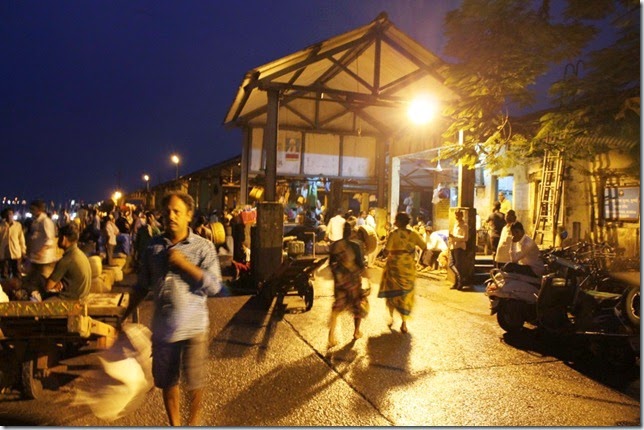 The floor is slippery and it is not a place for sleepy heads. However the raw energy of the place wakes one up. My eyes begin to focus on baskets of fish. A variety way beyond what I see at my local Khar market. Stingrays to little fish one has never used or seen. Sanjay tells me that they stick to pomfret, surmai, clams, ravas, mackerel, prawns and Bombay duck in the restaurant. There are varieties of fish here on display that they don’t use in Sindhudurg. 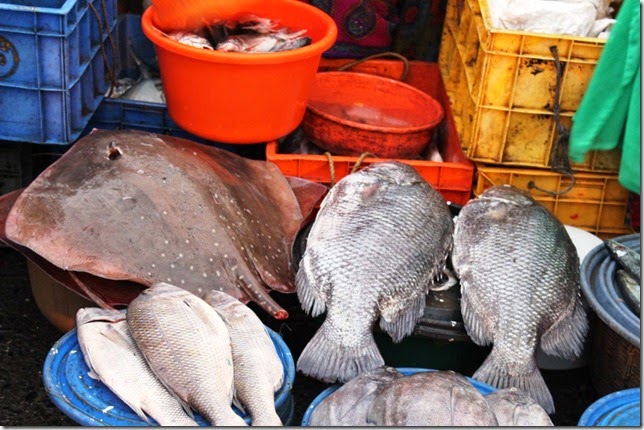 Sanjay points me to a man circled by Koli women. 300…400…450…the man cries. Sanjay explains that it’s a spot auction going on. As I look around I see many such spot auctions going on.

I try to photograph them but my camera struggles to capture the fast paced action in the low light. Plus I keep getting knocked around when I stop. This is a place of work after all with no patience for bystanders. 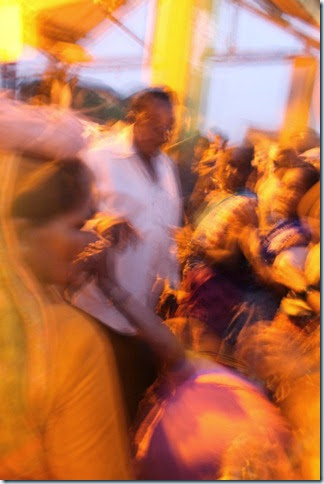 Sanjay leads me to the ledge of the docks. He points me to trawlers anchored over there. He tells me that all the fish here is brought from the surrounding seas. That assures its freshness and quality according to him. They don’t have fixed sellers whom they buy from at Sindhudurg. The fish for Sindhudurg is bought from whoever offers the best deal. This helps them offer good prices to customers. Quality is never a worry here Sanjay assures me. Given the chaos around, spotting specific sellers every day would be tough I am sure. 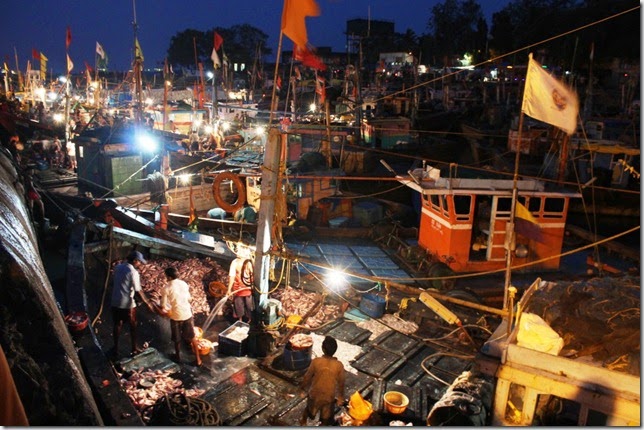 The dawn begins to break. The frenzy doesn’t reduce. But at least I can take a few pictures now with the light coming to my help. 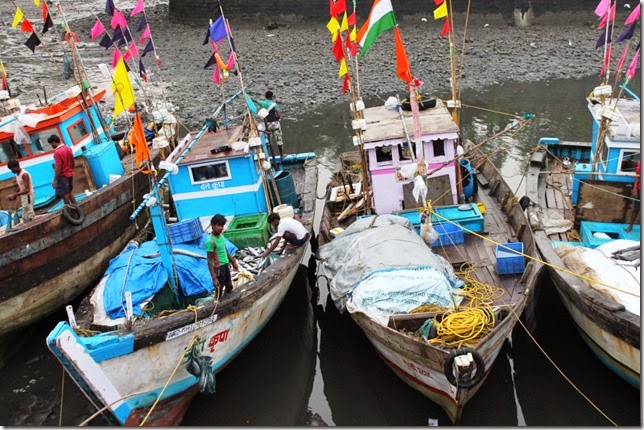 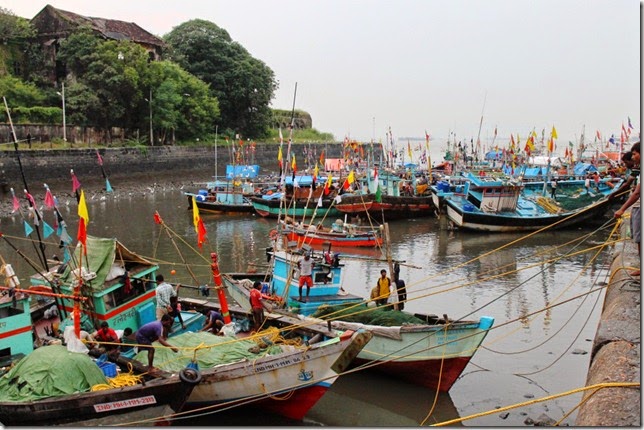 Sanjay tells me that the crowd is slightly less if one comes at 4 am and begins to build up post 5 am. It starts to slow down a bit by 9 am and clears up by 10. “Don’t wash the clothes you are wearing today in the machine as everything will smell of fish”. He tells me that if it was not for me he would have come in shorts. He thought he would wear trousers today since he was my host. Even I regretted wearing jeans instead of shorts and sandals instead of rubber slippers. The floor at Sassoon Docks is a slithery bed of fish and scales. 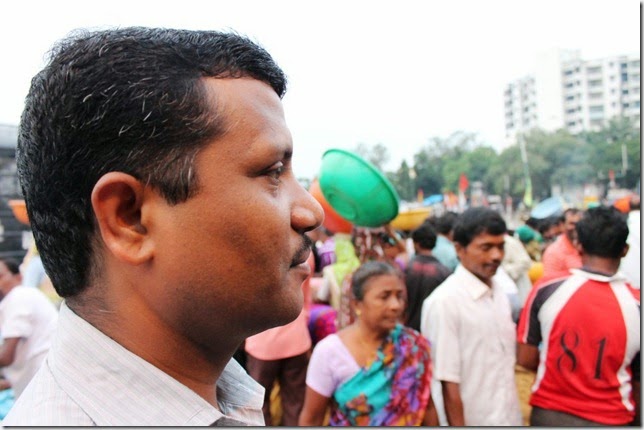 What is amazing though is the sheer energy around you. The riot of colours specially of the sarees and jewellery of the Koli women. And the rainbow coloured piles of fish. Possibly more fish than one has seen in one’s life. Laid out in baskets of different sizes.

This is a wholesale market and you have to buy fish in baskets and not by piece. The fish sellers don’t cut or gut the fish for you. Most of the buyers are people buying fish to retail them later in the day in markets spread all over Mumbai. Poonam, whom I buy fish from in Khar market, often comes here. There are a few restaurant owners around too. Folks who don’t need their fish to be cut for them. However, for those who plan to buy a basket or so for home there are a few women sitting outside the market who for a small sum will clean and cut your fish. 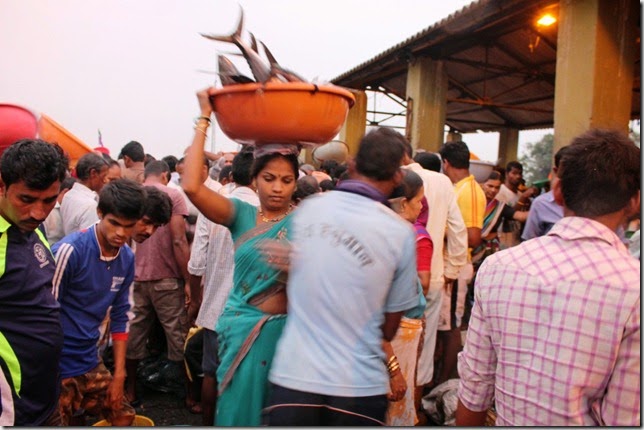 Sanjay says that the fish for Sindhudurg are bought from the Sassoon Dock every morning. Ever since the restaurant opened in 1981, the now septuagenarian owner, Prabhakar Desai would wake up at 4 am & head off to the markets every day to buy fish. Doctors have advised him not to go any more due to increasing age so he has given this up recently. A Koli lady now goes and shops for him every morning. Before she sets out, Mr Desai still gets up by 4 and takes stock of what fish is there and what needs to be ordered. When they are brought back to the restaurant he inspects the fish to see if it is to his satisfaction. 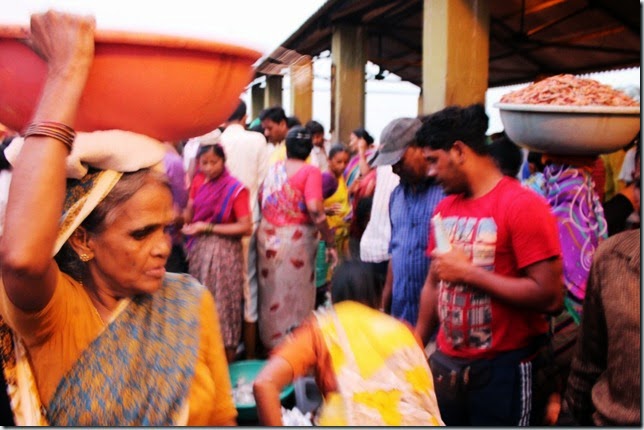 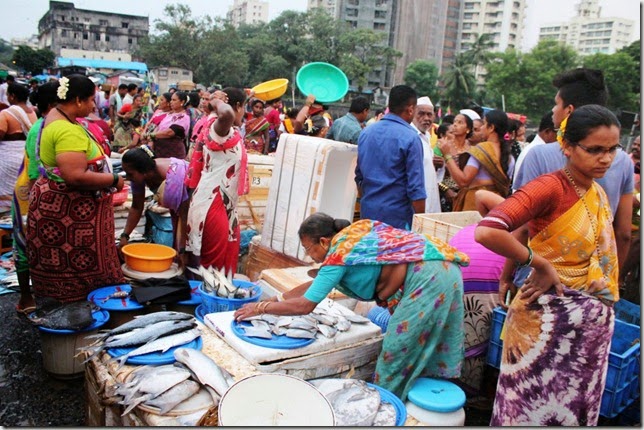 According to Sanjay, the Bhayandar market is emerging as a strong contender for wholesale fish. My friend, caterer Kurush Dalal of Katy’s Kitchen tells me that Shivaji Market has become the preferred choice of many caterers. 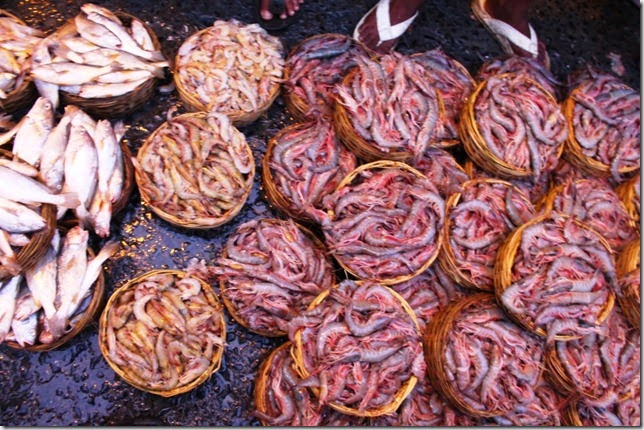 As I head back from Sassoon Docks I feel really privileged to have experienced a sight that is so intrinsically Mumbai and yet is hidden to most. Waking up in the morning was tough as was wading through the crowds in the slush but the thrill of feeling the early morning buzz, seeing the riot of colours, sensing the electricity that fuels the city, meeting the fish that feeds it, is an incomparable experience. 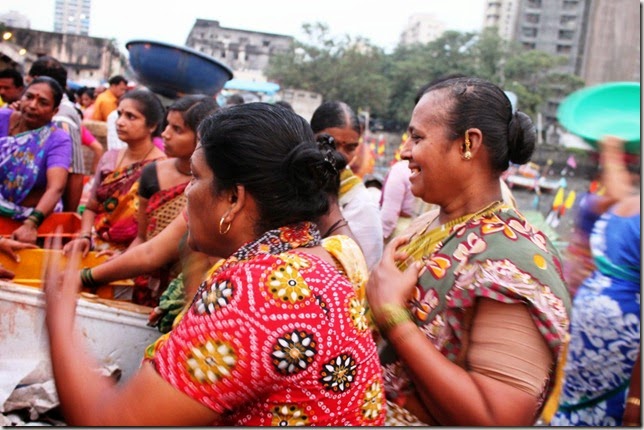 And it was great to know the secret behind the freshness of the fish fries and curries of Sindhudurg.

A trip to Sassoon Docks, I realized, is a must to sense the pulse of this amazing city.

Anindya said…
Thanks Kalyan for this insight and beautiful journey to Sassoon ducks
22 October 2014 at 07:51