I am not a big fan of the phrase ‘bizarre foods’.

I just feel that dubbing food that other people eat as ‘bizarre’ is being slightly judgmental.

I don’t have an issue with the term ‘exotic’ though. That refers to food that is just different from what you are used to.

I had a chance to experience one such exotic meal recently. This was an Assamese meal. 'Exotic' because one hardly gets to eat Assamese or any North East Indian food for that matter in Mumbai. And it included meats such as goose, pigeon, and, listen to this, silk worms! Rather different from what you will find on our table on an average day. These were brought in from Assam along with some pork by our host Gitika Saikia.

I have written about Gitika earlier. I had been to one of the first Assamese meals hosted by her. A tamer Bihu meal than what we head this time. Gitika, of course, has almost single handedly raised the flag of Assamese cooking in Mumbai. She has quit her job since the time I first ate at her place and is now there at almost every pop up, food event in Mumbai, sharing the Assamese food love.

The Assamese lunch she invited me to on Saturday was the Na Khuwa Bhooj featuring winter tribal dishes from Assam. Her popularity has obviously increased since when I first met her. That time there was three of us at her place in Malad. This time it was a packed house and there were possibly more than ten of us trying out her food that afternoon. 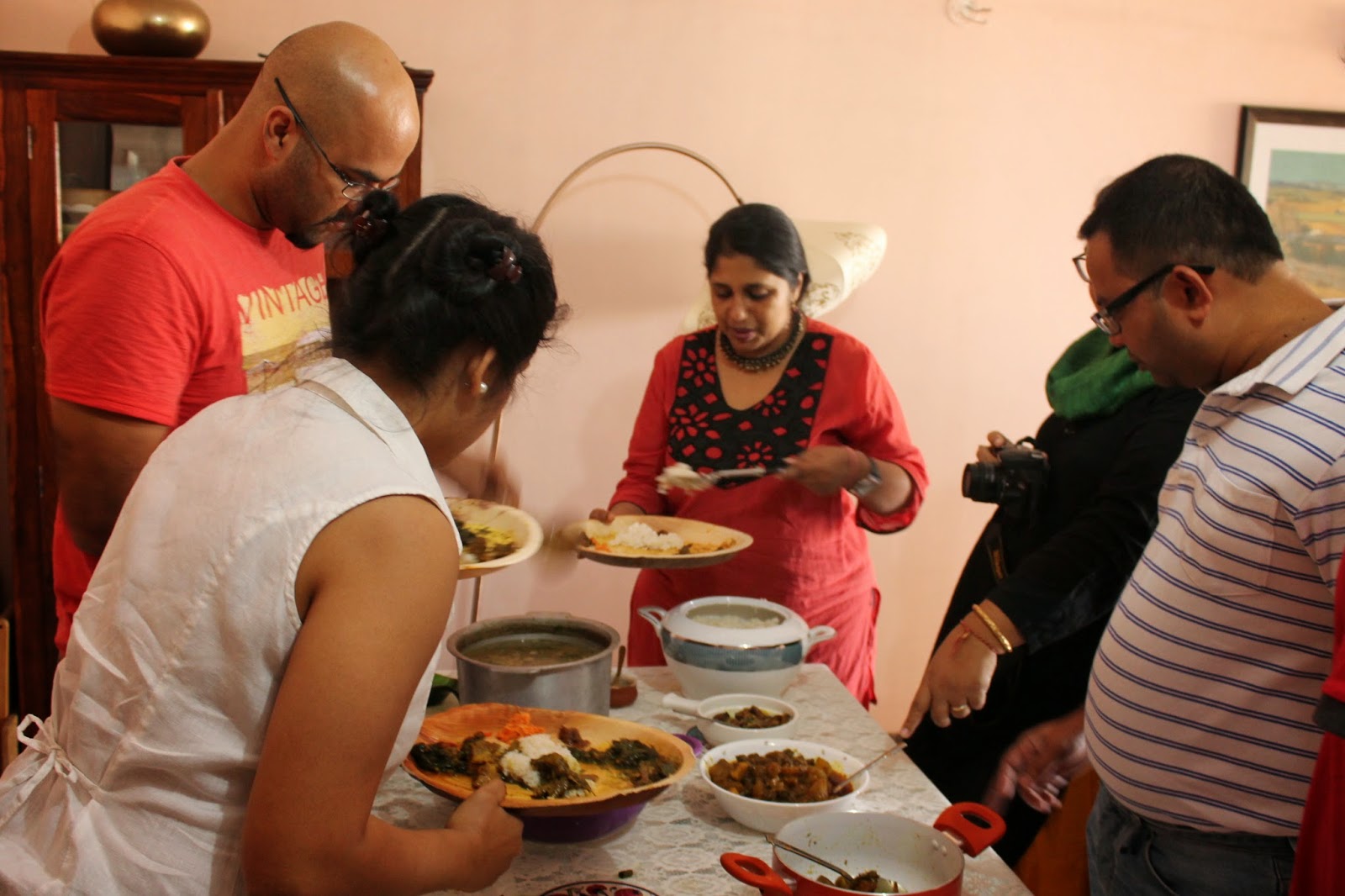 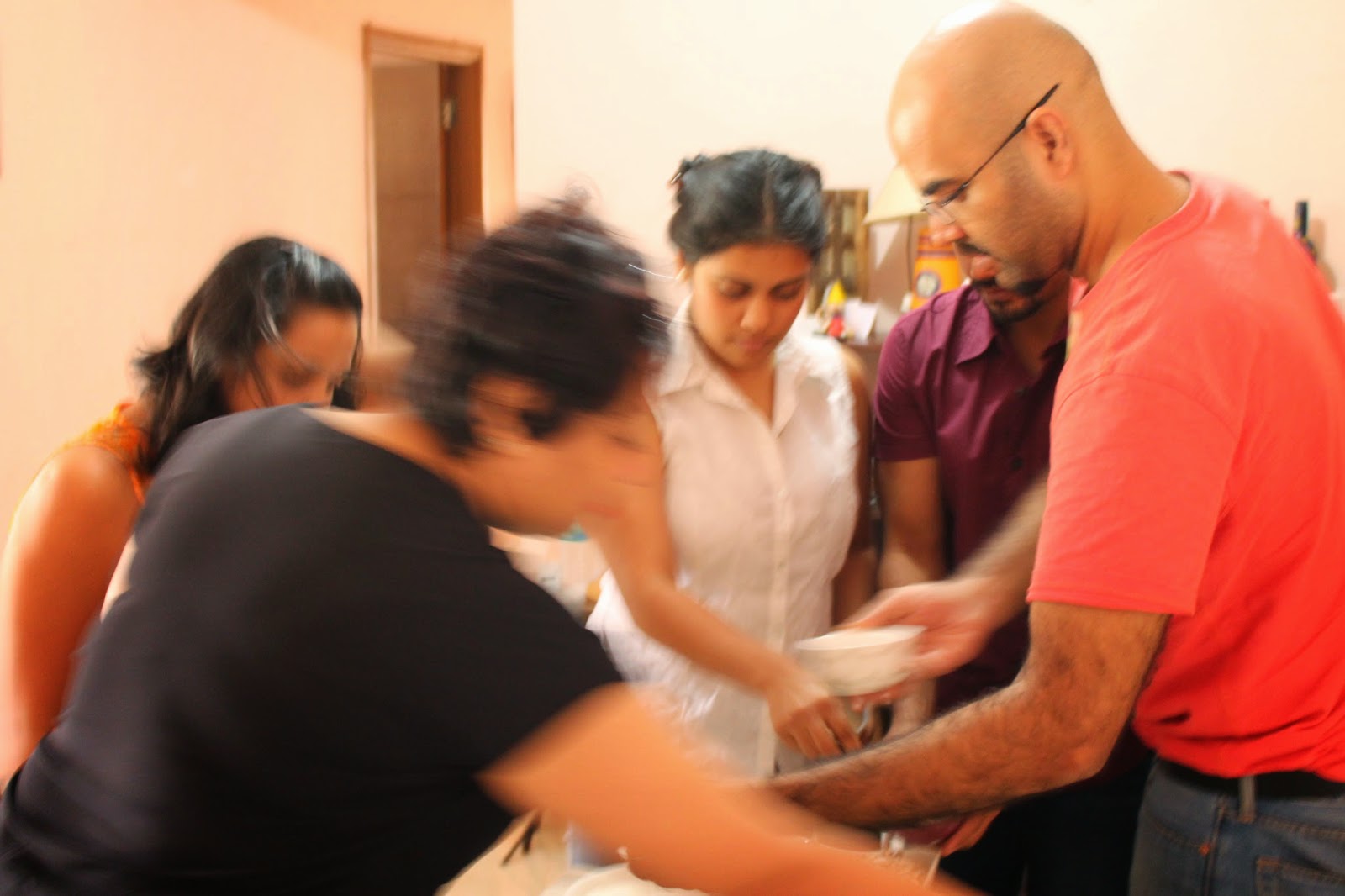 I was most anxious about the silk worms and wondered if I would try them. While I have eaten various exotic meats, I have stayed away from creepy crawlies so far. Gitika showed me the white larva and the rather colourful stir fried dish (Polu Leta Fry - silk worm stir fry)  she had made from it. I then made a face, held my breath and popped in a silk worm. 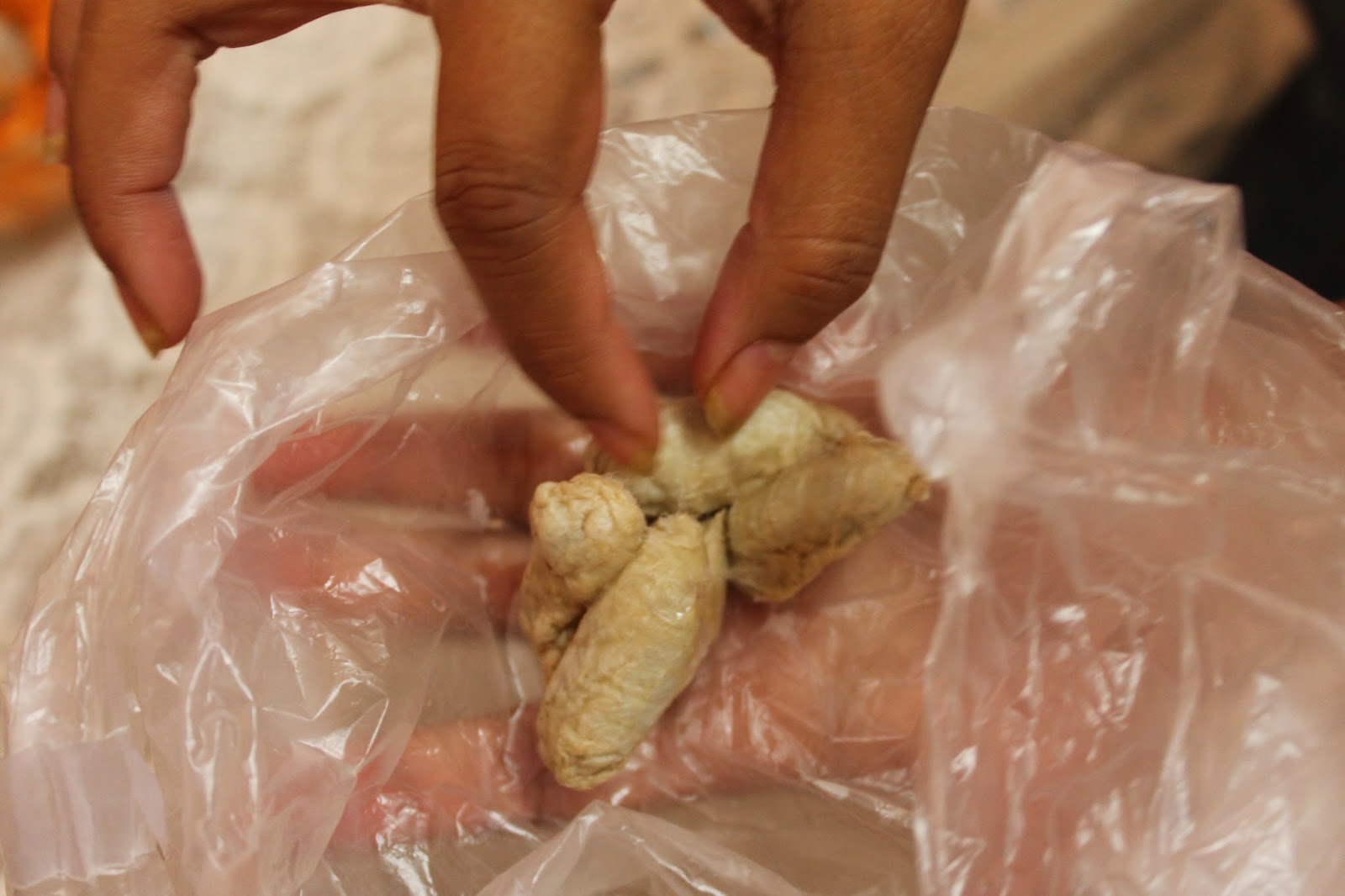 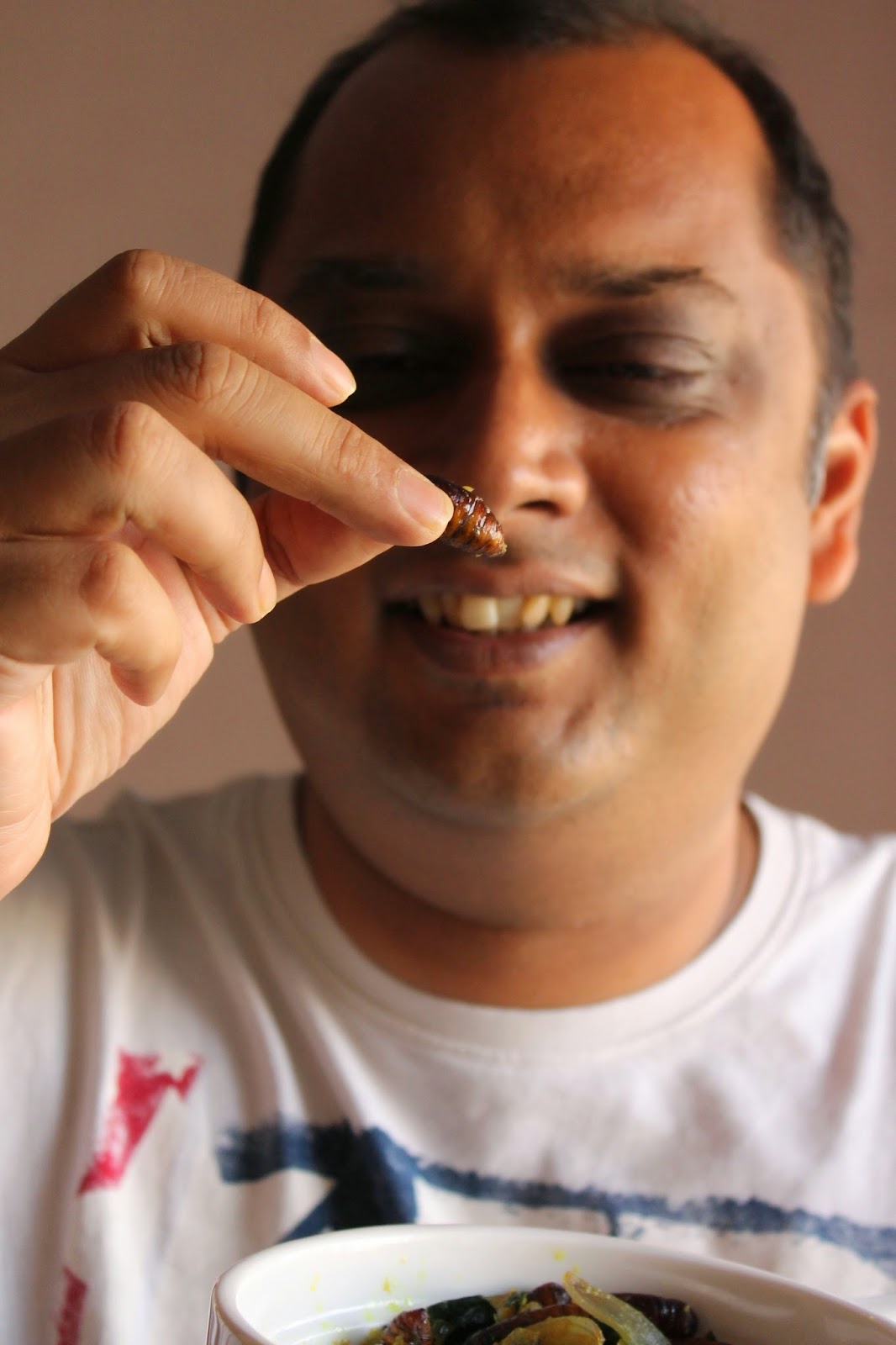 It was like biting on a shell with some dense liquid inside it. Didn’t entice me to try a second one to be honest. Still I felt happy with myself for having tried it at least.

The pigeon (Alu aru Paro Manxoh Jalukia peppery pigeon meat with potatoes)  and goose (Raj Haanh aru Kumura – goose with ash gourd) were more familiar territories. Both were rather gamey and the meats a tad chewy. The preparations, specially the peppery pigeon with baby potatoes reminded me of the Bengali cooking tradition. Rather manghser jhol like.

Goose is best eaten in winter Gitika said as they feed on fresh young rice and the optimum size to have them at is when they reach a kilo if I remember right from her talk. Apparently villagers in Assam keep an eye on the geese in December to see when they have reached the right size.

Gitika had got the pork over during her trip to Assam. The pork was really tender. She said that she cooked it for just one whistle on the pressure cooker, much less than what she needs for pork sourced from Mumbai according to her. She cooked this with mustard greens (Lai Xaak aru Gahori  - pork with mustard greens) which had been couriered to her from Assam. I was awe struck by how the flavours of the mustard greens had permeated the tender pork. This is the dish to try for those who lament the heavy use of over powering masalas in many mainline Indian dishes. The little red chilli bits livened up things.

The rice served with the dishes was small grained and reminded me of Gobindobhog.

Naomi Dutta, on twitter, wondered if what I had shared about the lunch constituted as Assamese food. She said she is an Assamese from the plains and had never tried these dishes. I said that Gitika said these are rural tribal dishes and Naomi said that possibly explained it.

For deserts there was Akhoi, Gur aru Cream (puffed rice with jaggery and cream). A variation of the Bengali doodh, khoi, gur. The jaggery was made at Gitika's home in Assam and all of us just loved this dish. The Bengalis in the room (there were around 5 or 6 of us) marvelled about how much we liked the dish and were bemused by how we looked down upon it while growing up. 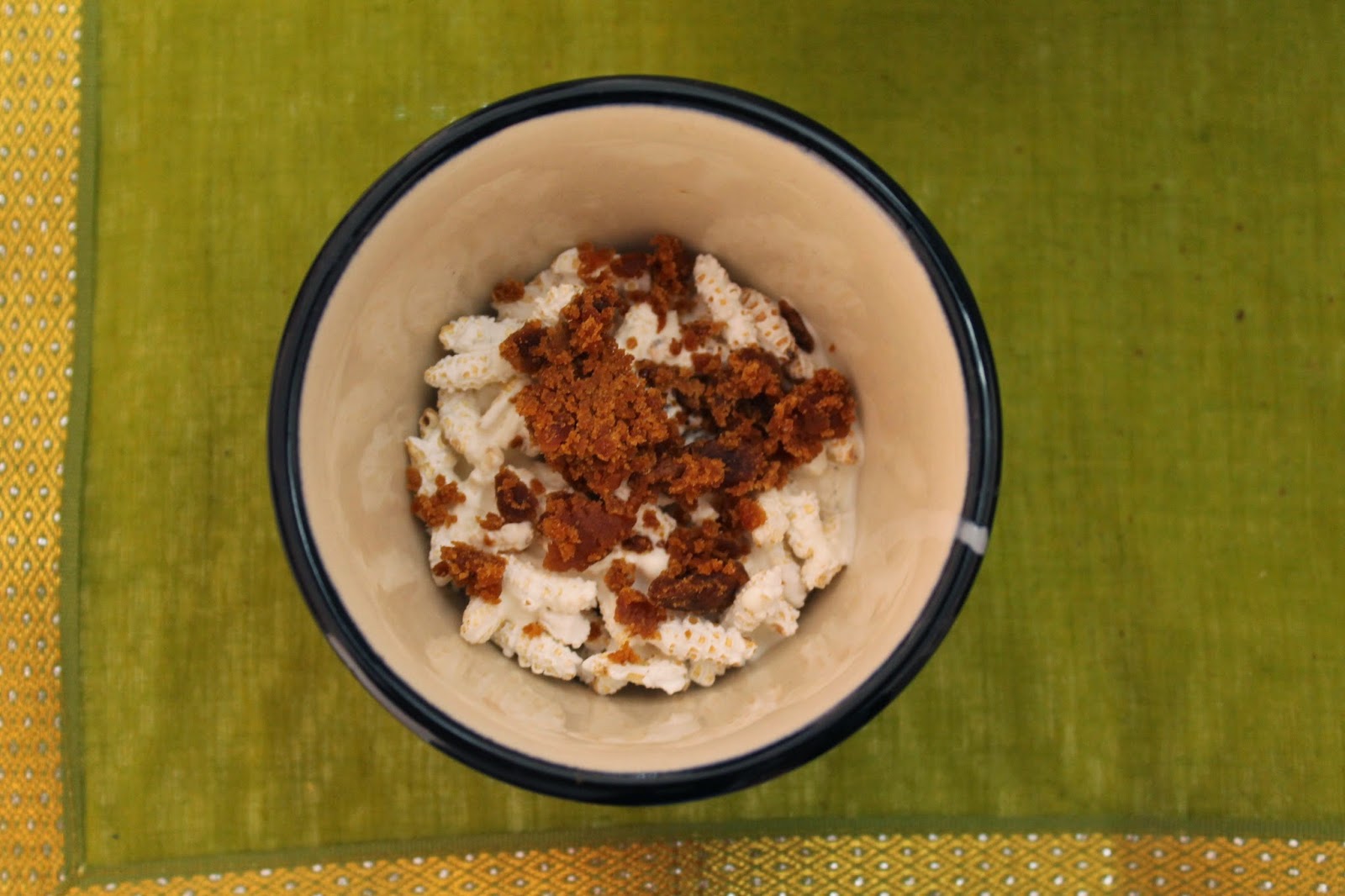 I left for the long drive back home fully convinced that this was one meal worth travelling for. I got to learn more about food from the far off regions of India and enjoyed what I ate and lost my silk worm virginity in the bargain.

I think Gitika is doing a stellar job by spreading the Assamese and North Eastern food tradition in Mumbai and here’s wishing more power to her.

She is doing a repeat of the lunch on Saturday, 20th Dec and the event details are here. 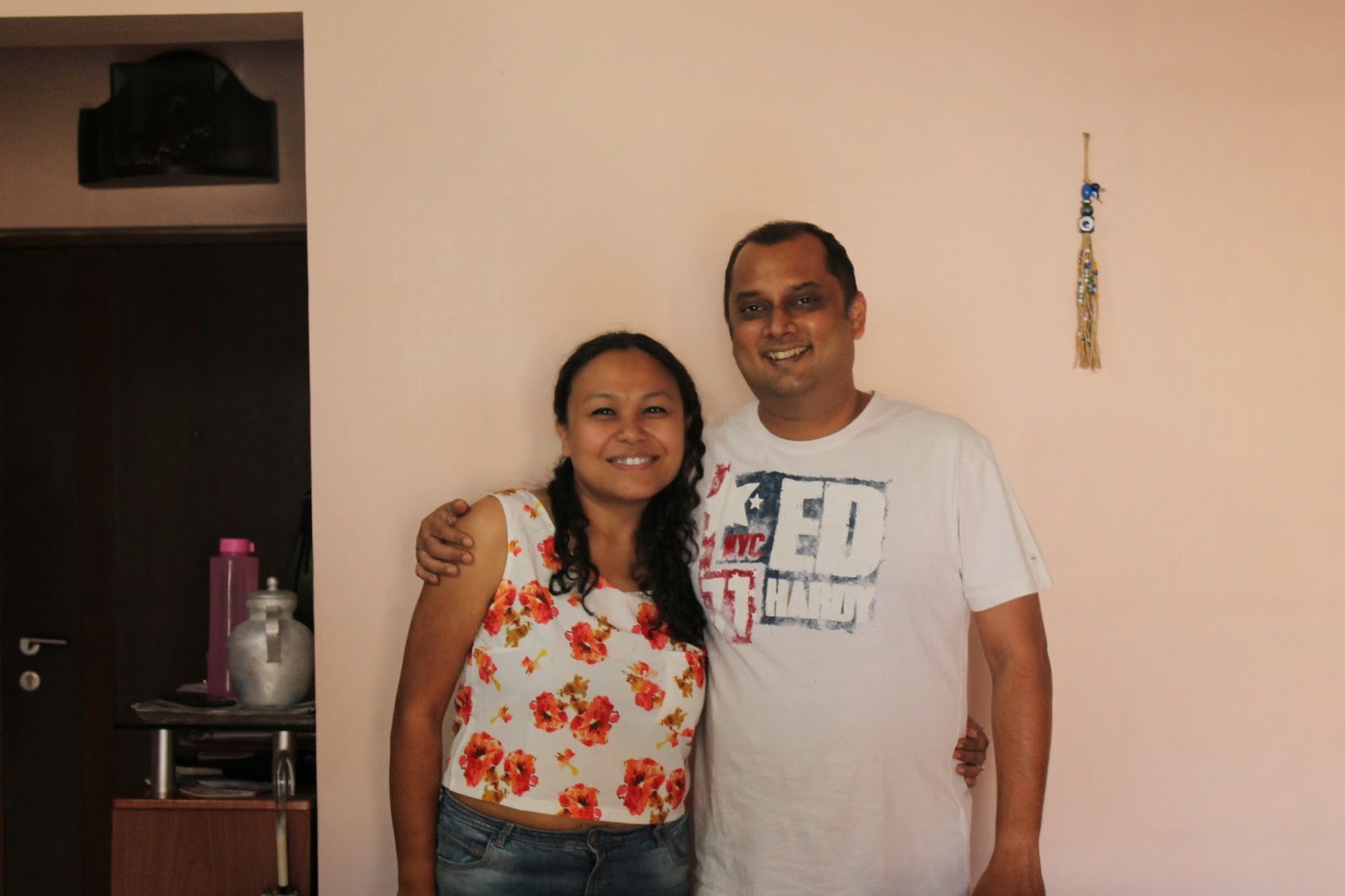