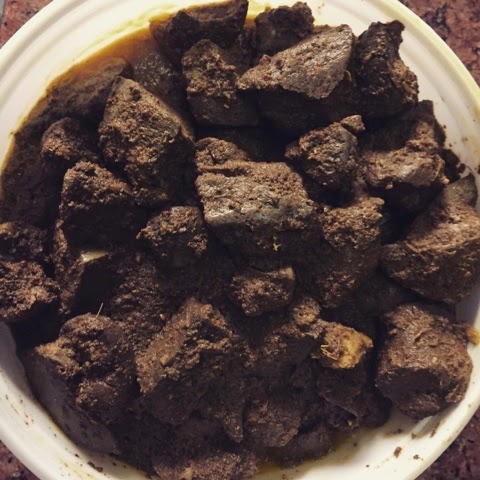 We just had a lip smacking rendition of aleti paleti, a traditional Parsi breakfast dish made with mixed offal. It is cooked during Parsi weddings with the offal from the mutton used for pulaos etc and served for breakfast. You eat this with pav or rotli
You don't get this dish in Parsi restaurants nowadays.
Today's dish was cooked by a retired educationist,named Amy Bilimoria, who occasionally cooks for a few select friends.
We are lucky to know one of them who got the aleti paleti for us which made for a delicious and treasured Sunday lunch.
K said her late paternal grandmother used to make a great version of it.
She tells me that liver, kidney, lungs, balls, the works go into this.
When I asked for specifics K blithely told me that the dish was cooked by old mamas in villages who would toss (aleti paleti literally) together various organs from the meats bought for cooking into their pots and that there probably wasn't any one recipe for this.
Reminded me of the early years of our marriage where I was fascinated by the Parsi love for offals in their food. Other favourites are paya (trotters) and bheja (brains).
Over the years I have developed a taste for this too and love the Parsi renditions of offal cooking.
K completely approved of her fellow Bilimoria's cooking. She ignored her scratchy throat and took seconds! 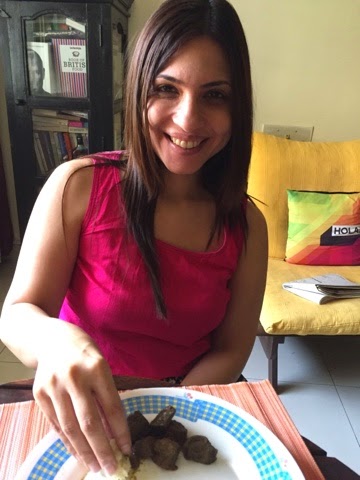