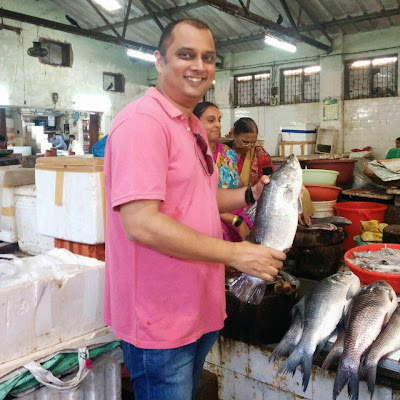 K and I used to have a Sunday morning ritual.
We used to head to the now shut Just Around The Corner (JATC) at Bandra on Sunday mornings. We would order a plate of waffles there which we would share. I would drink the cappuccino which came with it. K, who is a cappuccino addict now, didn't drink coffee back then.
I would get hold of the Sunday Mid Day from the bunch of newspapers at JATC and we would read it over breakfast. The Sunday Mid Day was the most coveted paper in the café those days and sometimes someone else would beat me to it. Then I would go to the newspaper vendor outside JATC and buy a copy to read.
I would then head to the fish market to buy fish.
Since then JATC has shut and has become EATC. I don't think they have waffles on the menu anymore. We now usually head to Candies on Sundays. K now drinks a cappuccino. I still go to the fish market when I can.
My JATC memories came rushing back when I saw the Sunday Mid day yesterday.
The article Ismat Tahseen of Mid Day had done on bhetki was out and I was quite kicked to see my picture in the Sunday Mid Day. 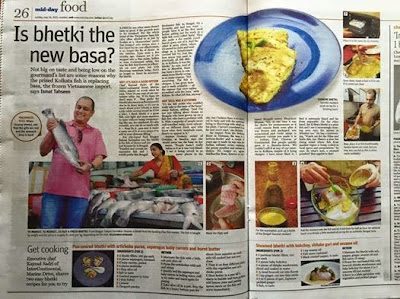 Ismat connected with me for the article sometime back and it was great to have finally met her after having interacted with her on the phone and mail till then.
We met at Candies. Went to Vijay Stores at Pali Market from there to pick up a Sing Cheung produced kasundi (Bengali mustard sauce from Kolkata). We then headed to the Poonam and Sangeeta's at the Khar Station fish market. Over there we bought a large bhetki (Indian barramundi). I broke into a big smile for the camera. Going to the fish market always makes me happy.
We then came back to my place. I had to cook the bhetki for the story. I was inspired by Ishita's salmon shorshe where she had baked salmon in the oven with a ready made mustard sauce. I thought of giving it a more Bengali touch by using the spicy, pungent, tangy Bengali mustard sauce, kasundi.
I washed the bhetki, marinated it with kasundi. The taste of kasundi is pretty sharp so I applied just a thin film of the sauce on the fish. It is quite a complete sauce and doesn't even need salt to be added. I remembered that my mom in law had once marinated chicken with kasundi and cooked it when I had got kasundi for her from Kolkata. My late father in law had loved it then.
I pre-heated the oven for 10 min at 200 C. I wrapped the bhetki in a silver foil, added a drop of mustard oil for a more prominent Bengali flavour and put it in the oven for 10 minutes.
It came out cooked beautifully.
The shoot was over.
Dinner was ready. 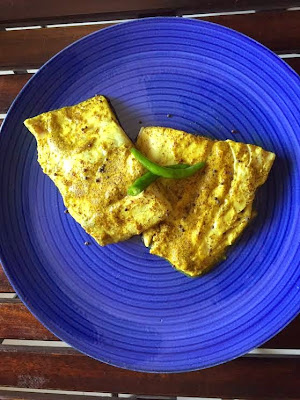