What was this Host Milano 2015 thingie all about? 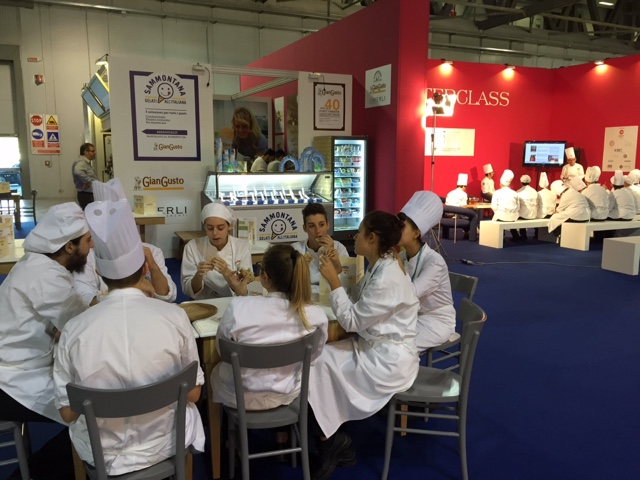 Here are some of my articles on the Host Site

Note: this post was written on the flight back home. We finally reached home after long bus rides at Dubai airport (I didn't get an aerobridge even once there this year despite 8 flights with Dubai as a hub) and then a long wait at Mumbai waiting for a cab before we managed an uber. How primitive are these airports?! Anyway here is the post...

"I am typing this on board our Emirates flight as we head back to Mumbai via Dubai. There is no wifi on board so will post it when back in Mumbai. The pilot has just announced that we are above Teheran. Felt cool I lived in Iran the late 70s though in Rasht and not Tehèran. K, the Bawi whose ancestors had come from here, is sleeping beside me and missed the announcement.

Two weeks in Italy have got over before we refused it and we had the time of our lives. The warmth of the people was great. No, we didn't get mugged unlike what people had warned us about! The food was great. The architectural beauty breath taking. Though, as K said one slowly got used to that. There was a nip in the air which I liked though K would have liked summer more. I know I will miss the weather when I get broiled in Bombay.

At the core of my trip to Italy was my visit to the Host Milano exhibition at Milan. I had been invited as the Host Ambassador for India which was quite a proud moment for me. Here's a link to the list of the Host Ambassadors from across the world whom you can follow.

We decided to do a holiday around the event and the rest of the trip and K's tickets were self funded. The Host team helped us plan our itinerary.

Alessia and her team, Giovanna and Margherita, were our liaison officers on behalf of Host and played a great role in making the trip happen. They were the ones who identified us Hosts from across the world, worked with us on the articles that we wrote for the site and made our travel arrangements happen. They were the perfect hosts, pun fully intended.

The scale of the Host Milano exhibition is really huge. It had participants from 162 countries and I read that 40 per cent of the 150,000 odd visitors to the event were international ones. The next one is scheduled in 2017,

It had exhibition halls around different themes: pasta, pizza, bread, gelato, chocolate, coffee and cooking and restaurant equipment. The halls had exhibitors showing the latest developments from their fields and many demos were held too and there were even pastry championships held there with bakers from across the world wrestling it out.

Here's a vlog from the gelato area: 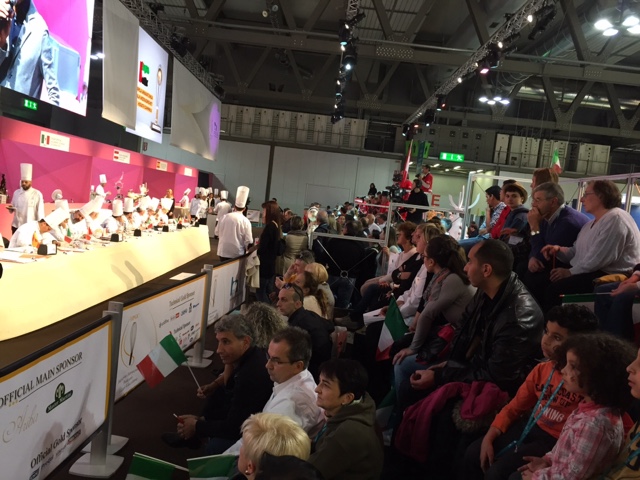 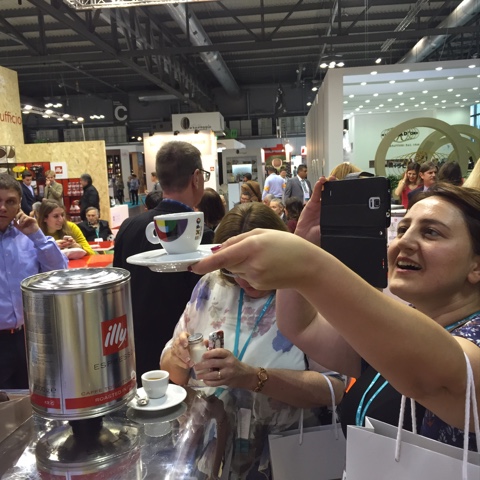 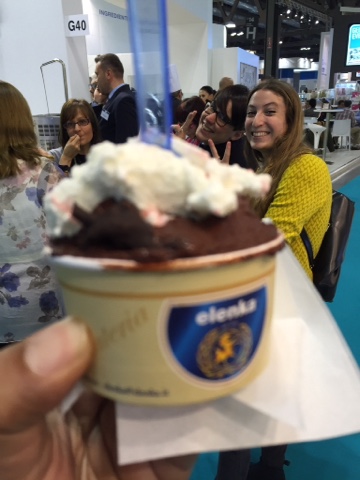 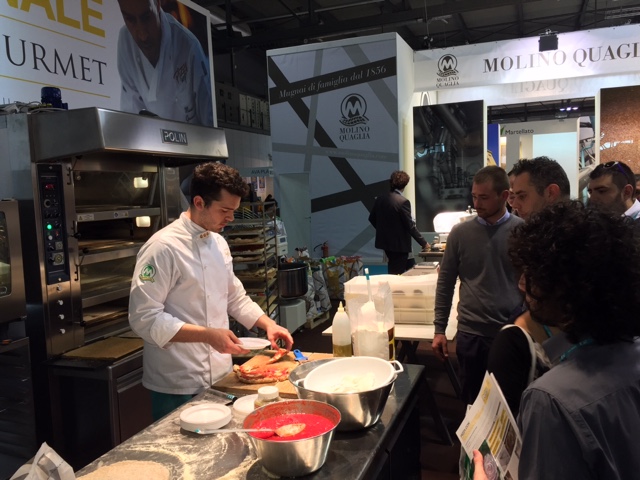 The exhibition was held at the Fiero Milano grounds next to the super popular and crowded Milan Expo. Pretty far from the city though you could reach it easily using the Metro with a 2.5 euro ticket.

Our hotel, NH Fiero, was in the middle of nowhere and offered no facilities apart from the rooms (modern and clean though not big) and a restaurant and a pretty useful wifi connective pack. It is located just opposite the Host Milano grounds and is an efficient business hotel meant for expo participants.

The Host Milano grounds though had cafes, corner stores, pharmacies and even a little press corner for us so one didn't feel marooned when there. Thankfully the organisers had given K a press pass too so she wasn't left in the hotel with nothing to do. She most sportingly filmed me with my iPhone 6 and we shot vlogs  for the Finely Chopped YouTube channel. This is the first time I did vlogs  so I hope you guys liked them if you saw them.

This is a vlog we did from the press room

We had a couple of nice dinners as part of the conference.

One was at Cascina Cuccagna. A restored farm house which is now a chic restaurant offering rustic classic Italian food. 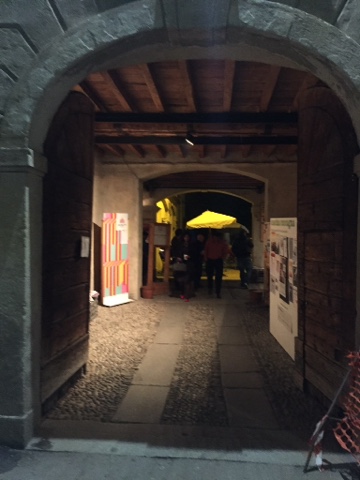 The other was at the Pavarotti Restaurant at the Milan Museum near the duomo which was preceded by us going to the terrace first where we saw a MTV concert happen by the duomo. 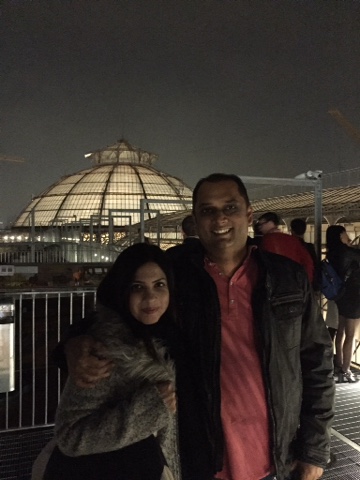 Here I tried a dish which is called gnocco fritto which tastes just like a Bengali luchi. There was a rabbit stew which brought back memories of a light a Bengali chicken curry giving the Italian dinner a home-like feel.

This is a vlog with Alessia telling me about the different types of risottos during the Pavarotti dinner: 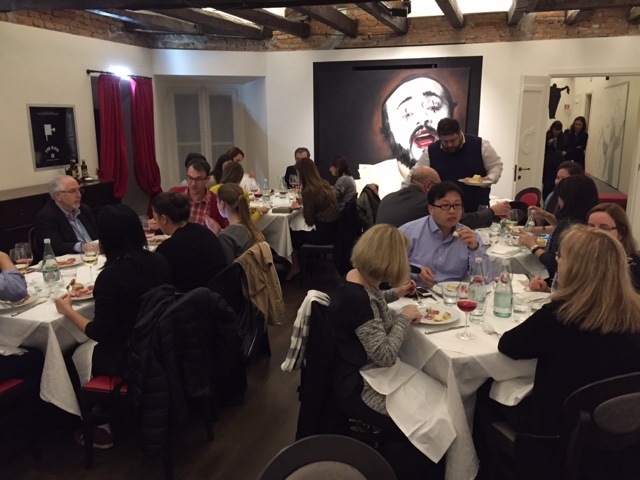 I felt really lucky to have been a part of this humongous event in the world of food where I made friends with bloggers and food writers and my fellow Host Ambassadors fromacross the world and tasted some great gelato too.

I can only hope that someday in India we have food events like Host Milano or Madrid Fusion, which I attended earlier this year, which attracts people from the global world of food.

Now back to India, Bandra and Candies." 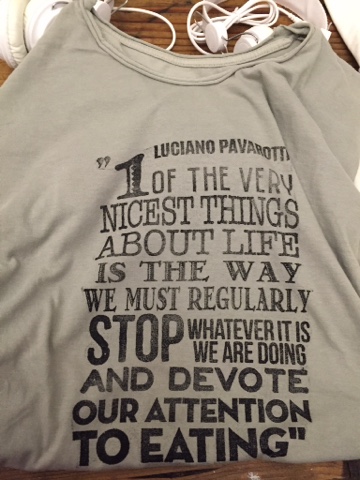 Rekha Karmakar said…
Great read Kalyan Karmakar. It must have been a proud moment for u and India. Loved the blogs. Credit goes to K too for shooting them for u.
1 November 2015 at 09:30