A Bandra Fair story that took two decades to write 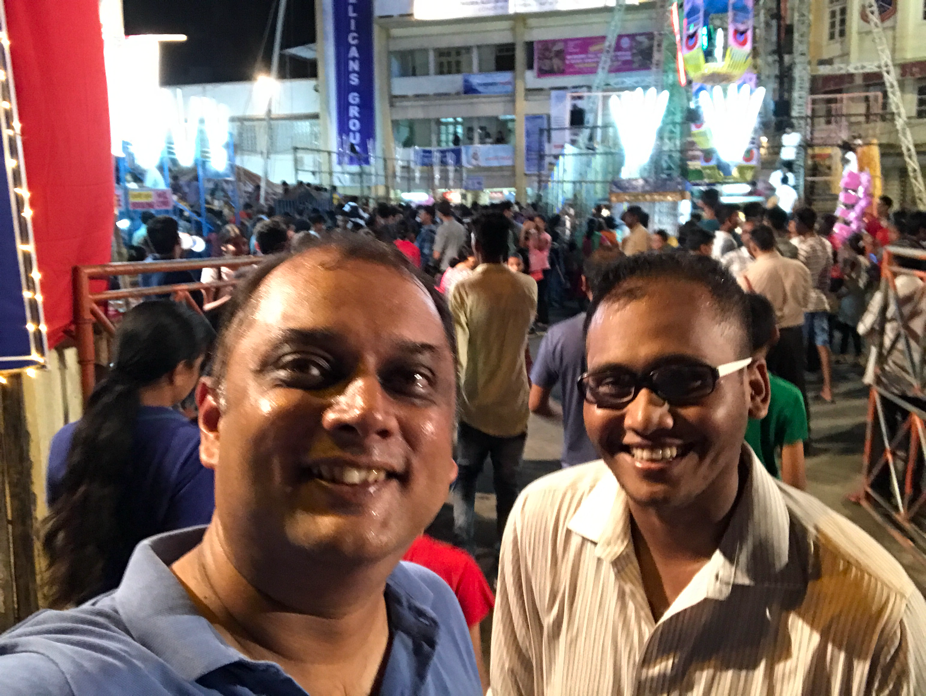 Valentine and me at the September Garden

A young friend that I have recently made at Candies, Valentine Noronha, and I went to Bandra's Mount Mary Fair, AKA The Bandra Fair, a few days back.

I had told him one morning at Candies about how I got frazzled when I tried to go to the Mount Mary Fair two decades back. I had just moved into Mumbai and Bandra back then and the crowds at the Fair had psyched me. I had never attempted to go back to the fair since that day even though I had made Bandra my home since then. He offered to take me to the fair this time and show me around.

Valentine shared his childhood memories of the fair with me as we walked from the Basilica of the Mother of the Mount down the Mount Mary Steps and finally to the September Garden at Mount Carmel Church from where he took me down Bazar Road before I headed back home.

On the way, I chatted with the nuns at the Basilica cafeteria who had made hot dogs and sandwiches to sell during the fair to raise money for their orphanage. I first bought a sorpotel hot dog, took pictures and then began to chomp on it. The nuns were unsure about our clicking pictures of the food but once Valentine told them I was a food blogger they were all smiles and were happy to pose and chat and bless me too. Inside the Basilica of the Mother of the Mount, Bandra 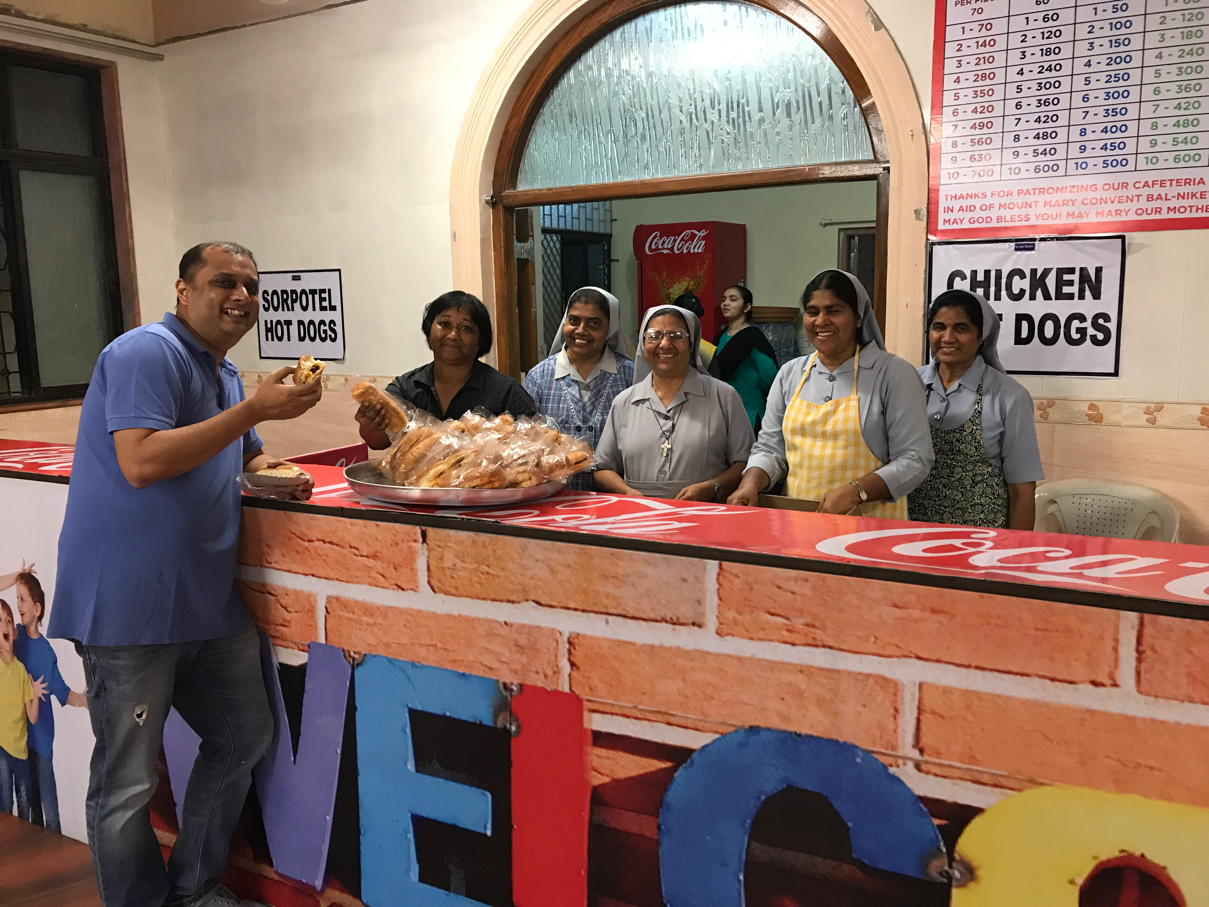 With the nuns at the cafeteria

Valentine and I then walked down the Mount Mary Steps, stopping to chat with UPite sweet sellers selling milk cakes from their shop at Mahalaxmi at the fair and then with a local Goan aunty and her son who were selling Goan styled dink and sev laddoos. I got to taste some of what was on offer.

These sweets and the roasted black channa and kadio bodio sugar sticks are bought by those who come for the Novena prayers and distributed back home as 'Prasad'. 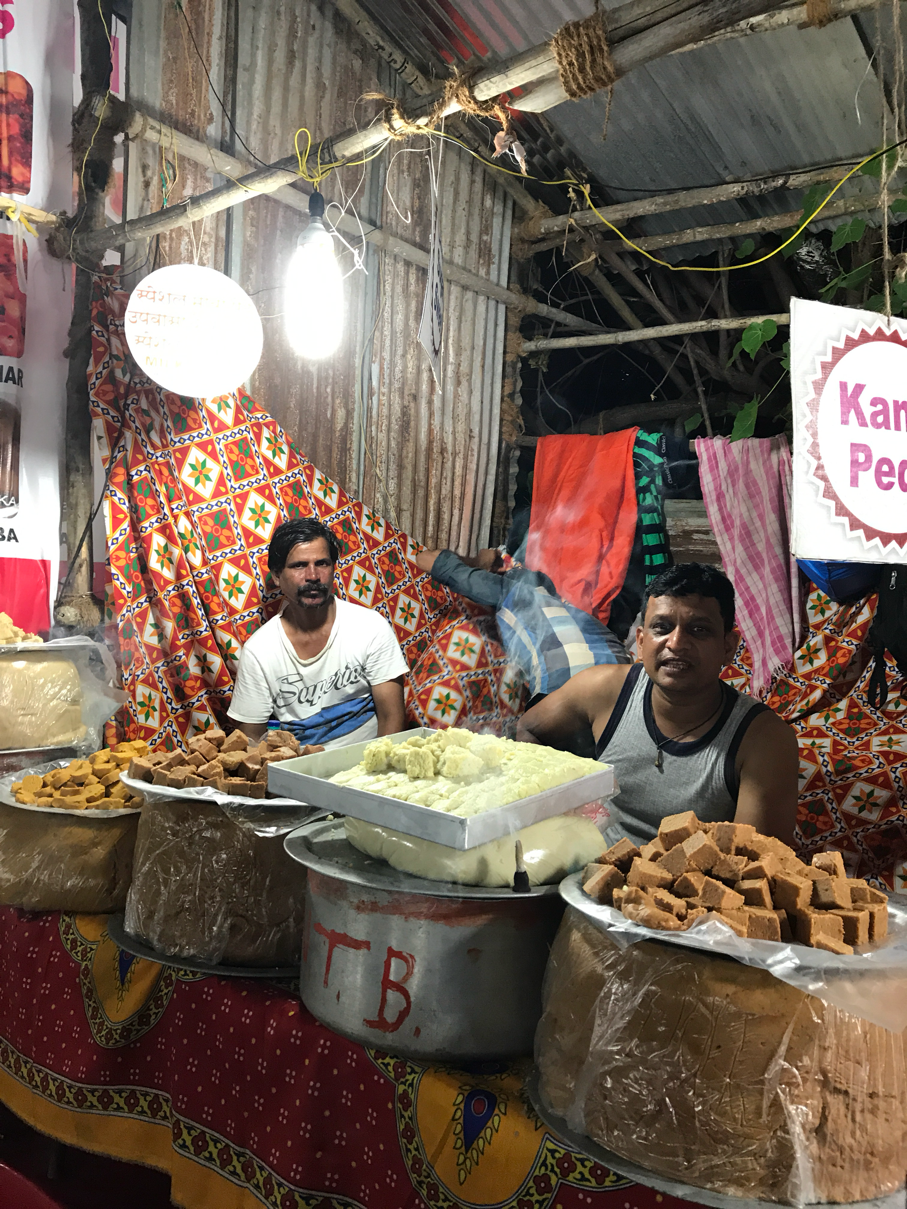 At the stall of the Carvalhos 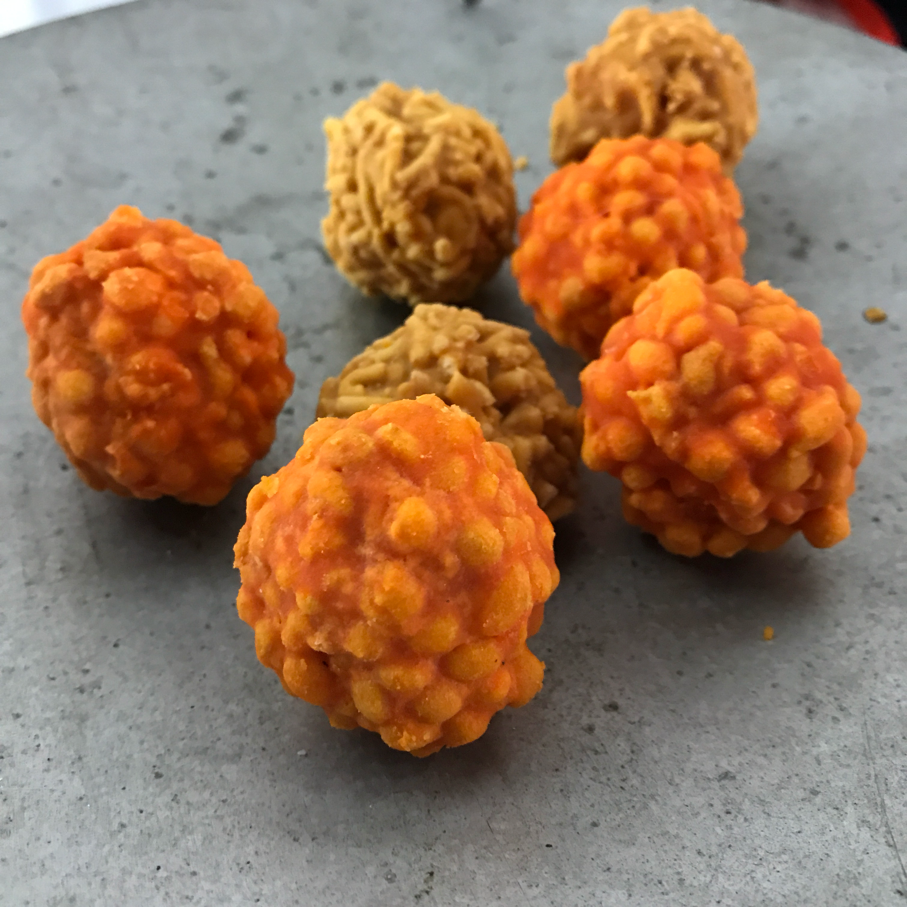 Then we walked to the Mount Carmel Church grounds which is called the September Garden during the fair.

I chatted with a pav vallah there who was trying his luck to and sell pav from the A1 Bakery at the grounds as many of the local residents, who were his usual customers, were not at home.

I chatted with a Catholic uncle there, a former engineer, who cheerfully told me that he'd lost his job in an oil rig due recession and was selling chicken lollipops and cheesy cutlets and pulled meat buns at the Fair. Something he had always dreamed of doing it seems. I had never seen someone look so happy while talking about a job loss. He was visibly at peace.

I had a cutlet there and then moved on to the 'Youth Stall', where an earnest priest and his band of volunteers were selling food cooked by their families to raise money for charity. I bought some superb sorpotel and fuggias and choriz pav from the stall and walked on. 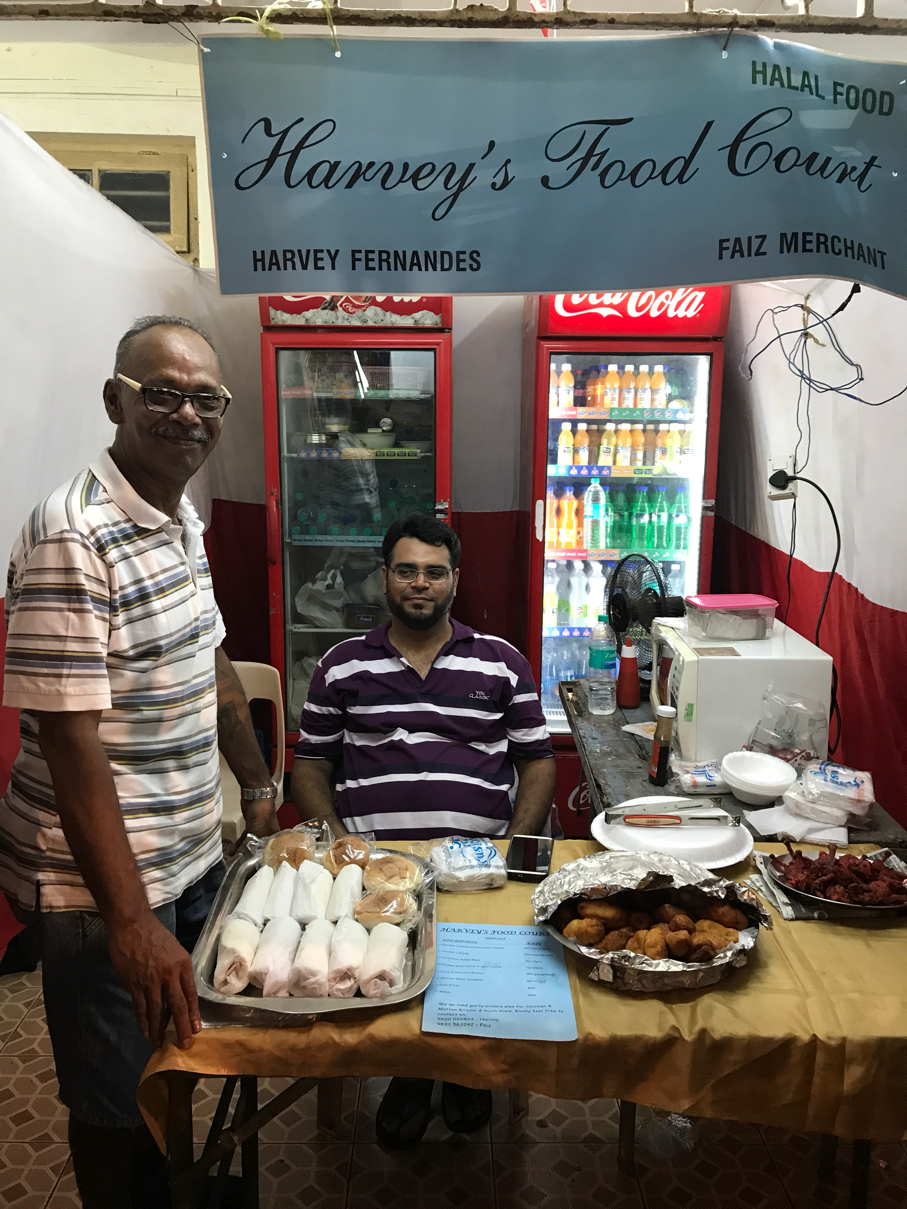 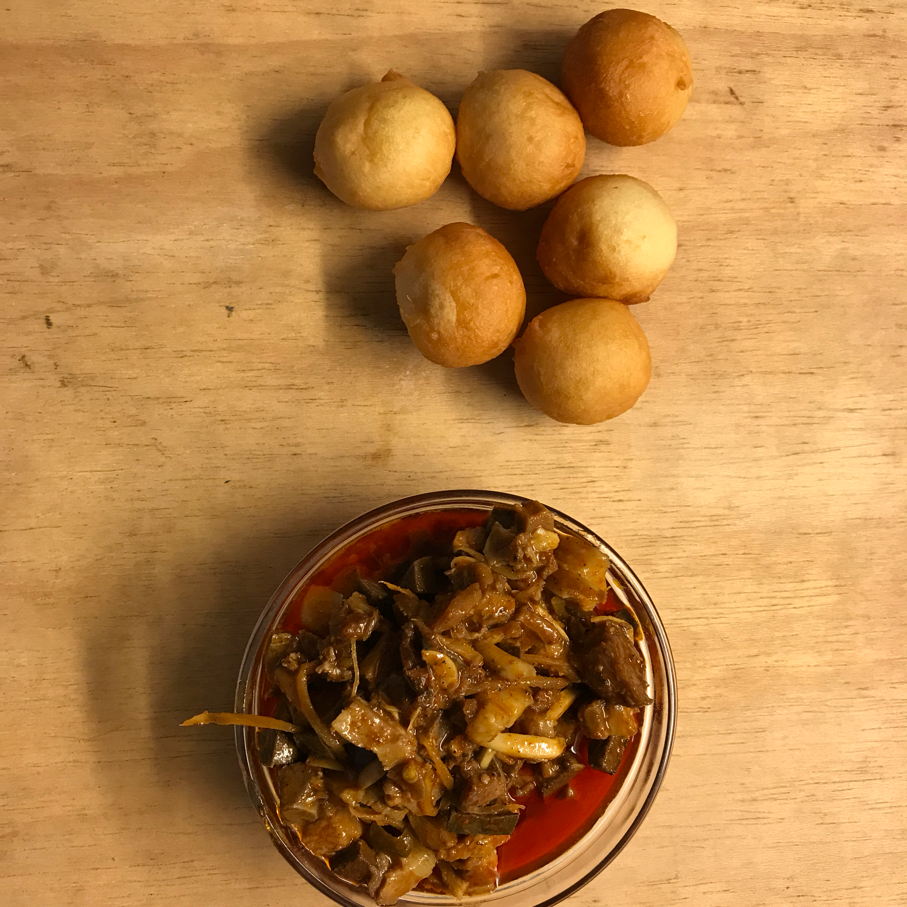 On the way home Valentine did a walk through of Bazar Road with me as walked past an Aunty selling pork vindaloo, sorpotel and masalas from home, the buff cutlets and chops and pan rolls by Chris Caterers at Kalpana Sweets and then the masala and pickles at Jaffer's and a shop selling religious paraphernalia for Catholics before Valentine bid me farewell.

I headed home happy and slept peacefully through the storm that hit Mumbai that night. The next day I chatted with Bandra girls Sophia Netto and Annabelle Ferro about their Bandra Fair memories at a soirée organised by the SodaBottleOpenerWala at BKC.

We followed this with a high tea from the special Bandra Feast menu put up by Sophia at the restaurant comprising of freshly fried mutton potato chops, a delicious coconut milk based East Indian curry called lonvas, East Indian sorpotel and a superb vindaloo and then thali sweet. With Sophia and Annabelle 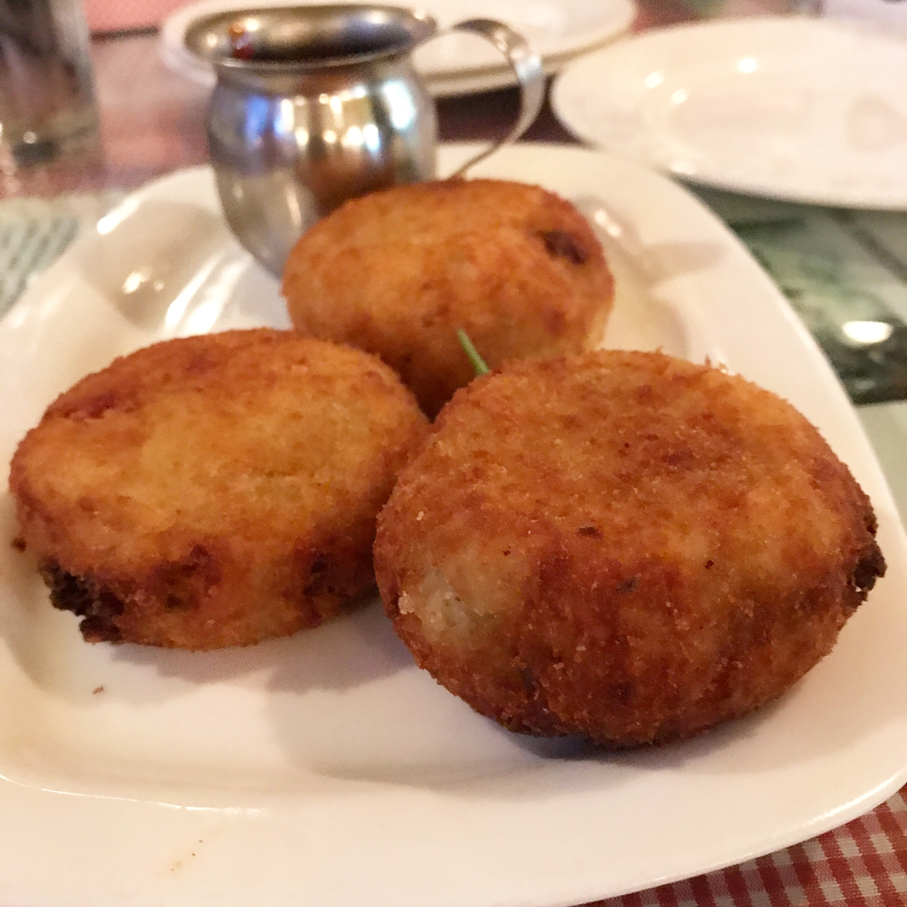 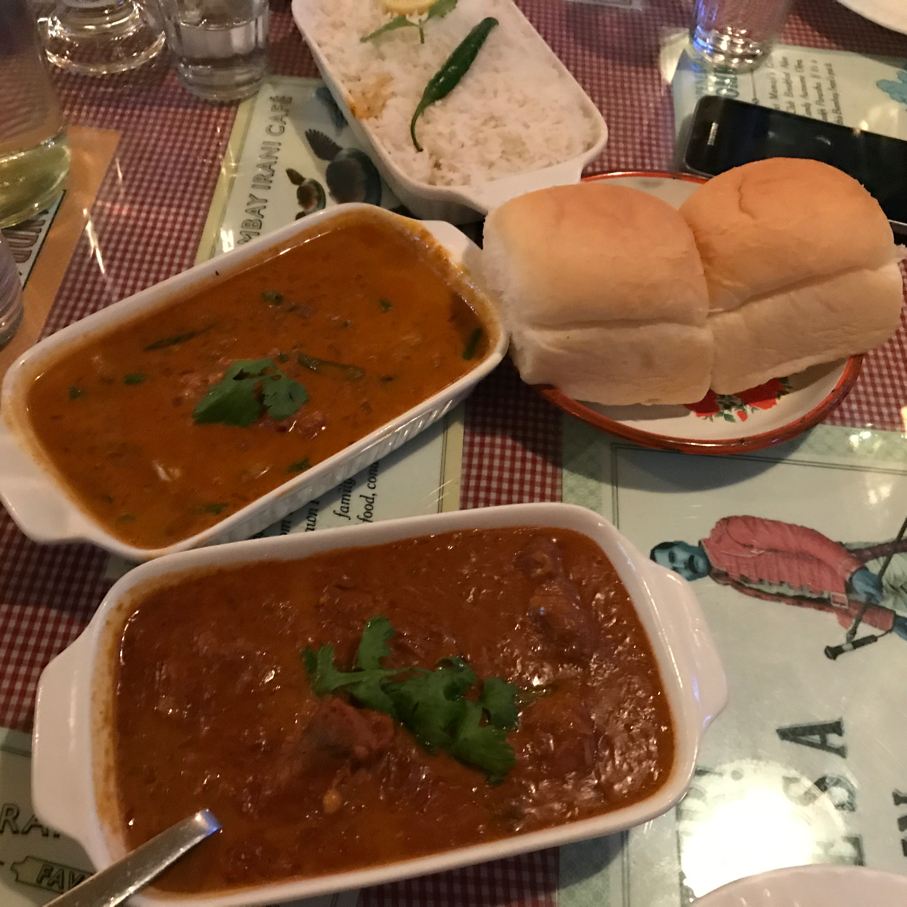 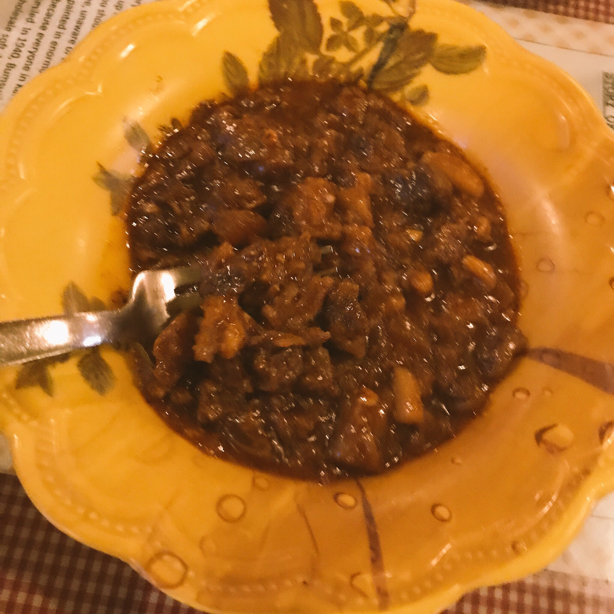 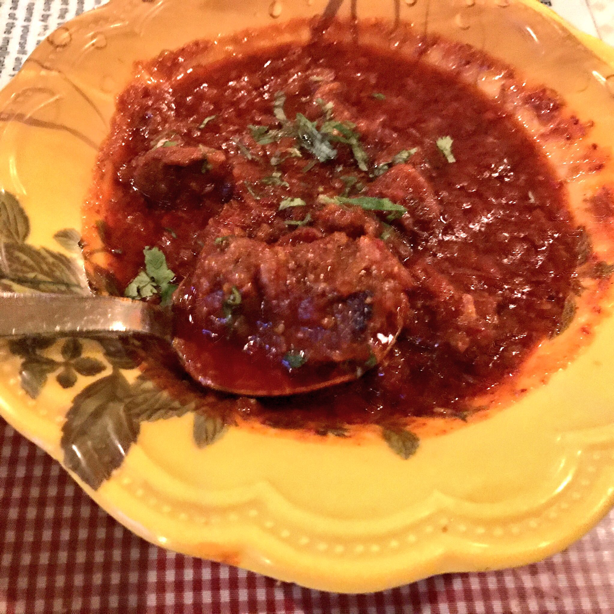 The next day I wrote an article for NDTV Food in Bandra Fair based on what, in my previous life as a market researcher, we would have called 'ethnographic research'.

Here's the link to that

Yes, after two decades in Bandra it was finally time for me to call the Bandra Fair my own.