on January 07, 2018
That’s chef Ashish Bhasin of the Trident BKC with me. Passionate about food, a good friend who I often call upon when looking for info for my articles. A Punjabi who grew up in Rajasthan and is married to a Bengali and now lives in Mumbai. There were at least 4 dishes from Bengal in the menu that day including the Murshidabad Biryani and a Potol mishti. Do you think he was biased?


I was most tickled to find a ‘Calcutta veg (alu actually) roll’ at a five star hotel buffet the other day. This was at the Trident BKC at the Flavour Conference 2018.

Let me tell you about what was it that made me break into a Cinema Paradiso wry smile on seeing the alu roll.

Alu (potato) roll at a place called Karkos in Kolkata’s new New Market, the ugly building which came up after the old one caught fire, was our saviour during the last days of the month during our college days in the mid 1990s. With us down to counting the last few coins in our pocket then, a mutton or an egg roll was out of question, and the good old alu roll was all that one could afford after catching a matinee at the Lighthouse or Globe or New Empire theatre, of which only the last remains today. The roll tasted great from what I remember and never felt like a compromise. The alu was cooked in dalda at Karko though unlike at the Trident’s which had a sharp mustard oil hit as they used a Bihari alu chhoka/ Bengali alu makha filling here. The alu makha is Eastern India’s answer to the mashed potatoes of the western world. Here mustard oil is added instead end of butter and cream, and finely chopped green chillies and raw red onion too. The potato is mashed with one’s palms. Odiyas have a version as well as do the Assamese who call it alu pitika. I sometimes order alu rolls from Hangla’s when I miss them in Bandra.

The Trident buffet also features ‘Calcutta chicken rolls’. This too, like the alu roll, was kept pre-prepared and with its thin maida paratha and ketchup bath inside it, reminded me of the chicken rolls made occasionally in Promod Dna’s Canteen In Presidency College where I studied Sociology Hons. A time in my life which I feel strongly shaped who I am today and my writing too. The chicken in the Trident rolls were very juicy and were leg pieces I am sure. If there are any Presidencians here then they will know the quirky myth associated with Promod Da’s mutton rolls. Promod Da’s Canteen is shut currently I believe due to licensing issues which a shame.

There’s no sauce that embellishes food like that of nostalgia is there?

PS: We had a discussion on the roll folklore plays in driving interest in street food in a panel discussion moderated by Ranveer Brar at the Flavour Conference 2018. The legendary food historian, Dr Pushpesh Pant, was part of our panel discussion and warned us about the fine line between storytelling and documenting history and how these are crossed rather easily. He tweeted about this the next day too. 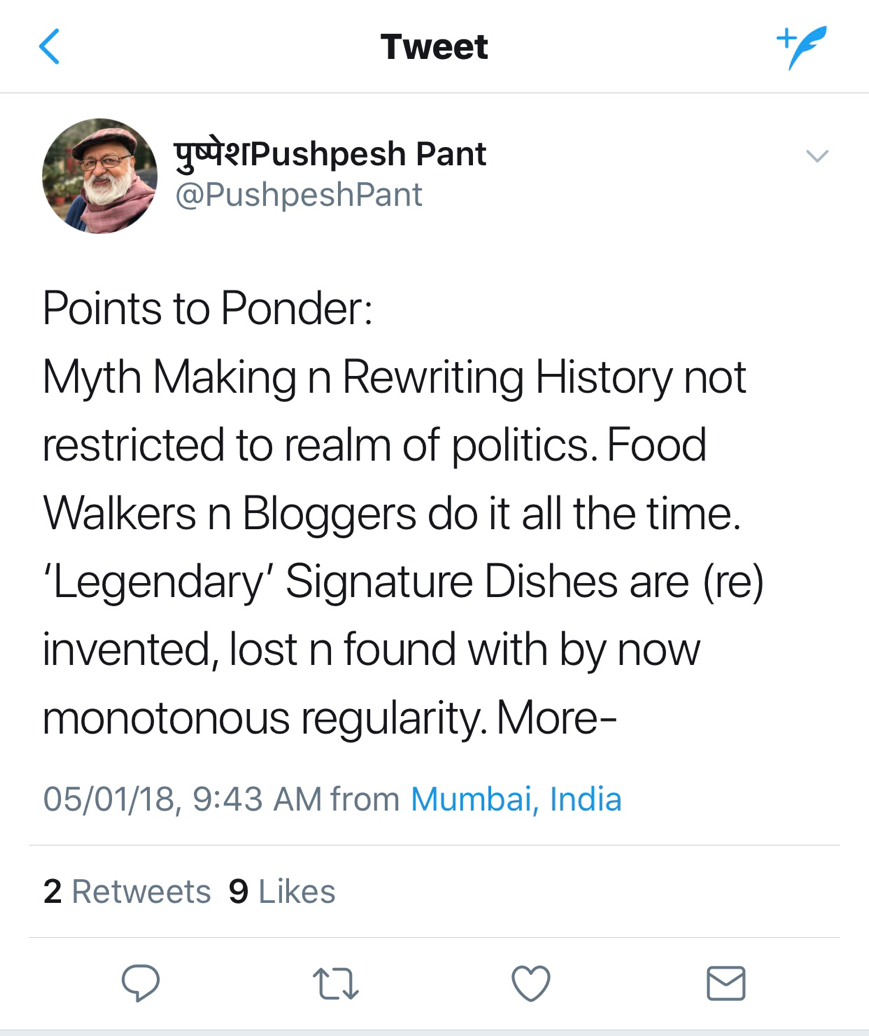 I am in complete agreement with him and which is why I prefer to stick to personal narratives while writing and tell people what they can expect basis the experiences I have had personally rather than stress on stories I can’t vouch for and was so happy to see this vote of confidence from him on Twitter which I now wear as a proud badge of honour. 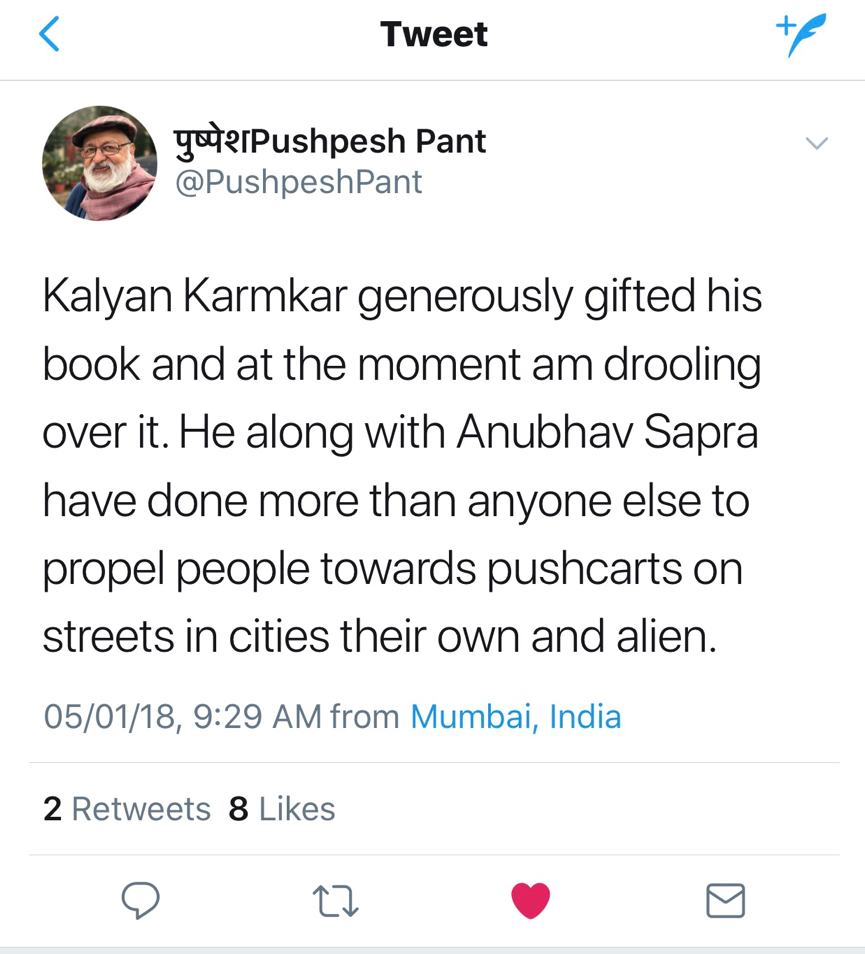 This is the link to a blog post which I’d written when I returned to Presidency College after years sometime back. It’s a deemed university now and is called Presidency University: