on April 28, 2018
The headline of this post is in memory of the jingle of a Bengali Thin Arrowroot biscuit ad on radio which my grandfather and I would crack up listening to when I was a kid.
Update: When I put up the pictures then my mother called and told me and many messaged me on Instagram saying that I should have scraped the skin partly and in cross sections. So now you know.

I reprised some childhood memories of mine from Kolkata while making my lunch in Mumbai today after I had been advised to increase the proportion of vegetables in my diet for a while yesterday.

I took this up as a challenge and decided to try to make myself vegetarian dishes that I would enjoy and that would fit my style of cooking which doesn't have room for too much of effort or labour in the kitchen.

I was keen to use vegetables that we have grown up having on for this and not just the broccoli and avocados and zucchinis and red and yellow bell peppers and arugula that are in vogue in the modern cafes of Bandra's these days. I refuse to believe that one can eat eat healthy only if one is rich.

Which is why I decided to make a potoler jhol for lunch today as we had some potols in the fridge. Thanks to the world of food blogging, I now know that the English word for potol is 'pointed gourd.' It's parwal in Hindi.

Potol was a fixture in my granny's house in Calcutta. She would make my dadu (grandpa) an alu potoler jhol (potato and pointed gourd curry) for lunch every day and he loved it!

At times there would be potol bhaaja too. Potol smeared with salt and turmeric and deep fried. This summer vegetable would also be cubed and added to her rohu curry in summer. On special occasions like the Bengali new year for example, didu (granny) would make potoler dolma. Whole potol stuffed with cooked and mashed rohu or kaatla fish and kishmish (raisins), after the seeds were removed, and cooked in a kaalia (onion paste based) curry.

I didn't like potol as a kid. I didn't like the texture of its skin. Potol bhaaja sort of worked for me and that's it. I never saw the point of the dolma either with that wretched skin stull around. In an alu potoler jhol or dam, I'd eat only the potatoes. I'd make a face if asked to eat the potol too. I liked the crunchy seeds though.

Potol was rarely made in our house though. Possibly because my mother knew I would not eat it.

A few years back I spotted potol at Lalu's at Bandra's Pali Market. I occasionally buy it now and give it to our cook Banu to cook. She doesn't really know what to make of it. She peels the skin and, on my wife's request, removes the beechee or the seeds too and then adds it to the fish curry as I have shown her to. A couple of days back I got her to make a potol bhaaja with a couple for my lunch and I liked those.

Banu has bunked today so I had to make my lunch. That's when I got the idea of making a potoler jhol. Without the alu and with minimal oil though. Which meant that I couldn't deep fry the potol first as I think it is traditionally.

I've never cooked potol before. Didn't know how long it takes to cook and whether one should peel the skin. I didn't have a recipe to follow. Didn't ask anyone either. Just followed my instincts and kept my fingers crossed.

I liked the jhol or the curry. I added a dab of Jhorna ghee to the rice which elevated the taste of the rice when mixed with the curry.

I still didn't like the potol barring the seeds, just as I didn't as a kid. However, I shut up and ate my meal without a fuss, after taking the requisite pictures.

That's what growing up is all about I guess! 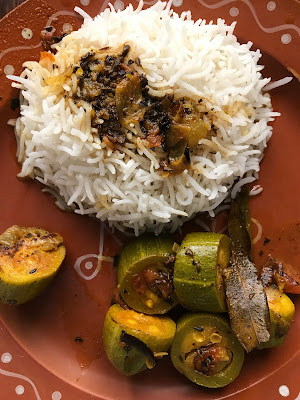 How did it turn out?

I finished lunch and checked the family whatsapp group messages and then realised that it is dadu's death anniversary today. A day on which I had made, for the first time ever, his beloved potoler jhol. What a coincidence was that!

I suddenly felt much better about having the potoler jhol for lunch.

I think dadu would have approved of what I made or would have at least indulged me and said he did. I never got to cook for him though.

I am sure that he would still prefer didu's  potoler jhol though. He didn't like anyone else's cooking as much as he did hers and that's no surprise.
I spoke to Didu on the phone after I published this post. She wearily said that it was dadu’s mrityu dibosh (death anniversary) today.
She then smiled when she heard me talk about Dadu and his love for potol.
‘He loved potol. He waited for the season to start and wanted it everyday. Some say that it helps cool the body. I didn’t like it though.’
She then asked me how I had made the potol. She heard me out and then said that I should have fried the potol first  and then added garam masala at the end.
She then told me about the potoler dolma that she used to make and that one can make potol with curd, posto or shorshe (mustard) too.
These conversations are most precious to me and I really cherish them.

In case you want my recipe, here it is. Let me warn you that it is my way of cooking it and was meant to meet my preferences and needs. So it's not really authentic or traditional so to speak.

Talking of which, do remember that potatoes didn't exist in Bengal about three to four centuries back. So when someone added potatoes to a potoler jhol for the first time then it would have been 'fusion food' for its time as the potatoes had been brought into Bengal and India by the Portuguese1

Recipe for my potoler jhol

Process (Pics are from my Instagram stories on @thefinelychopped :

Note: @mrytav on Instagram told me that Odiyas add coconut milk to this, @dasguptashaoli and @goodgrub , who are Bengali, said that their grannies added kucho chingri or micro mini prawns to these. You can add potatoes too of course 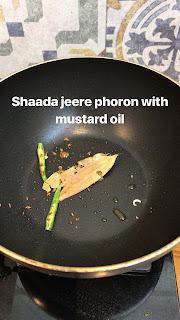 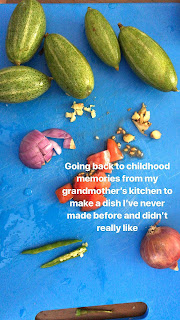 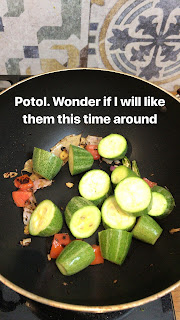 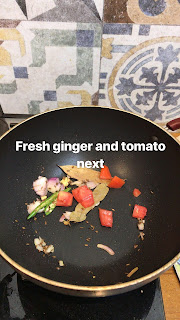 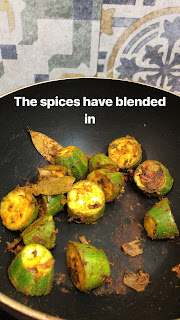 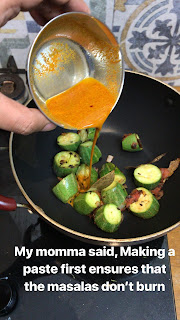 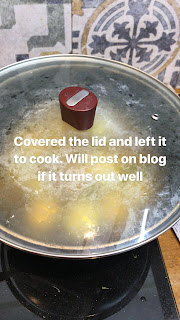 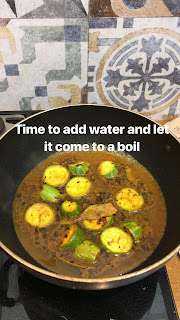 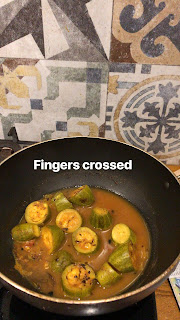