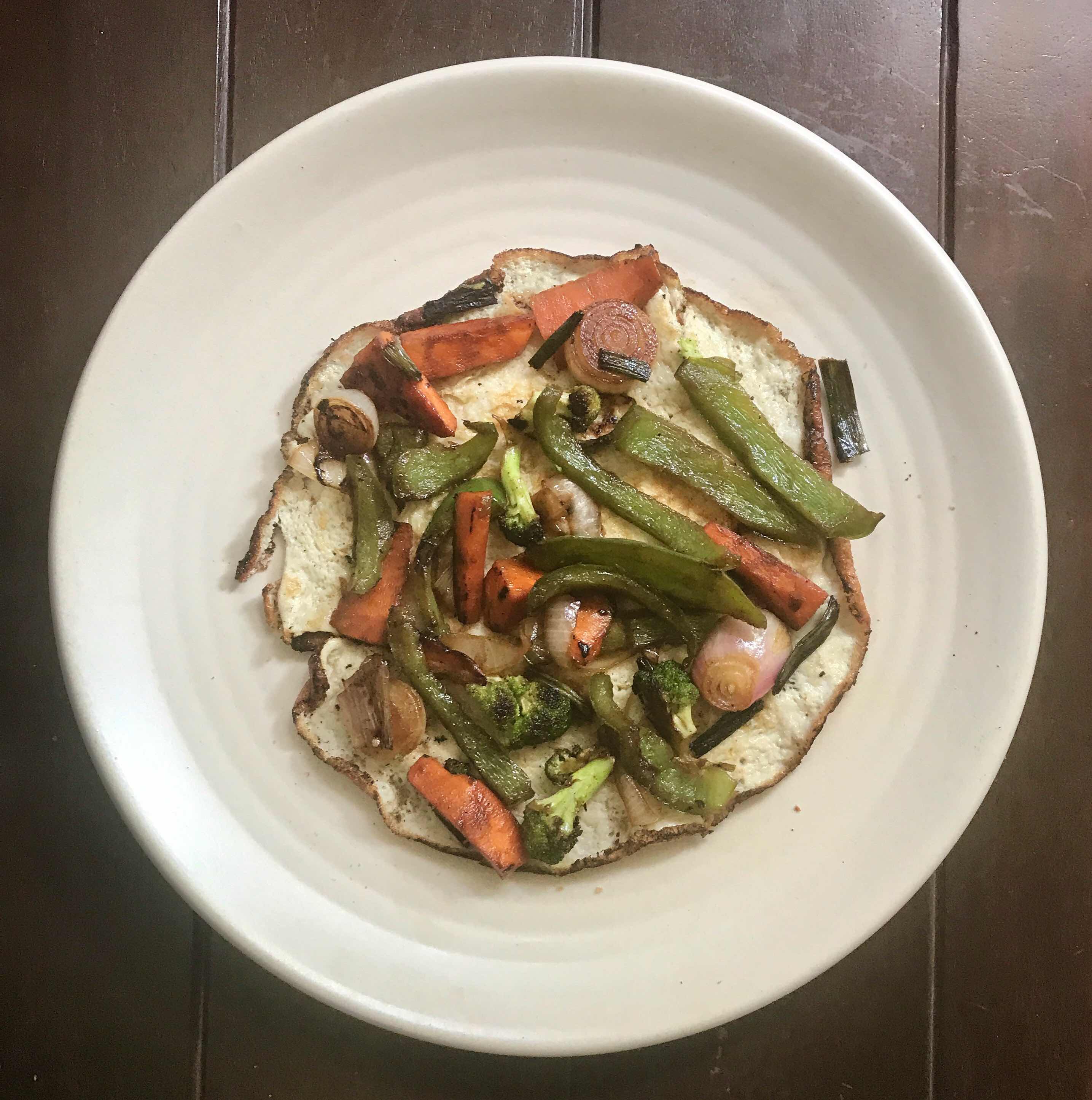 Tried something for breakfast inspired inspired by a video I’d seen on Instagram a while back.

The video, which I think I saw in Nikhil Merchant’s feed, suggested frying the vegetables separately, then making the eggs and then adding the veggies back.

So that’s what I did. I sliced some capsicum, spring onions, carrots and broccoli and flash fried them on the cast iron pan. I added a bit of the soy honey glaze that the restaurant Hello Guppy had sent in the invite to announce their cherry blossom festival in Mumbai. 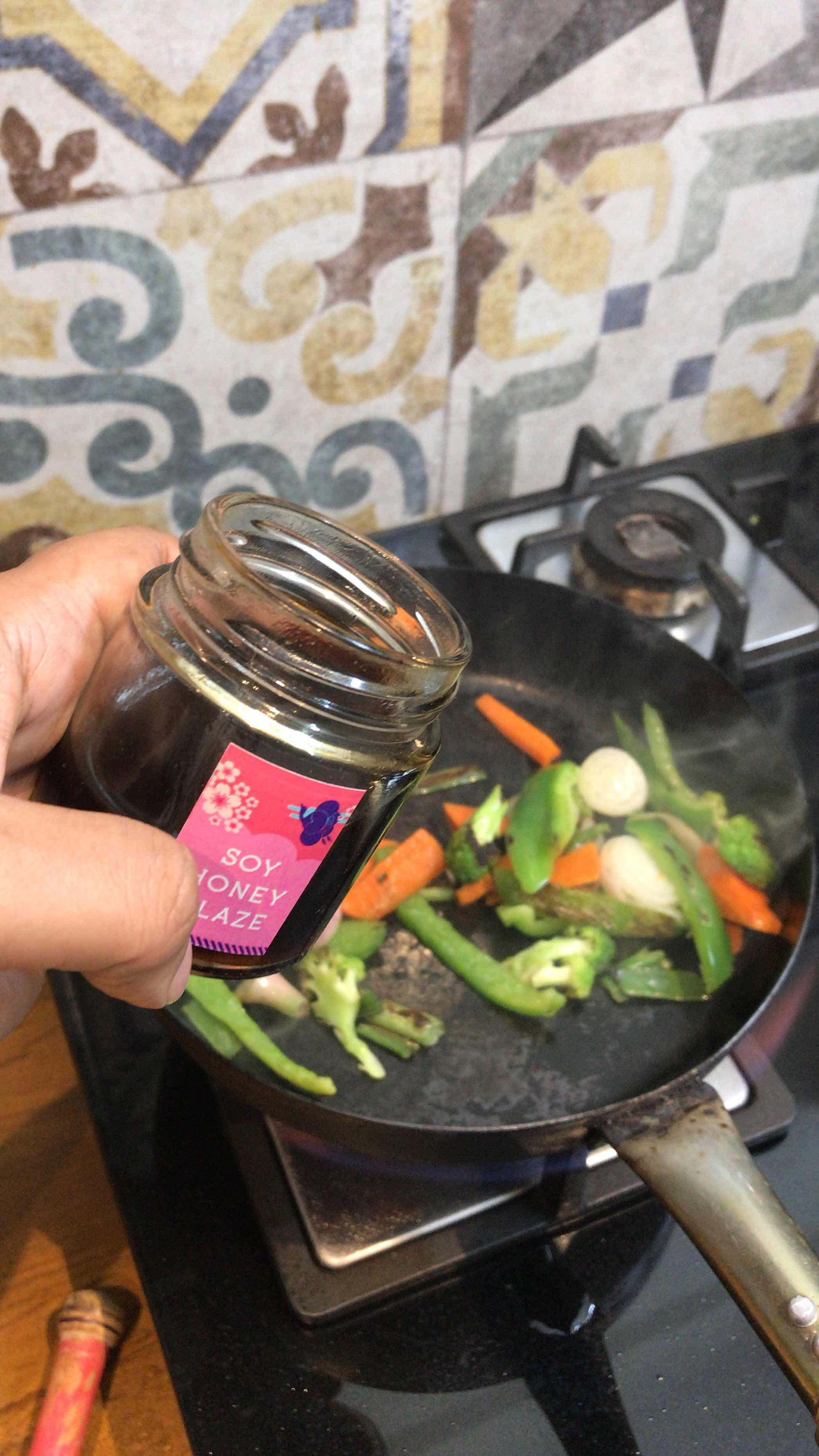 I then kept the veggies aside. Added a bit more oil to the same pan and added a vigorously hand whisked (40 sec) egg white, salt and pepper mix and added a few drops of the glaze. Once the egg began to form I managed to flip it over without its breaking!

It did get burnt a bit as the cast iron pan heats up quickly but that can easily be avoided with more care. Some have suggested covering the pan with a lid and keeping it covered to avoid it getting burnt and on cutting down on the amount of oil used.

Once the egg was done, I took it out on a plate and put the veggies on it. Worked wonderfully. I was so happy with myself. This dish required about 1.5 tablespoons of oil so need to work on that. I used canola oil for this.

I’d taken two slices of multigrain toast with it, but needed just one because of the bulk that the veggies gave. Could have done without that too. 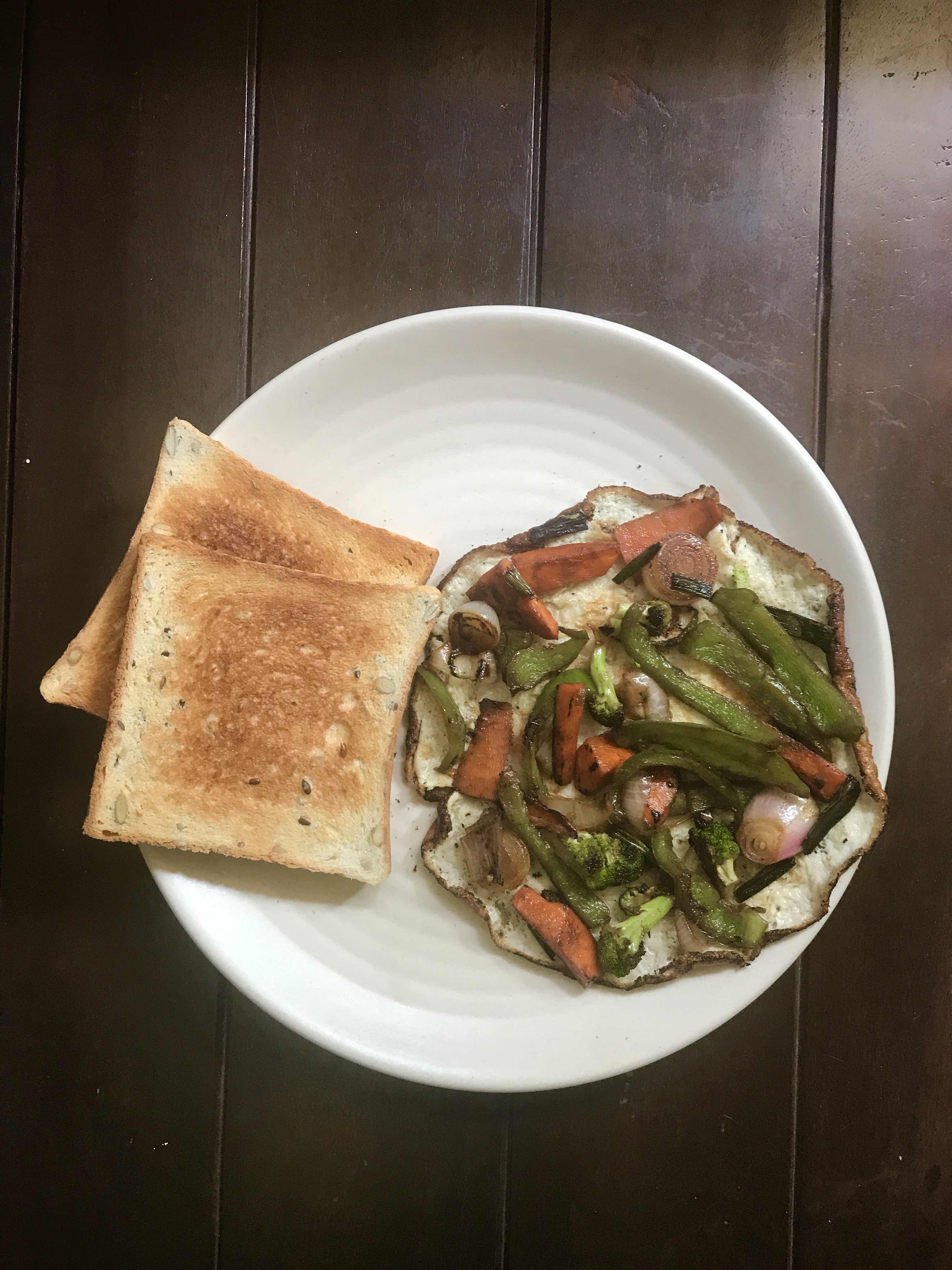 As I said in an earlier post, opinions on egg whites are divided so it’s really up to you.

K pointed out that doing my medical check ups after a long, long time  and being told to be conscious about what I eat for a while by my docs, has added a new dimension to what I do in the kitchen these days and I am quite enjoying it. I think it shows.

Turning poison into medicine as they say in Buddhism.

I call this dish ‘Hokkaido Eggs’ basis something we are studying right now in our Buddhist group.