A red letter day. On getting red rice right and pairing it with a light & summery chicken curry 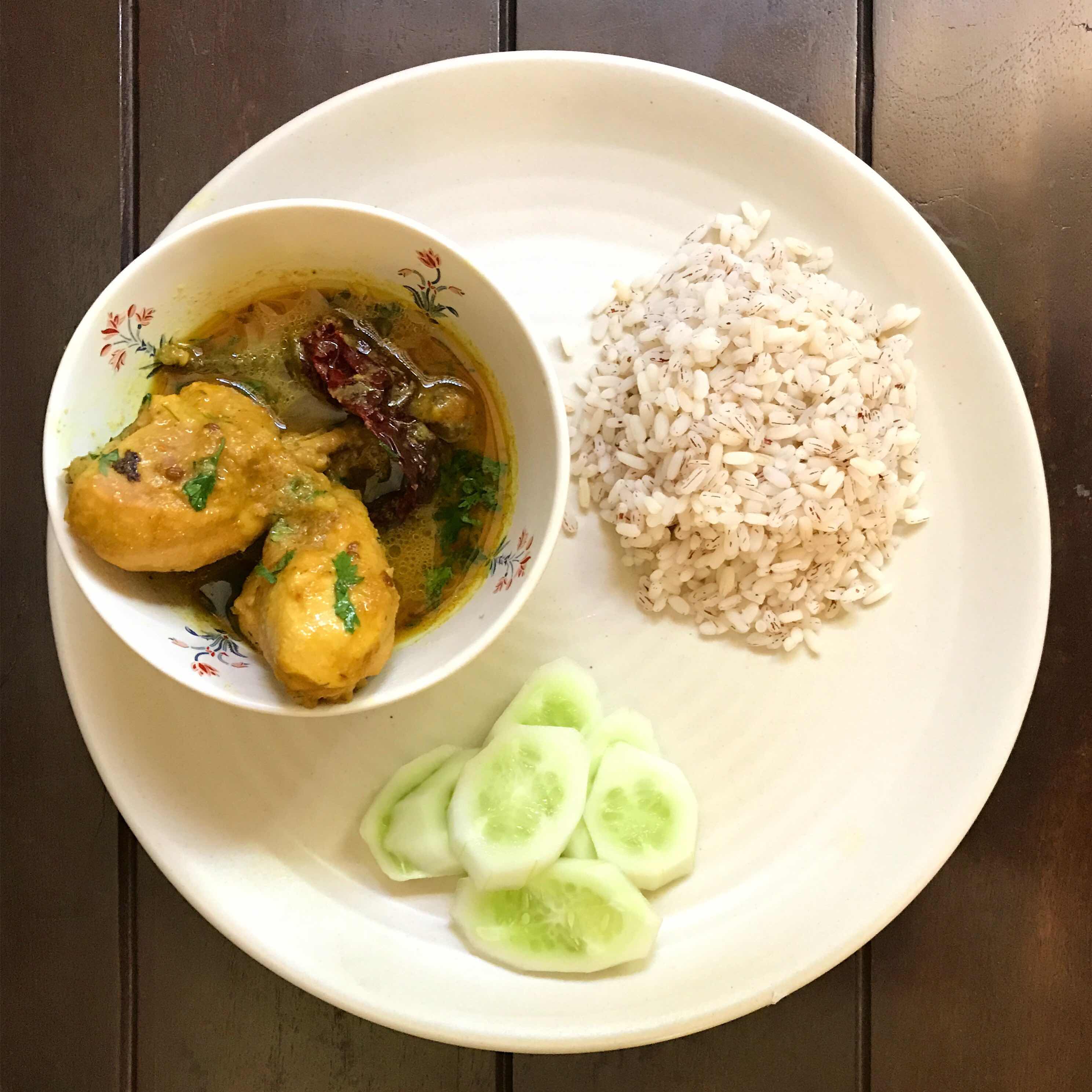 Made red rice for the first time. This is supposed to good for you as it’s a whole grain, high on fibre, fat free etc (see the attached link which I found on the net).

It’s a staple in Goan, Mangalorean and Keralite households I believe. I have had it occasionally in restaurants serving these cuisines but we have never made it at home before this.

I thought of giving it a shot as our attempts to make brown rice at home in the past were disastrous and I wanted to experiment with whole grains.

I reached out to my friend Kaniska who is a Bengali and who now consumes red rice. He told me that he soaks it before cooking and makes it the way we Bengalis make rice. That is, by boiling it in water and then pouring out the excess water.

I followed his advice for cooking the rice and it worked. Tasted the way it does in the restaurants. Took longer to cook than my usual basmati but was nothing like my brown rice fiascos of the past. I’d just bought 250 g from Vijay Stores at Pali Naka but will buy more now.

I paired the red rice with a light and summery curd and cumin based chicken curry that I made.

I had marinated the chicken (4 drumsticks) in 100 g curd, a teaspoon of cumin powder and 1/2 teaspoon each of turmeric, red chilli, coriander and garam masala powder, to make this.

I then heated a tablespoon of mustard oil in a pressure pan. Added a teaspoon of whole cumin seeds, 1 bay leaf and 1 Kashmiri dried red chilli.

Then the paste of the one red onion followed by a tablespoon of freshly ground ginger and cumin paste (2:1).

Then added the chicken and the marinate and salt and stirred it for a few months. Then 1.5 coffee mug after which I shut the pressure pan. Reduced the flame after 3 whistles and let it cook for 10 - 15 minutes.

The combination worked well and I had a Little Jack Horner moment.

Here’s the stuff I just read on red rice: