It took me years to dare to make a wholewheat pasta again. Here’s what followed... 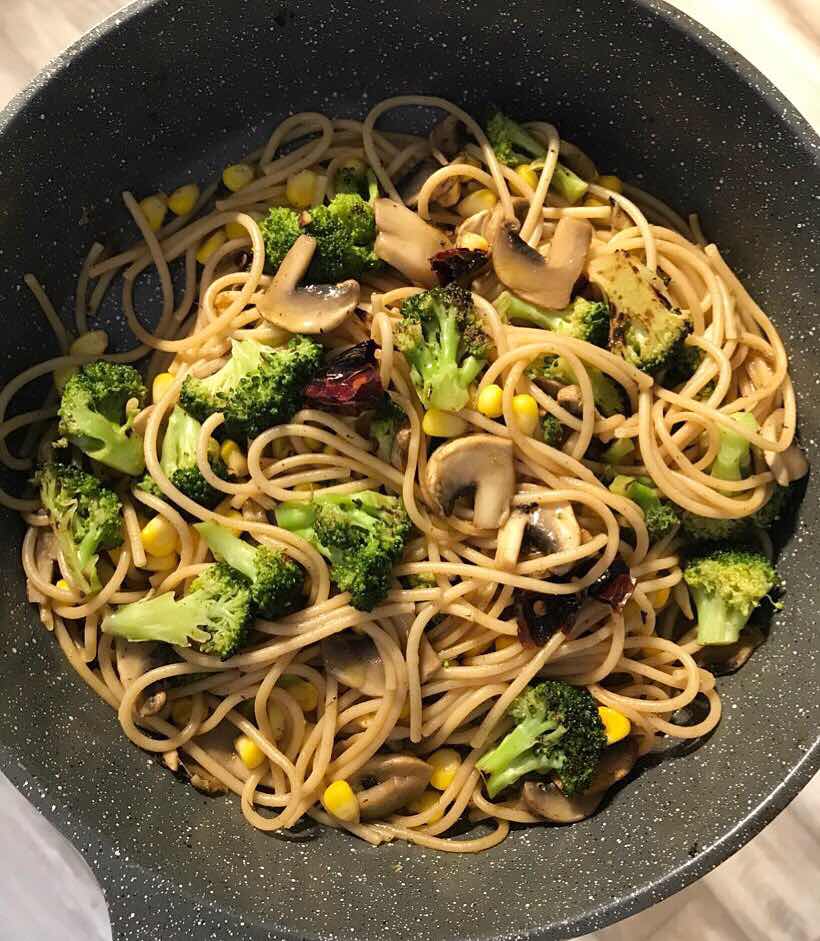 There are a couple of reasons why this picture makes me very happy. Here’s the first.

A few years back I had tried making wholewheat penne at home and the texture turned out to be akin to that of soggy cardboard. This happened with two different brands. One foreign and the other Indian. I gave up and never tried it again.

Then I decided to confront my fears after ages and bought a pack of wholewheat spaghetti  from Regal Plus at Bandra last weekend in an attempt to consume carbs lower on glycemic Index.

I cooked with it tonight and I must say that this time my wholewheat pasta turned out to be quite pleasing and a pleasant surprise. Most importantly, the texture seemed just right.

The brand that I used was Del Monte. I feel that using spaghetti made it easier to make this work that penne.

The other exciting bit about the picture is that I think I’ve finally found a spot in the house to take pictures of my dinner in a manner where the resultant food shot doesn’t have the bad lighting resultant tacky production values of a B Subhas 80s flick.

I thought that I must share the recipe too since the dish turned out well:

Add sliced mushroom, diced broccoli and boiled corn & cook on high heat after seasoning with salt (I used pink salt), crushed black pepper and dukkah (if you have it at home)

When the veggies are cooked, add the pasta with a bit of the water it was boiled in.

Toss for a couple of minutes. Add a bit of salt. I added some Persian lime powder for tanginess. When done, add a liberal dose of the best Extra Virgin Olive Oil you can lay your hand on. We currently have an artisanal Spanish one which I finish such dishes with. 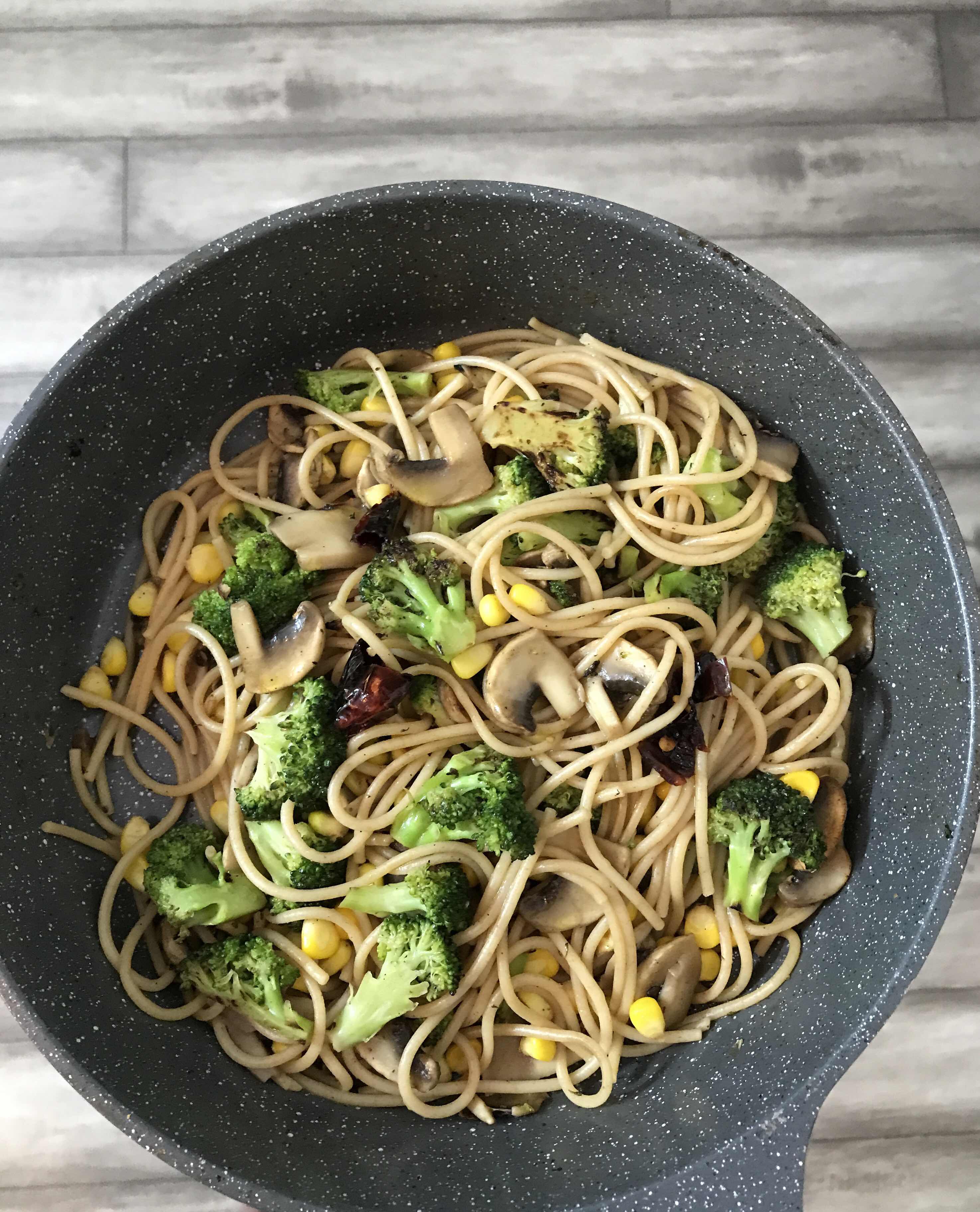 I must point out that I felt encouraged to try making wholewheat pasta again after the wholewheat penne that chef Ashish Bhasin got his team at The Trident at Botticino to make. The texture there too was close to that of regular penne. When I had it then I too felt that I had a chance with wholewheat pasta after the chefs showed me that it could be done. 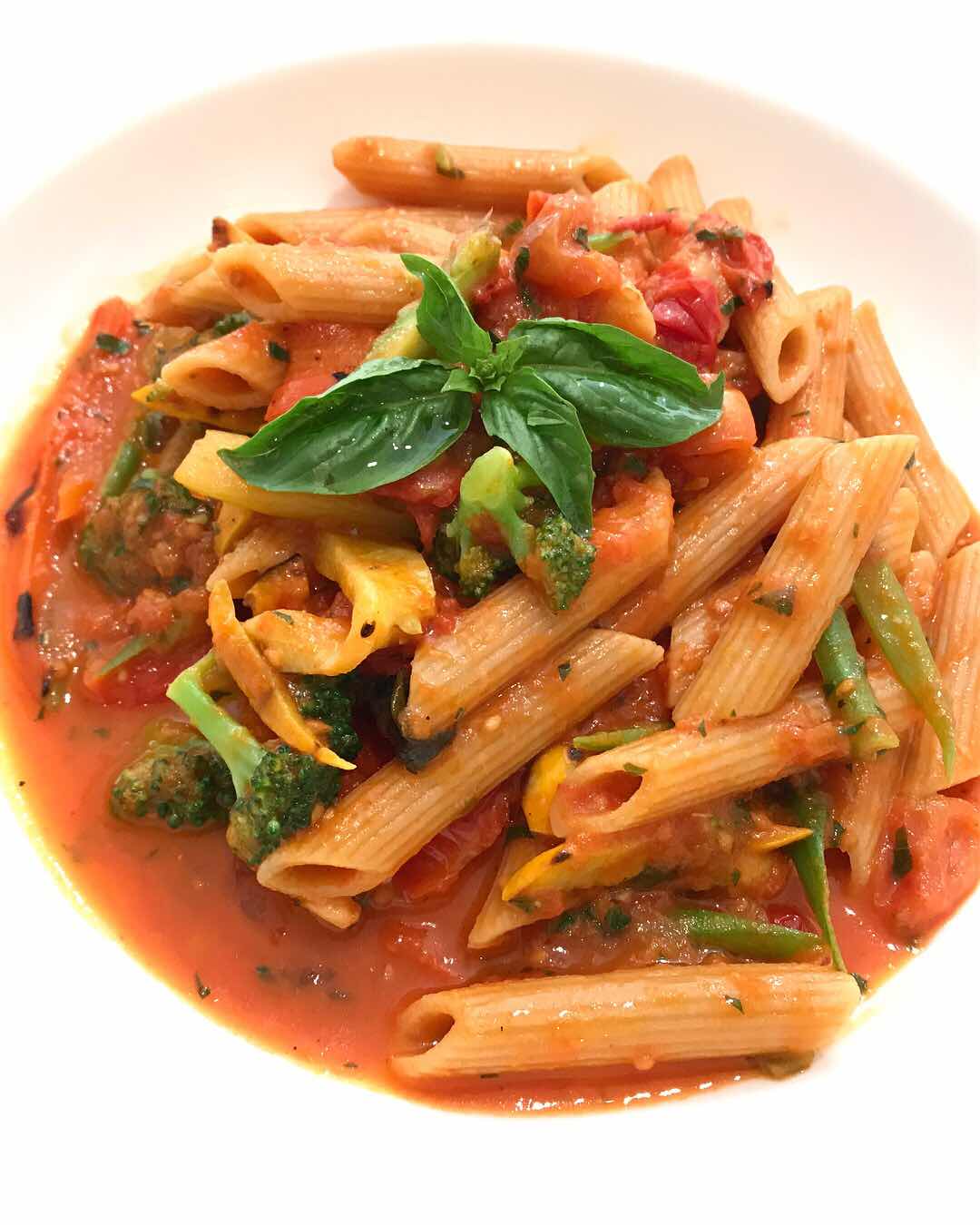 PS I first thought that I’d add that this is not a paid post by Del Monte but didn’t. I realised that I still prefer to do it the old fashioned way and specify when something is sponsored or a collab, rather then when it is not.

The meal at Botticino was hosted by the Trident though and crimped by them. Chef Ashish is a friend and on seeing our recent picture together, many said that we look like brothers if not twins.

What do you think? 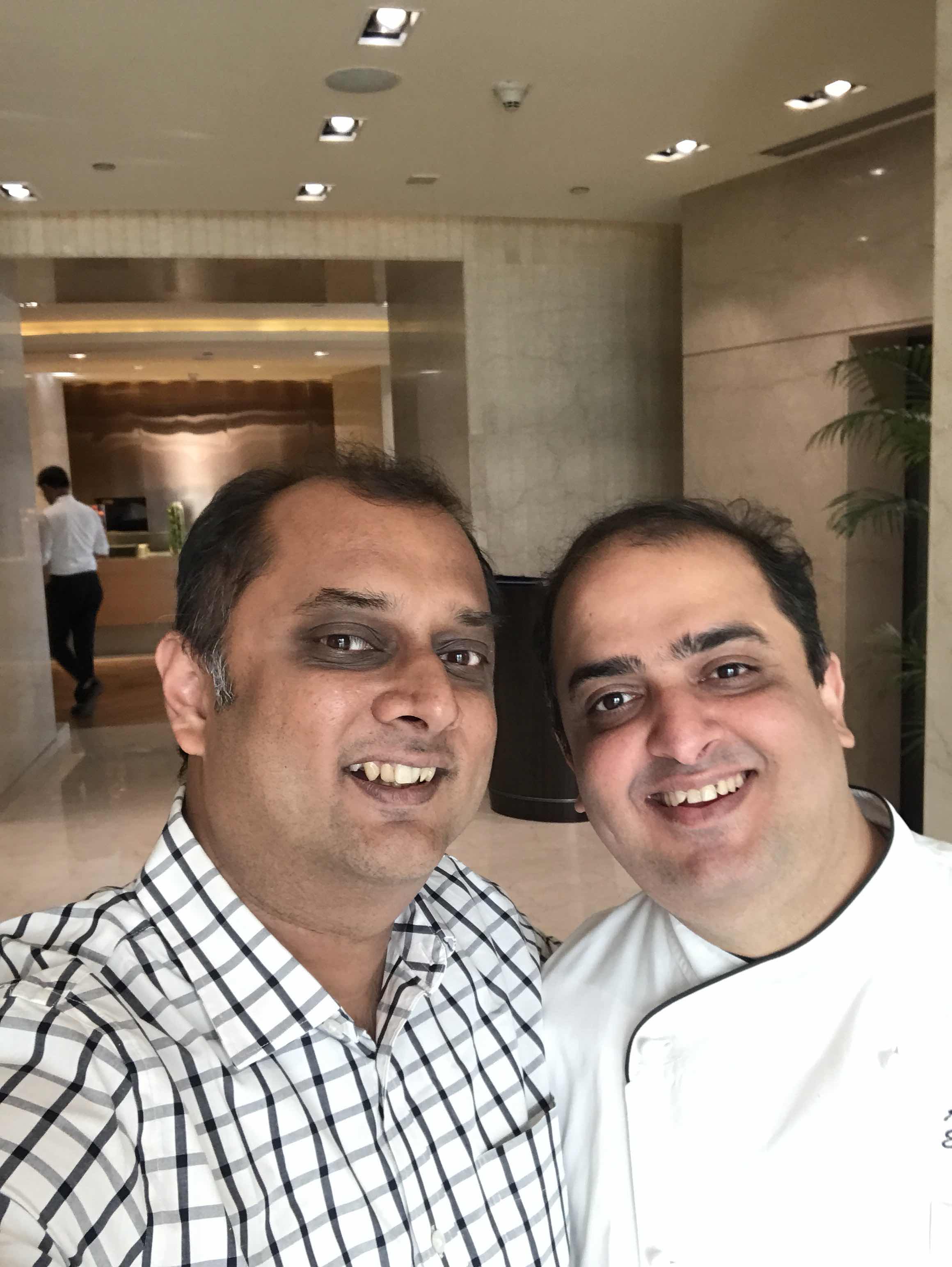