When leftovers make way for new beginnings. A salad where flavours from the North East of India says hello to the world 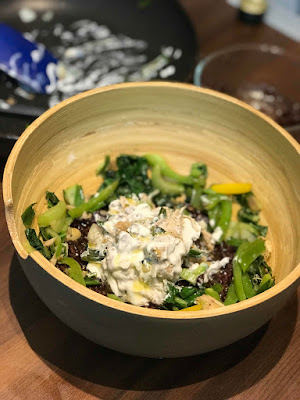 There was some leftover cooked Manipur black rice in the fridge and leftover Assamese boiled chicken and a Mediterranean dukkah, walnut and Spanish extra virgin olive oil hung curd dip that I had made too.

I sautéed lots of greens which were in the fridge too and which were chopped originally to make bhetki in Thai oyster sauce with - capsicum, spring onions bokchoy - in olive oil and let it cool. I then mixed the black rice, the chicken, the dip, the greens, salt and pepper in a salad bowl and added some more of the Spanish extra virgin olive oil  at the end and sprinkled some sumac and sunflower seeds on top to make a nice and summery salad. A true global citizen of a dish with prominent flavours from the north east of India.

It tasted pretty good. I ate half. Left the rest for a snack tomorrow.

I am given to understand that salads and boiled dishes are big in the cuisine of north eastern India with local herbs being used to add flavour rather than oil or spices. 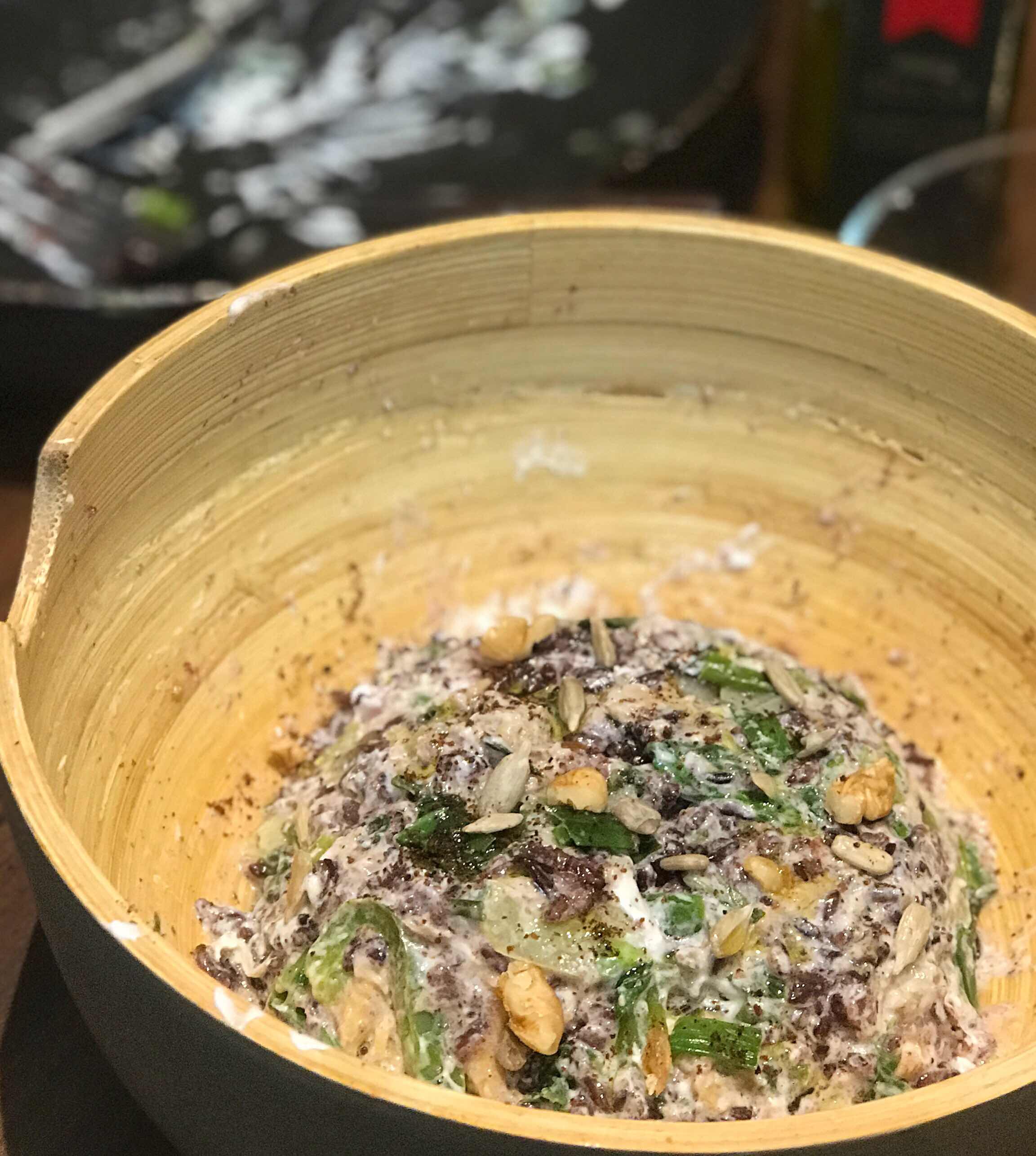 The funny thing is that the salad bowl that I used tonight was gifted to me by the missus from one of her international work trips. Given that we never make salads, we had used it so far as a bowl for keys and stuff and I had to wash it thoroughly first. It’s staying in the kitchen from now!

A friend had messaged me just before dinner saying that she’d made the Assamese boiled chicken from the blog today. She said that she had added some coconut oil at the start and had really liked the final dish. She told me that emboldened by the results, she has now decided to cook everyday.

What makes this story special is that she is battling cancer and that the last time we had messaged each other she had told me that the chemo had made her nauseous.

I felt so happy for her to hear about her chicken story that I rushed to the kitchen to experiment more and rushed to the phone to post this after I saw that the experiment had gone off well.

Please join me in saying a quick prayer for her and in wishing her all the best for her next chemo session which is on Monday next.

Here’s the final dish and yes, it did me say ‘what a good boy am I’ and makes it to what I call my #LittleJackHornerMeals series of healthy meals which make me happy too.

PS: I must thank the folks at Kitchen Garden by Suzette who, through their udon noodles with miso salad, have showed me that salads can be tasty too.