When the sun rose in the West in Japan. Breakfasts at Mandarin Oriental, Tokyo 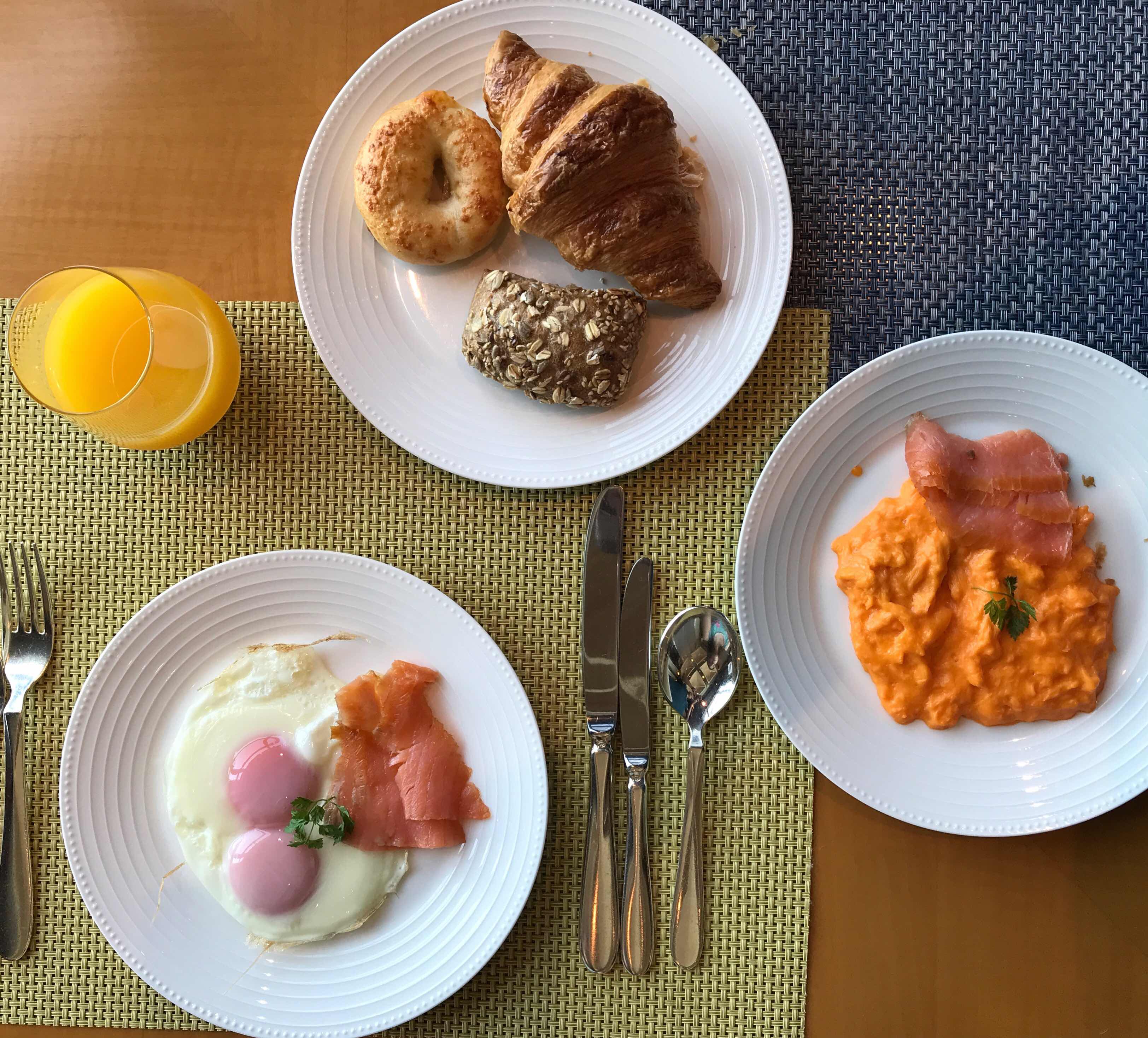 In case you do follow my blog regularly then you might be wondering about what happened to my stated resolve to blog regularly while on vacation in Japan.

Well, the truth is that I gave up doing so after the first couple of days. I’ve been posting on my other social media channels regularly though. I realised that by blogging in addition to posting on social media, I was spending too much time on the phone rather than resting enough at night, or taking in the place, or spending time with K and that this didn’t make sense and was getting to be physically tiring too. Whether my blogging while here was the opposite of ‘being in the moment’ is debatable. To me that’s one way of enjoying a trip after all. I have realised that flexibility is the most important thing in life and that one should not get too fixated by a plan. 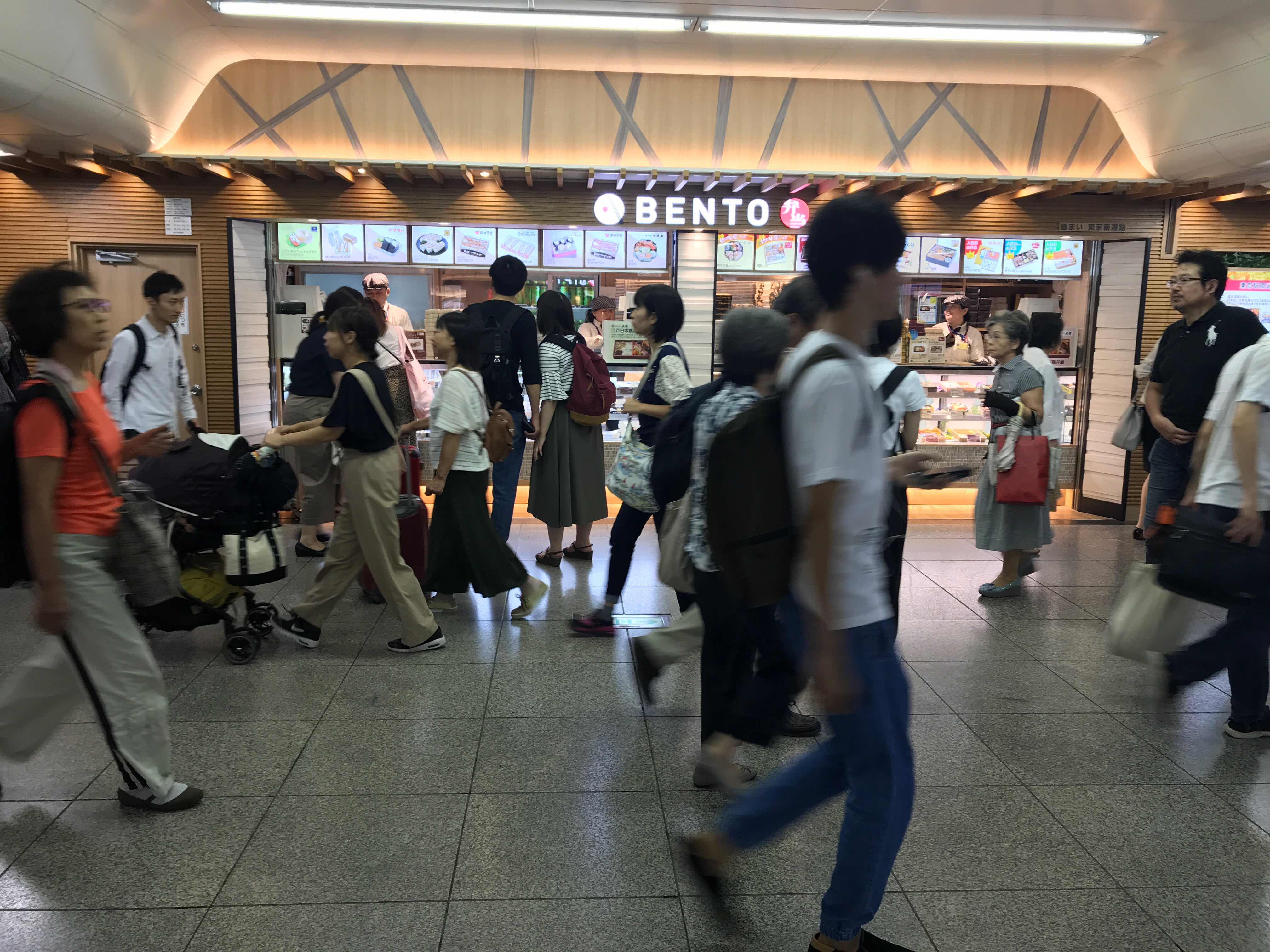 Right now I am on the bullet train to Kyoto so thought I’ll write a post with the the time on hand. K is napping, there’s no wifi. 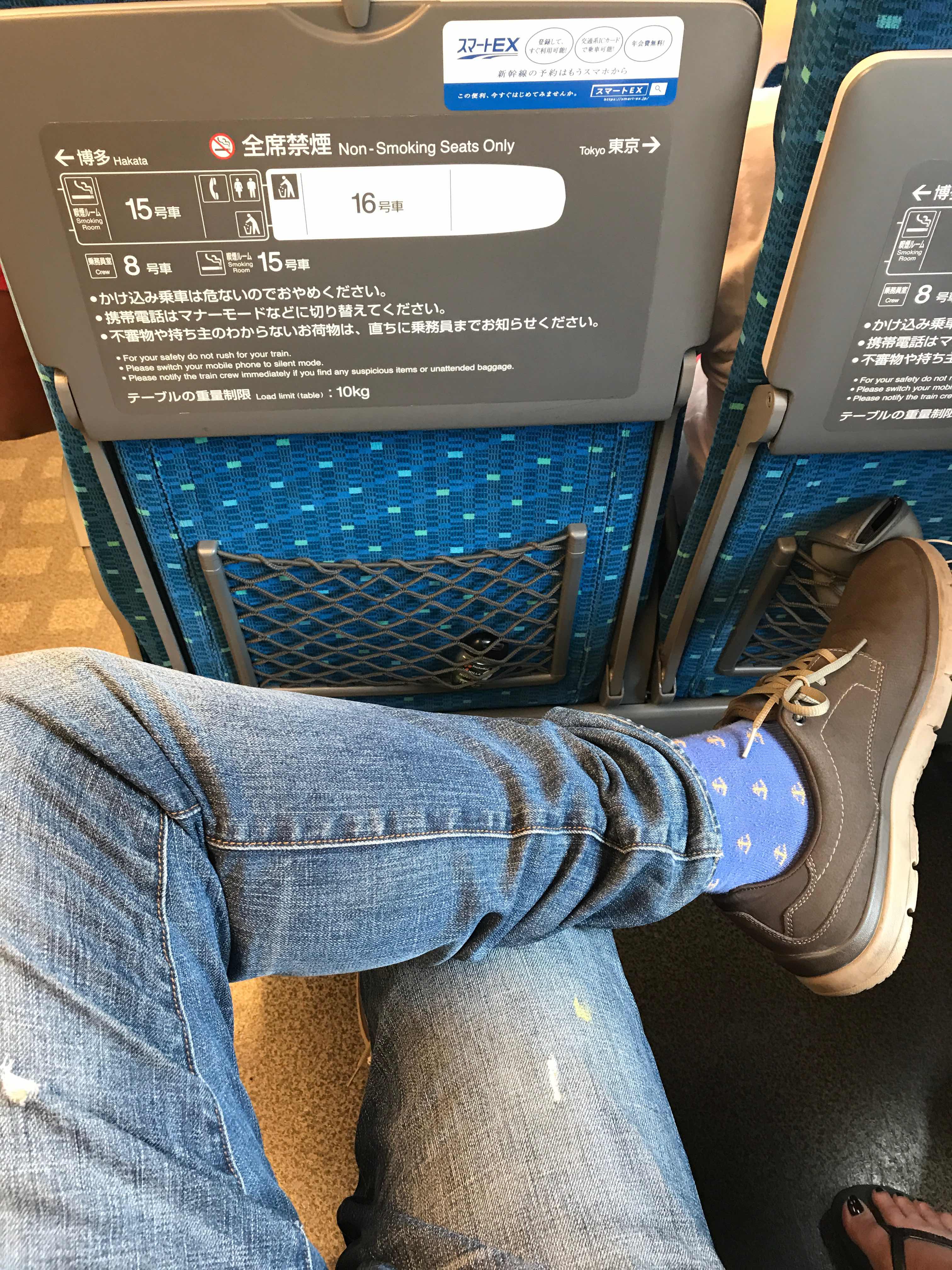 Leg space is ample and there’s still a bit of time before I take out the bento box lunch that is picked up from the Tokyo station on my friend Yukari Sakamoto’s recommendation. The perfect moment for blogging. Or reading. 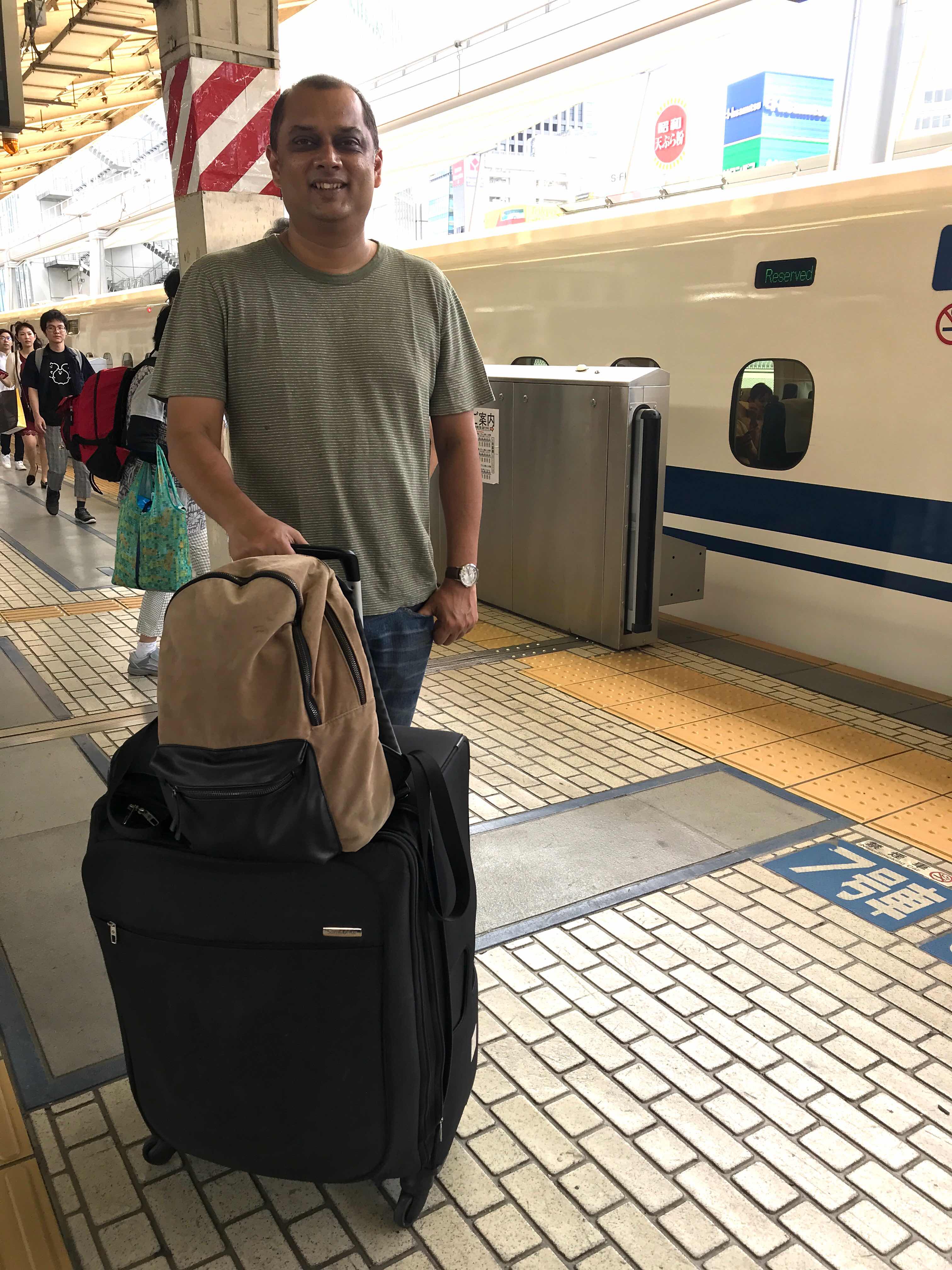 Incidentally, I took the bullet train to Kyoto exactly 40 years I had first done so. The first time was in 1978 and I was 4 years old then. My dad had taken my mom and me along with him to Kyoto where he was presenting a paper at Sicot, the world Orthopaedic Congress. Which is why I was rather kicked about the trip.

In this post, I am going to tell you about the two magnificent breakfasts that we had at the Mandarin Oriental, Tokyo, during the two days that we were there. Breakfasts that the Emperor Meiji would have approved of.

Emperor Meiji, as I learnt yesterday while visiting the wonderful Meiji shrine in Tokyo, was the Japanese emperor who ruled in the early 19th century. He is said to be responsible in helping Japan transform from being an isolationist feudal society to one open to western ideas and one which eventually became a capitalist superpower. The Meiji period, as I read in Yukari’s book, Food Sake Tokyo, is also when certain local restaurants began serving western influenced dishes such as spaghetti, hamburger steaks in demiglaze sauce, veg au gratin and curry rice (the British influence I guess).

We had couple of dishes at the Musaka Kaikan Restaurant outlet at the Edo Museum at Tokyo a few days back which gave one an idea of the food and they had some more traditional dishes too. 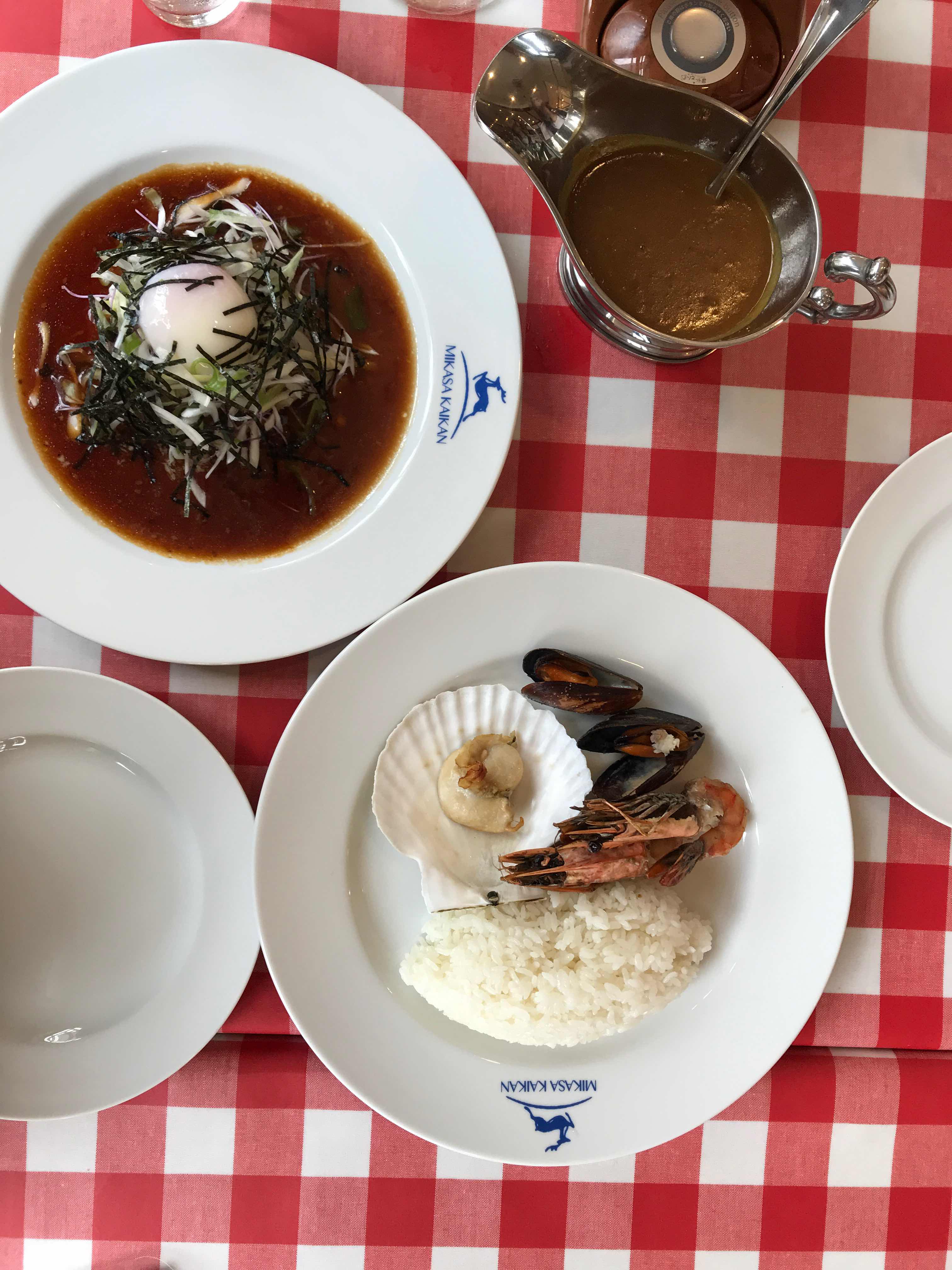 The dish that we loved there was hamburger steak with teppanyaki sauce, a beautiful symphony of the west and the east put together. The other was a seafood curry rice where the curry had a taste and texture which was a cross between a Parsi dhansak and a masoor. The  ‘traditional menu’ of this restaurant, which was established in 1925 (according to their signage), included an Indo (Indian in Japanese) chicken curry rice and pastas.

While my focus in Japan has been on eating Japanese food, I sought out classic western fare at breakfast  during the two days that we were here at the Mandarin Oriental.

We had breakfast at Kshiki, their all day dining Italian restaurant on both days. They lay out a buffet at breakfast here with both western and Japanese stations. As is the practise in many luxury hotels across the world, they offer some a la carte dishes such as eggs to order, waffles and pancakes too.

There was a Japanese gentleman at the restaurant, Mr Eita Ochiai (update), who took our order on both days. He did so with a lot of focus and precision and what he brought to us each day was exacted what we had in mind. A wonderful example of service that is attentive, competent and discreet. 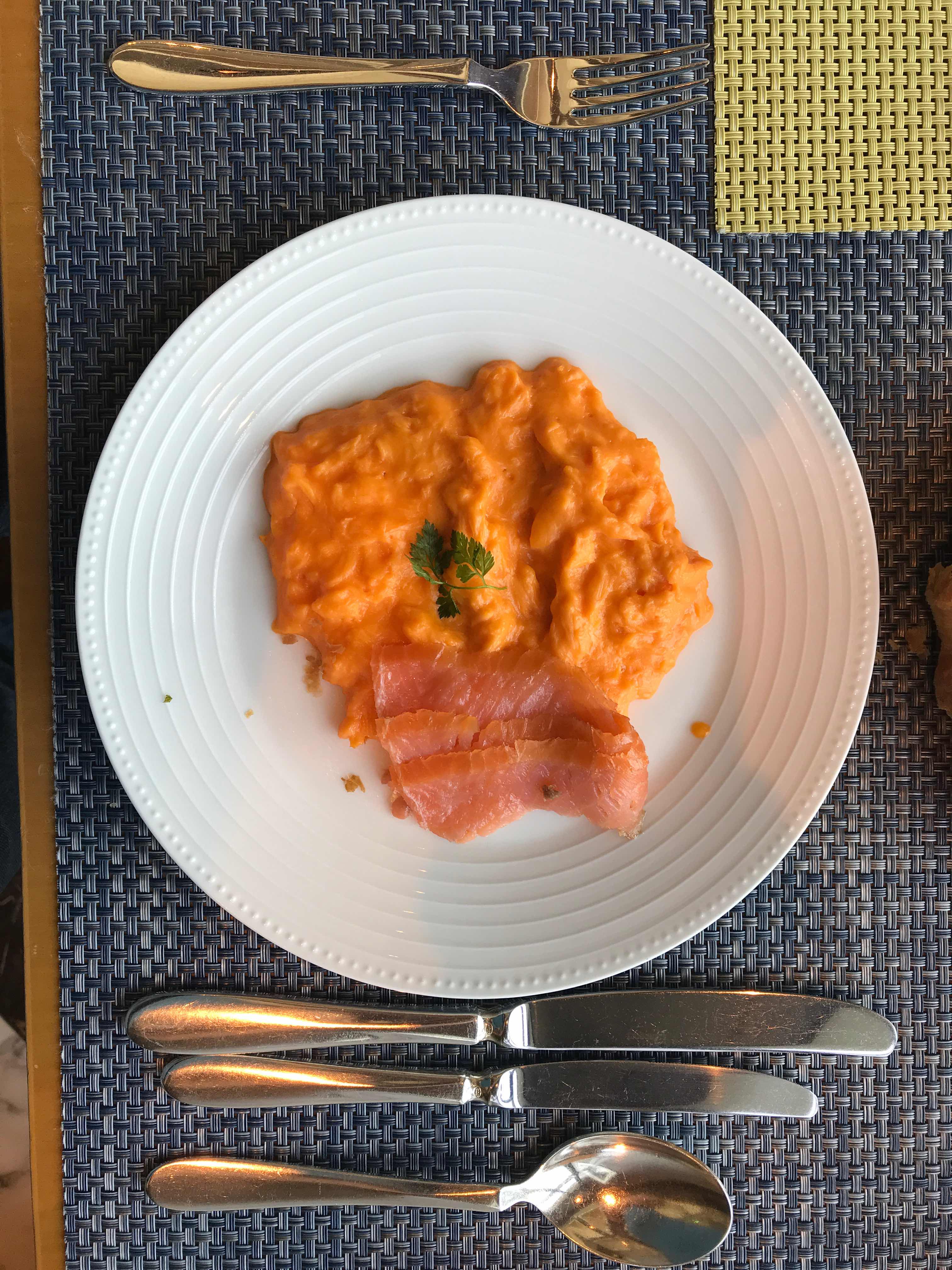 On the first morning, I said that I wanted creamy scrambled eggs. Mr Ochiai clarified that what I meant was ‘runny’ and then got me one that was just what I wanted in terms of texture and seasoning and with the smoked salmon that I had asked for on the side.

The next day he smiled in an avuncular fashion when I requested for eggs benedict and said, ‘aah, our signature benedict.’ He looked very happy with my choice. 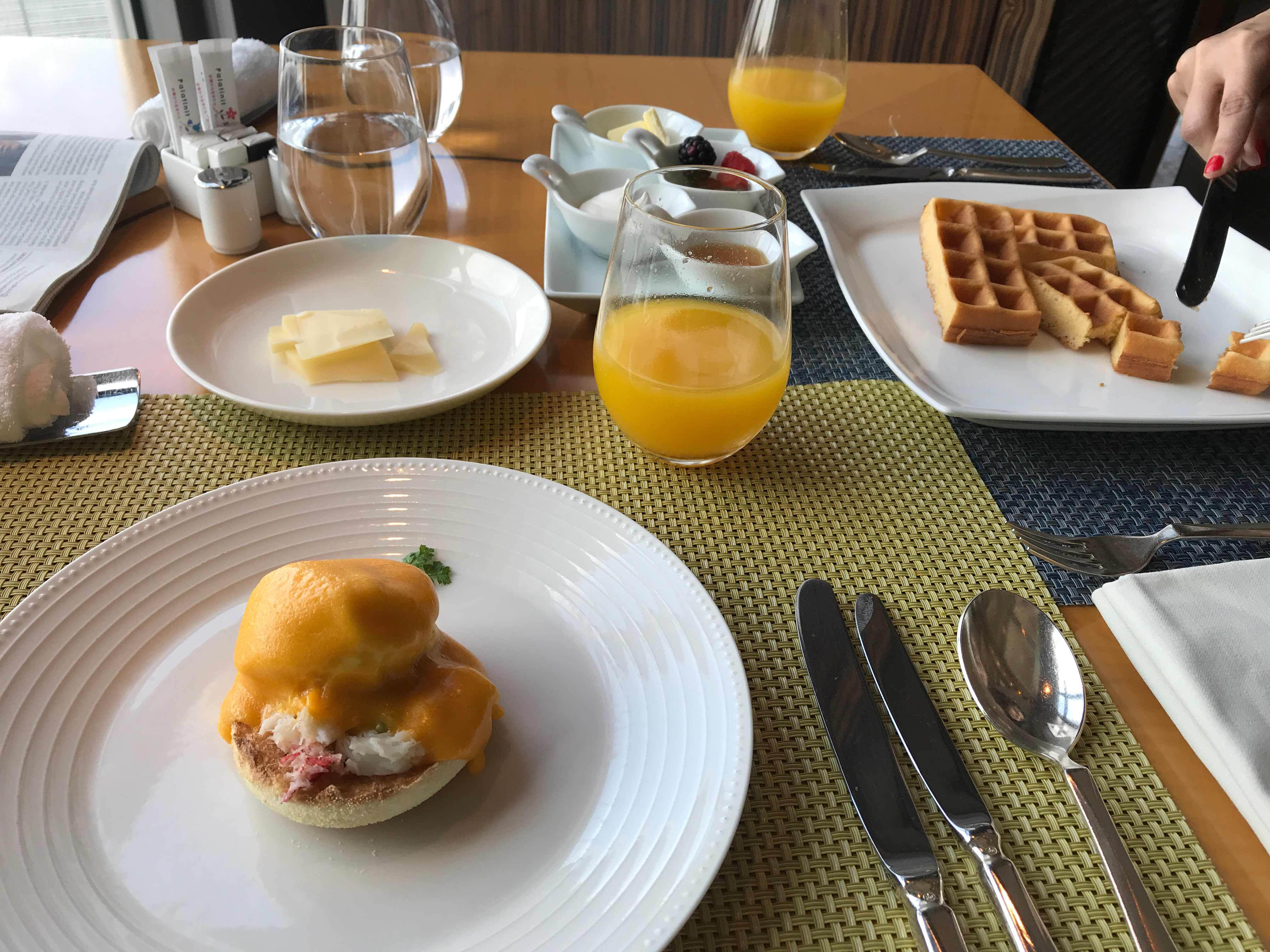 What he brought to me was a divine combination of a perfectly poached egg with a creamy avocado infused Hollandaise sauce and bits of excellent quality and inherently sweet and flavour packed crab meat. An example of the Japanese sense of subtlety combining seamlessly with the hedonism of European aristocracy. 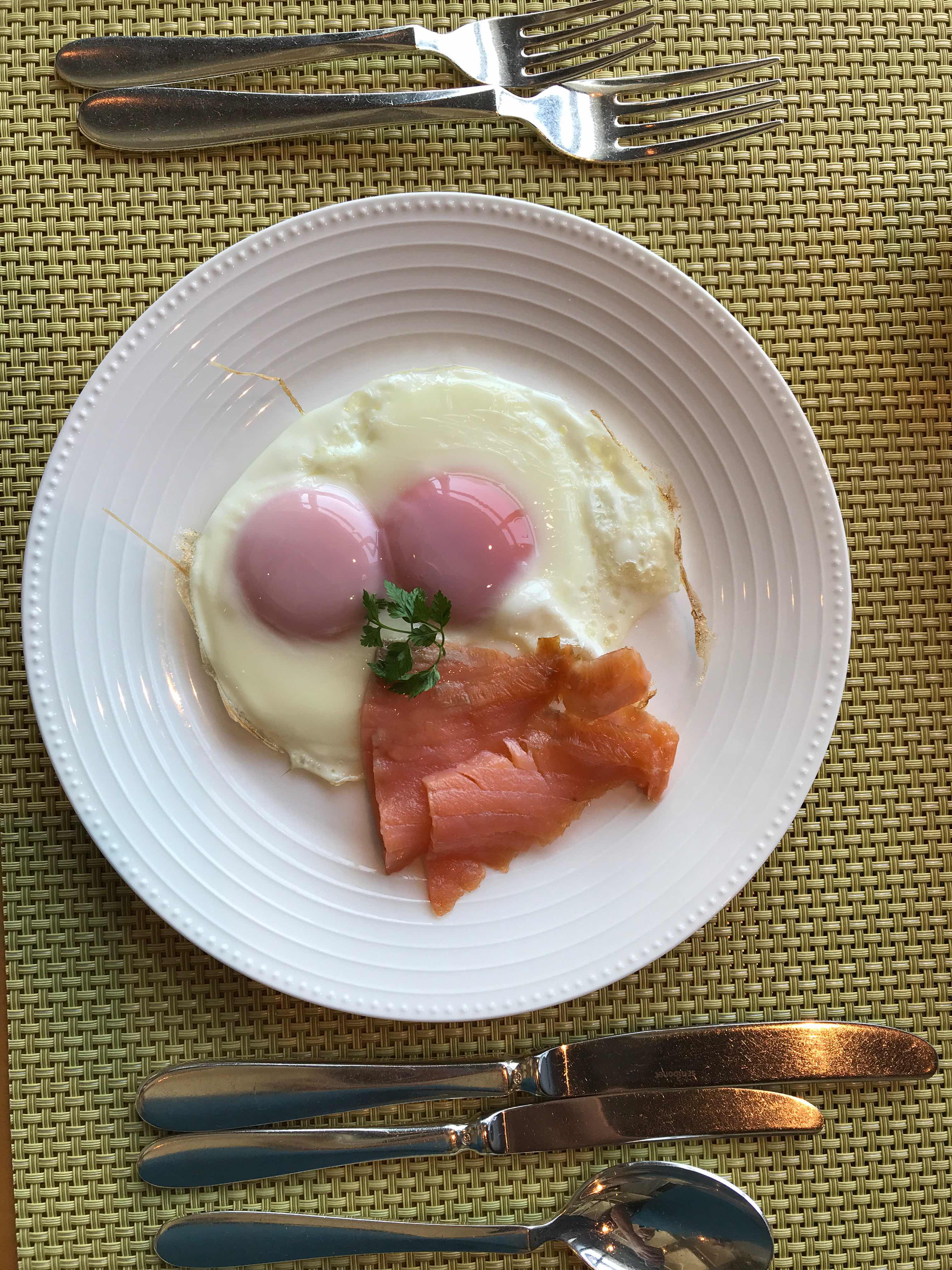 I could not get over the colour of the yolks of the eggs here and I saw that even in fried eggs that K had. ‘Sunny side up’ as the Japanese gentleman confirmed while taking her order on day 1. The yolks were blood red. No wonder they call this the ‘land of the rising sun.’ It’s the yolks you see! 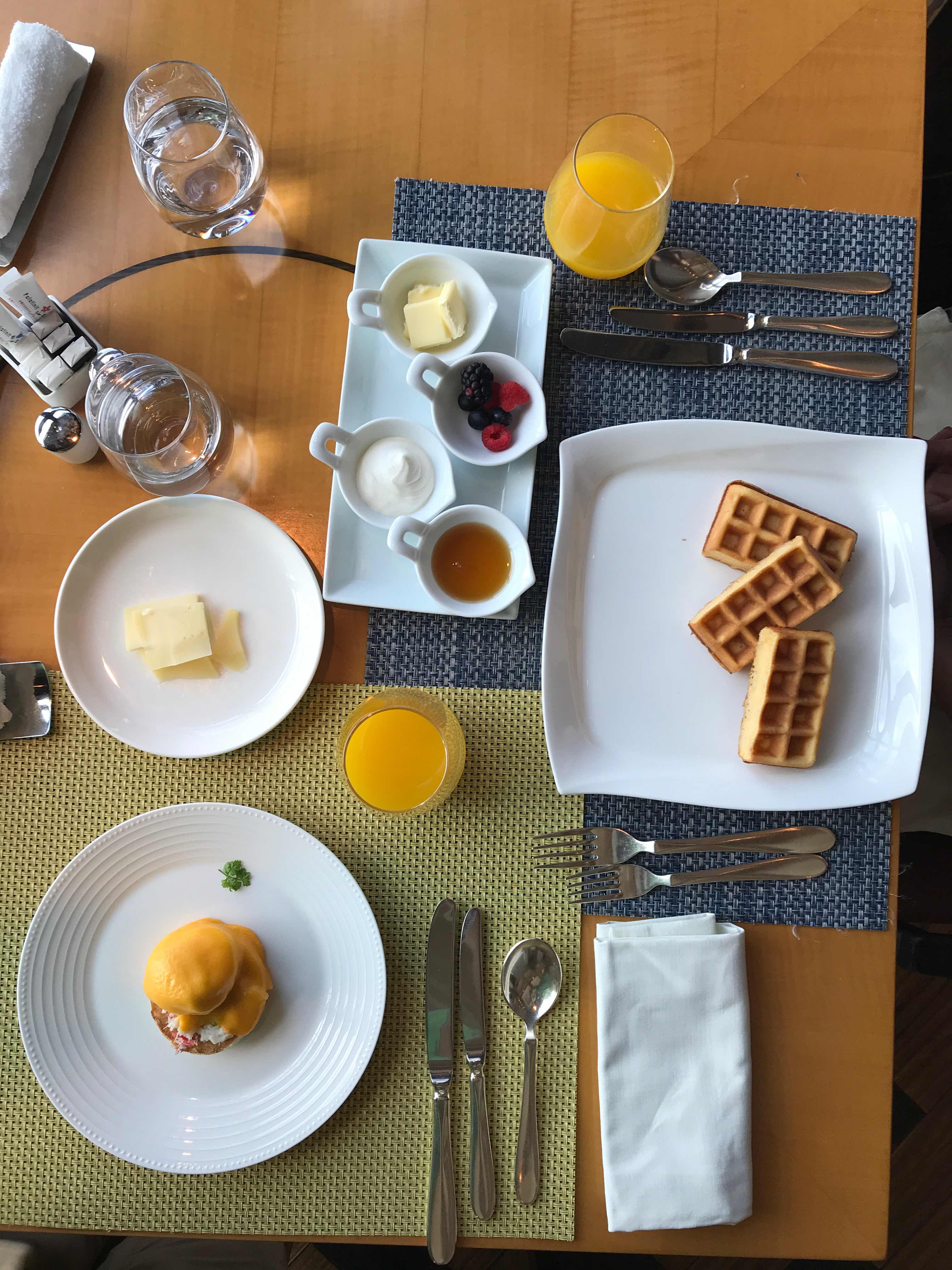 On day 2, K placed a request for waffles with Mr Ochiai and he got her a plate which had her squealing with delight. As she pointed out, she had hadn’t given her usual specifications, ‘not too crunchy, not too limp’ and yet he had read her mind and got her just what she wanted. Served with just butter on the side, as she had specified. Minimalistic as the Japanese would approve of.  I tasted some too and it was indeed a work of art. Interestingly, I had mine a bit later with my coffee and yet it held its form.

We met a young Frenchman at Kshiki, Robin Colleau, who was a month in to his job at the Mandarin Oriental, at Kshiki. He told us that he is from the London branch but is here on secondment right now and is loving this taste of Asia it seems. He introduced us to chef Davide of Kshiki, the genius behind the waffles and the food here.

Our Kshiki story didn’t end with our checking out after breakfast on day 2. There was more. Let me tell you what happened.

We had left our bags at the hotel as we had an engagement in the city and came back in the evening to pick them up. That is when Robin, who was waiting for me it, told me  that they had a ‘surprise’ for us and asked if we minded staying on for half an hour more before leaving for our next hotel. Intrigued I said we would and he led us to a table by the window at Kshiki. ‘Best table in the restaurant,’ said Robin as K and I sat down with the setting sun giving us company that evening in Tokyo. 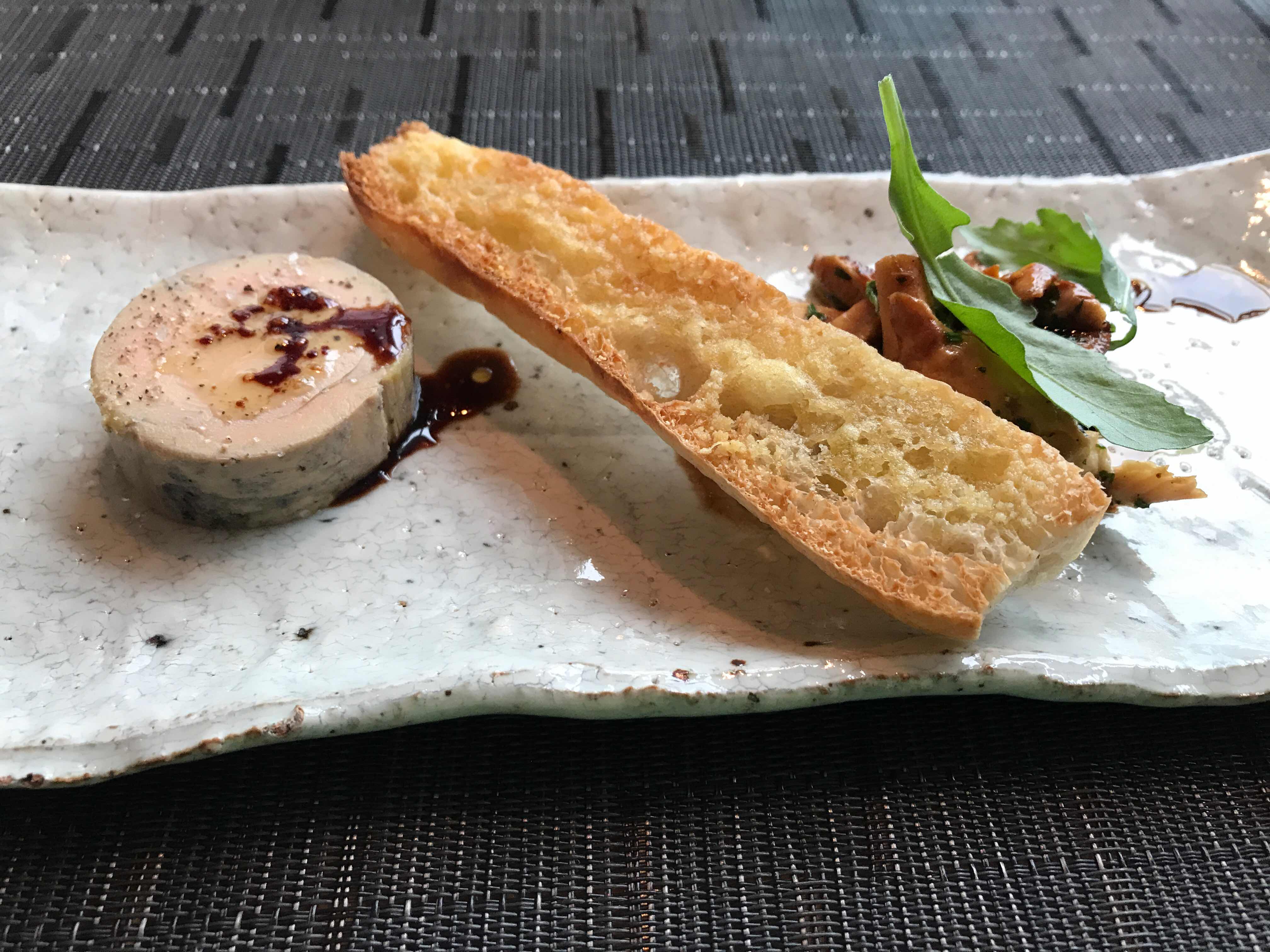 Turned out that chef Davide had most kindly prepared a little treat for us of foie gras dusted with a touch of sea salt, grilled seasonal mushrooms from both the north and south of lItaly, dabbed with a few drops of vintage balsamic vinegar and a slice of freshly baked, Parmesan dusted, crisp and buttery bread.

The genesis of this very ‘Downton Abbey’ tea treat it seems lay in a chat Robin had with K in the morning where they exchanged notes on their (and mine too) mutual love for foie gras. He later told chef Davide about this. The chef then planned this wonderful surprise while Robin chose a sweet wine with honey notes to pair it with and thereby sent us off from the hotel with memories we would not forget. 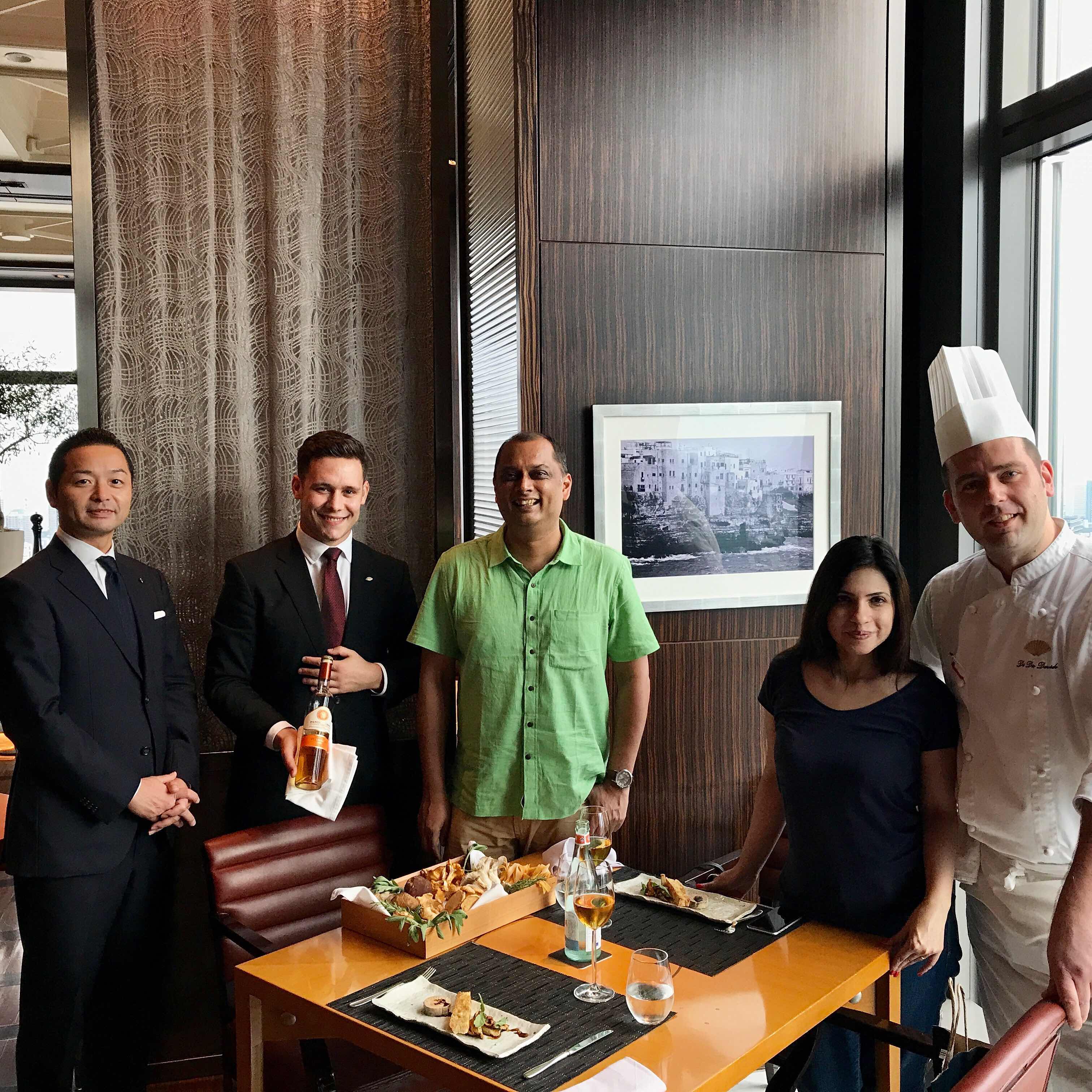 To sum up our Kshiki experience at the Mandarin Oriental, you had inspirations based on the food memories of a Frenchman and an Italian, teamed up with Japanese values of hospitality and efficiency, to give a Parsi and a Bengali from India a luxury experience that would match up with the best in the world.

I can imagine emperor Meiji being most pleased with how this story turned out, close to a century after his reign.

And I sure am one lucky man! 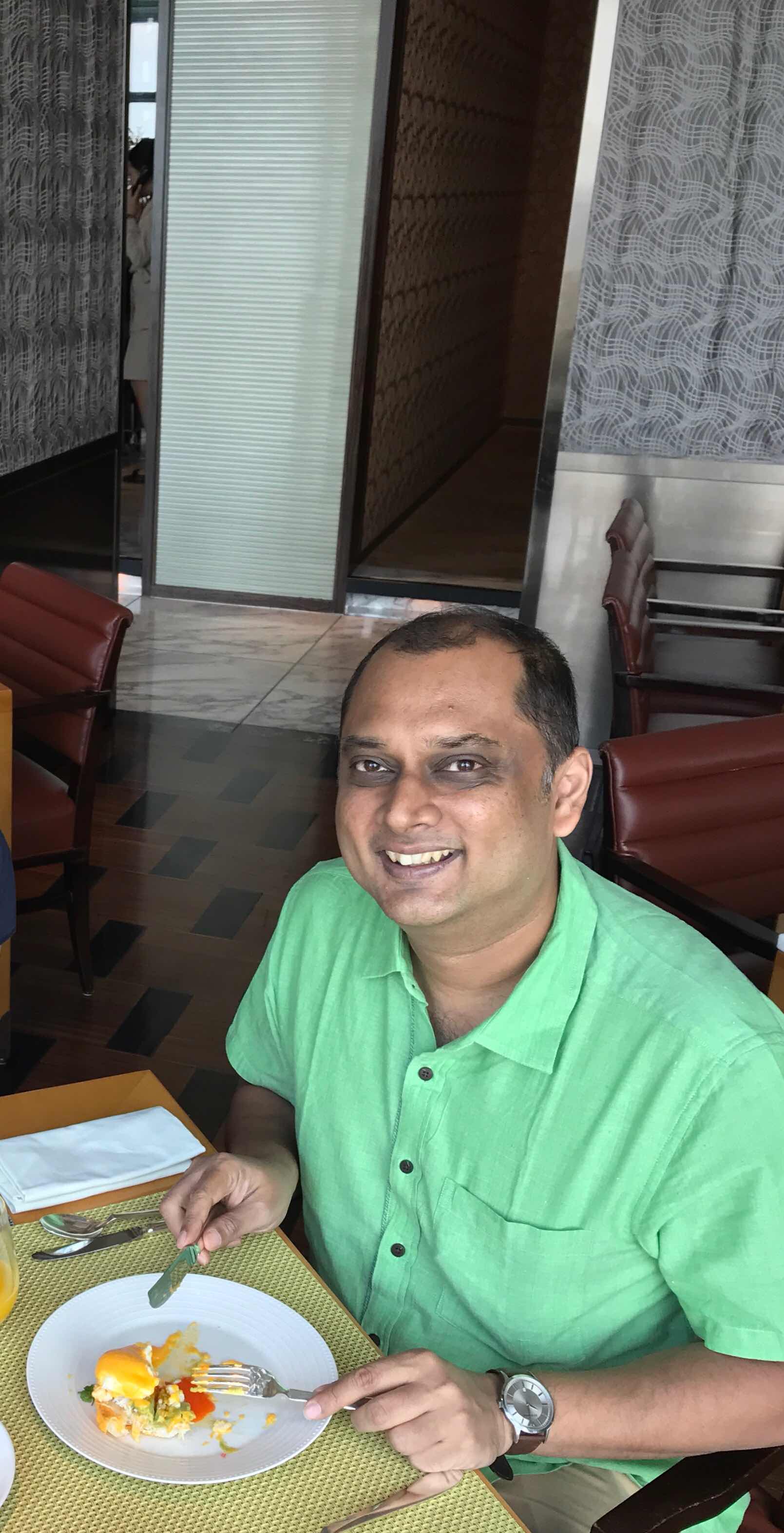 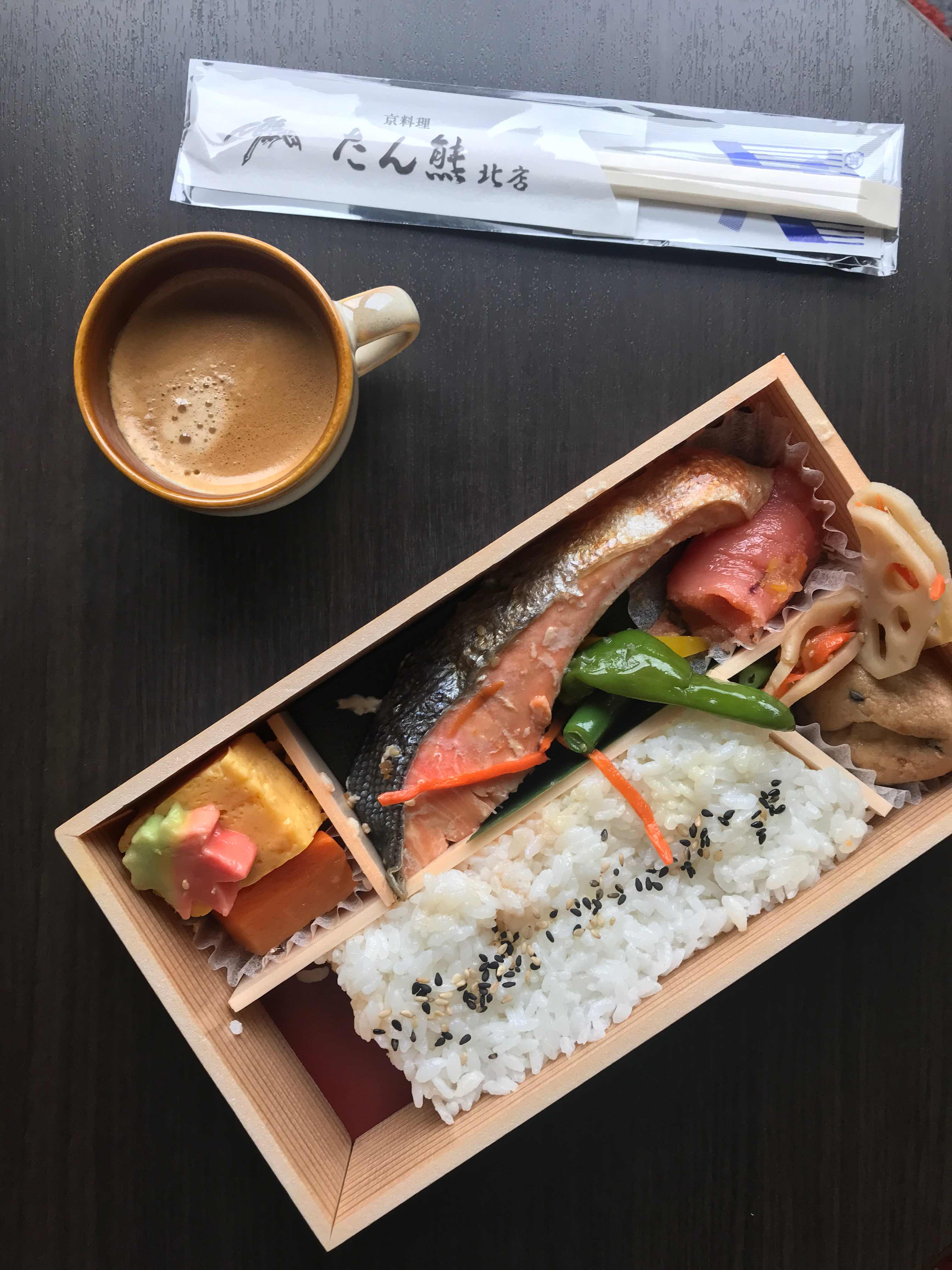 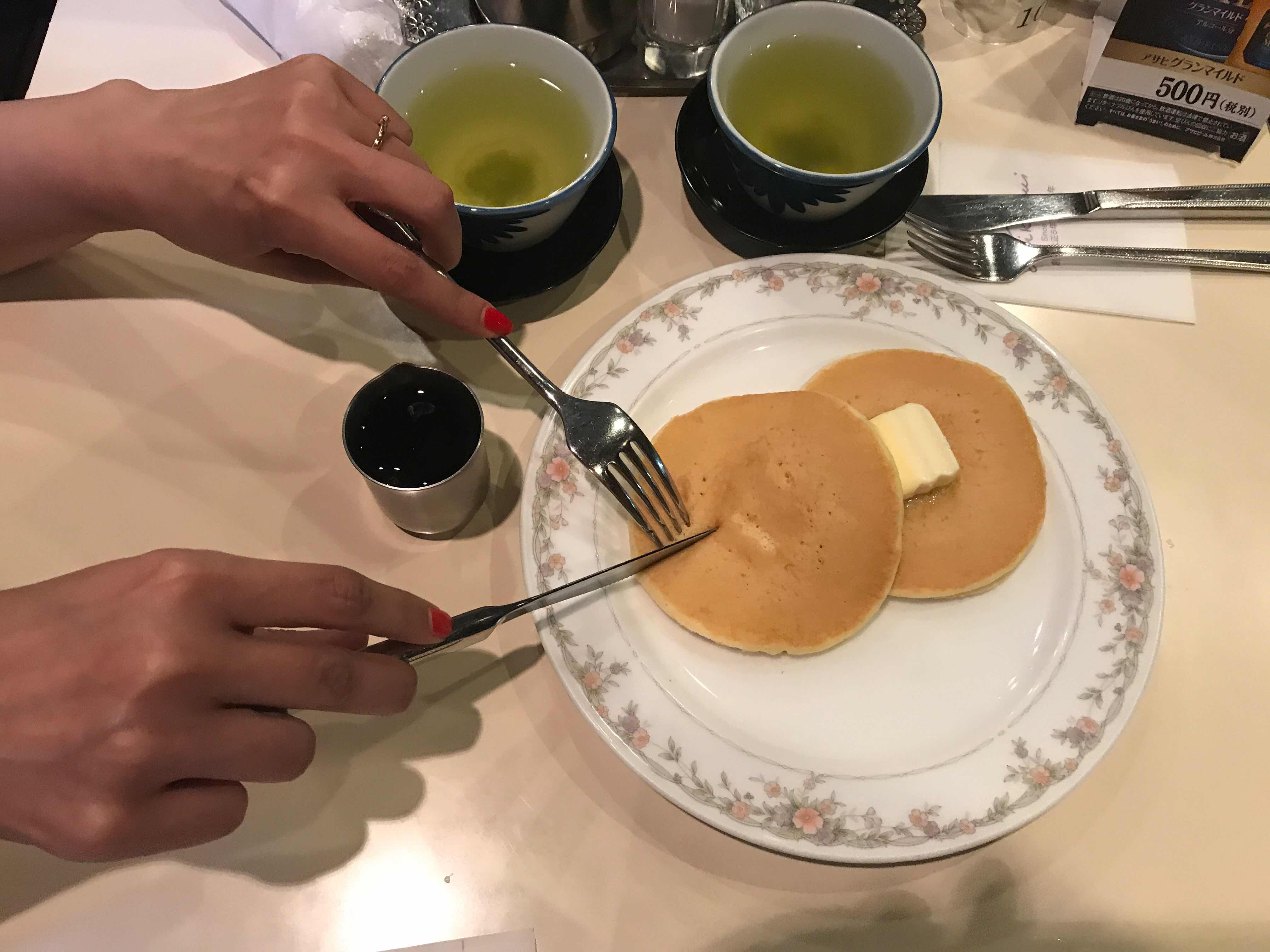 9/918 Picture that I took today outside a Kyoto coffee shop at Gion which gives you an idea of the Japanese classic Western fare: 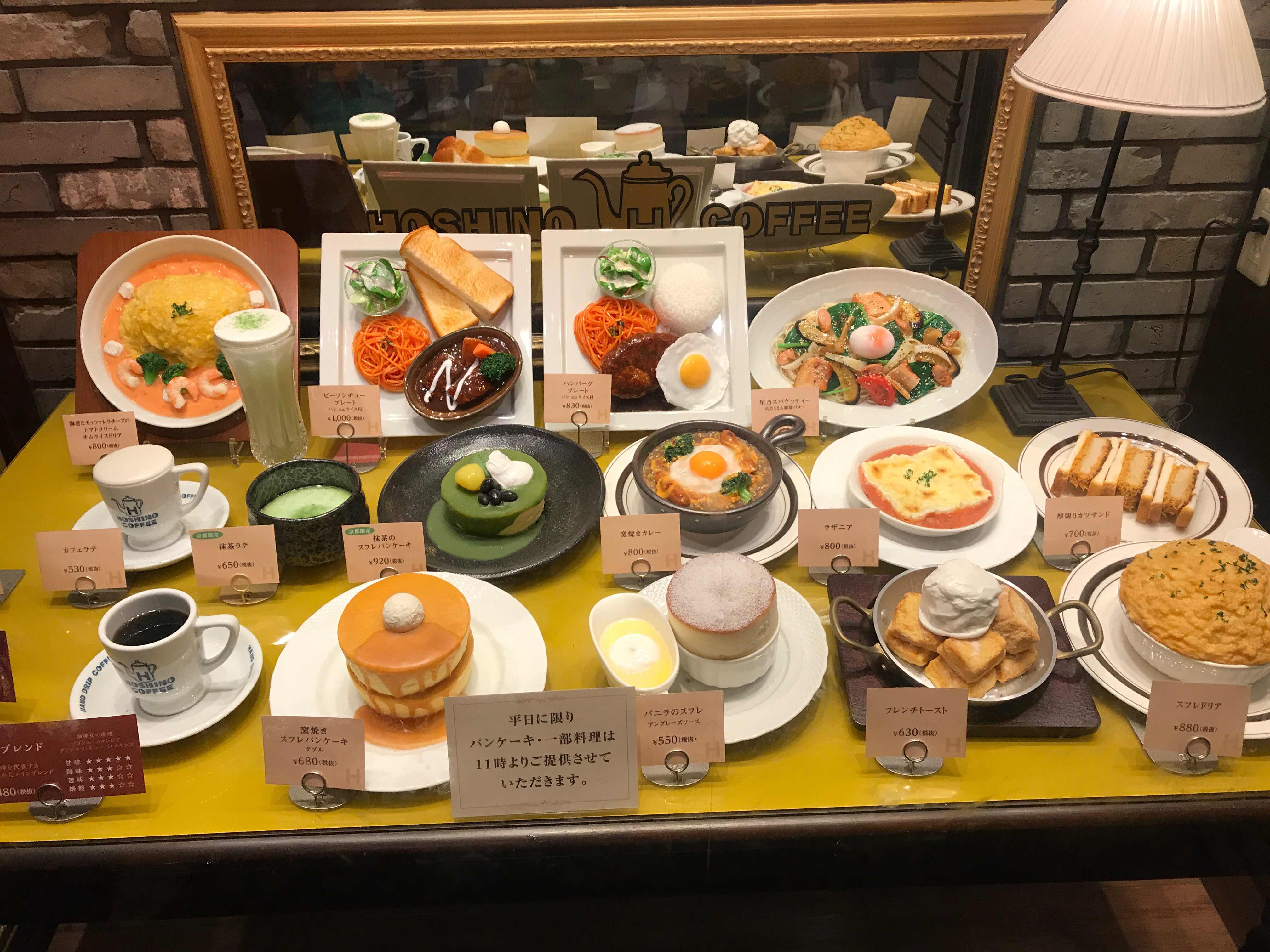 Note: We were at the Mandarin Oriental, Tokyo, as their guests for two nights.