Potol bhaaja on the plate. A book on the side. Jharna ghee. How many Bengali cliches can you spot in one story?

It is raining in Bandra again today. As it is in the whole of Mumbai I suppose.

The pattern is the same as yesterday's. It comes crashing down for a bit. Then stops. The skies remain overcast. Never really dry. The temperature, very pleasant.

I am home. Loving it.

I started reading Elif Shafak's the 'The Bastard of Istanbul' before lunch and it began to rain as I did so. A page into the book and I came across a most evocative and colourful description of Istanbul in the rains. A city that we had visited in 2008. The words of this Turkish author brought alive the city to me while I lazed in the bed in my study and read. The rains outside providing the perfect soundtrack to go with her words.

Crescendo for a few seconds, cheerful pitter patter for a bit more and then a stretch of meditative silence. K had told me that I would love the writing and she was correct, as wives tend to be.

I sat down for lunch a bit later. Our cook, Banu of #BunkinBanu fame, had come to work despite the rains. Surprising us every time she does so (I am mouthing the words 'touchwood' as I type this). She had made chholar dal, the way I have taught her to do so. A dish that my grandmother had first fed me 40 years back in Delhi. That was the first time that I had liked a Bengali, or any Indian dish for that matter, in my life.

I added a drizzle of Jharna ghee to the dal today. As I always do these days. My love affair with Jharna Ghee (a brand from Kolkata) started rather late in life and it is as if I am making up for last time these days.

Banu made rotis with the Khodasan (a province in Iran) originated flour, which was grown organically in Canada and brought for me most kindly by Sneha Kapadia, a reader from Toronto sometime back.

I had spotted some potol (parwal/ pointed gourd) in the fridge earlier in the morning and requested Banu to make potol bhaaja with my lunch.  Slit them into half, smear turmeric, red chilli powder and salt on them and then fry them in mustard oil.

My granny makes this. My mother loves it. As does my younger brother.

I did not like potol through most of my life till today. Not as a kid. Not as a teenager. Not as a gown up either. To me it tasted of stale gossip and a tired and leathery world view.

I really enjoyed today's potol bhaaja though I must admit. That is what growing up is all about you could say. Perhaps it was the fact that I asked Banu to make it, rather than having it thrust on me, that helped.

The latter, as people who know me will tell you, is the worst way to get me to do something!

I placed the book beside my plate for Instagram. Clicked a couple of pictures and then ate.

I kept the book aside while I ate.

I would read books while eating when I was a kid and through my teenage years too. I was a voracious reader, but then which Bengali is not?

I would not want to waste precious reading time on something as mundane as an everyday meal at home.

I am older now. I believe in the principle of mindfulness. Living in the moment. Which is why I devoted my every sense to the plate during lunch.

Not 'every sense' though. The crow that comes to our windowsill, and whom K suggested I call Jon Crown, settled down and proceeded to have a very animated discussion with me. I finally gave it a piece of roti and it quietened down.

Lunch done, I went to the kitchen to put the plates in the sink and told Banu, "next time please do not removed the daana (seeds) inside. We do not do that."

The seeds were the only enjoyable part of the potol for me as a kid. You cannot tamper with some memories and traditions.

I settled down on the wooden bench by the window in our hall. Switched on the lamp and began to read.

Suddenly Banu came in and launched into a story of the dream that she has been having about her youngest grandchild for 3 successive days. About how she plans to go the house of an erstwhile neighbour of ours after lunch and get her (the neighbour) to read the Quran and interpret the dreams to her. I sat like the proverbial deer caught in a the headlights of a car while she chattered on before she went to another room and I could read again.

Like so many of my generation who used to read voluminous tomes while growing up, today the longest piece that I can often read is an oped piece on the phone from the Internet. My days of finishing a novel a day ended with the turn of the century.

I have made a conscious decision to change that now. I am thirsting to read again and to seek inspiration in what I read. And no, not just food and travel pieces. This is the month for reinventing myself.

Seeing my inability to often continue with a book after starting it, K had suggested a series of books recently that she felt that I would enjoy. She was very right with her assessment and recommendations and I quite enjoyed them.

Let me leave you with the names of these before I sign off from this piece,.
I tried the Milkman too but stopped after 1/3rd. 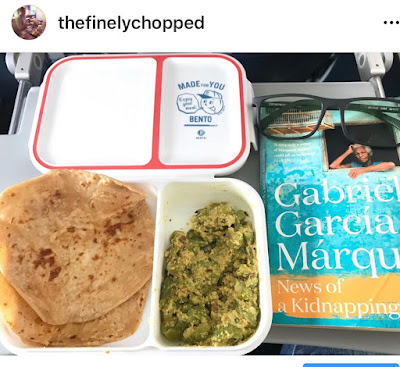 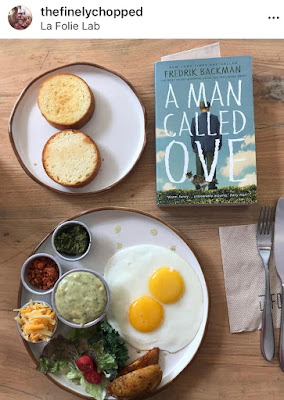 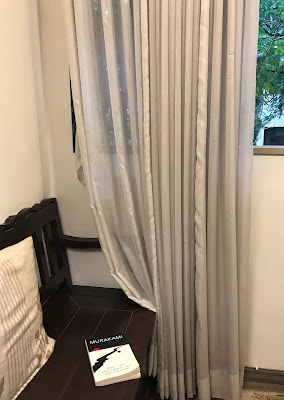 Funnily enough, these are all books written in a foreign language and translated into English. So kudos to the translators.