A book that is your window to making 190 varieties of pakodas. And an invitation for you to make it a round figure.

on September 04, 2019
It has been pouring continuously in Mumbai since last night. It is well past 2 pm now and I have finally firmed up on my lunch plans. Khichuri of course, and to go with it, a precious piece of ilish from the deep fridge, fried in mustard oil. I plan to fry some aubergines too. Khichuri, ilish and begun bhaaja. A meal I am genetically hardwired to eat in the rains as a Bengali.

I spent sometime earlier on in the morning reading Sangeet Khanna's new book, 'Pakodas,' which she had sent me a copy of. What goes better with rains than pakoras after all, eh? Wrong!

The cover of the book firmly says, "the snack for all seasons," and that sums up the book. It is about debunking whatever one knew about pakodas so far and about opening a brave new world to us. 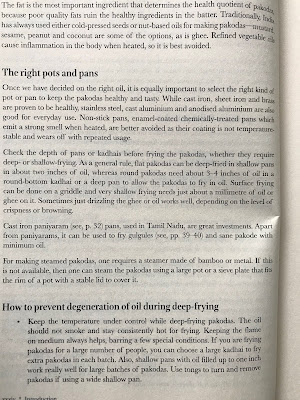 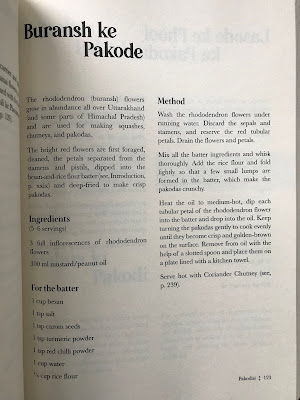 How many times of pakoras do you know of? Onion? Spinach? Chilli? Pumpkin? Potato? Chicken?

Well the book gives the recipes for 190 odd types of pakoras (give or take a few) and they are slotted into vegetarian and non-vegetarian. Within vegetarian, those made with cereals, rice, wheat, dairy, flowers, fruits and greens. In non-vegetarian, seafood, fish, meat and poultry. There are pakoras you can steam, poach and churn and make too...though Sangeeta, who has a masters in Biology and is a microbiologist, debunks the notion in her book that deep fried pakoras are junk food. She meticulously gives her reasoning for it and gives tips on how to make them healthier (use cold pressed over refined oil for example and fresh ingredients and non-refined flours for example).

She tells you about pakoras which can be made from curries or other leftovers , recipes which emphasise the Indian cooking ethos which believes on zero waste. The instructions are fairly simple to follow and are peppered with handy tips.

Are there really close to 200 types of pakoras in the world? 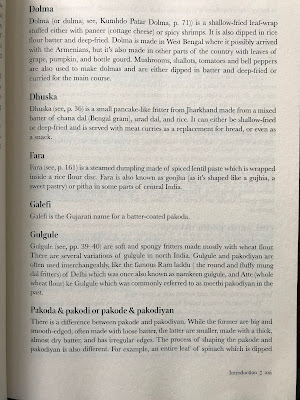 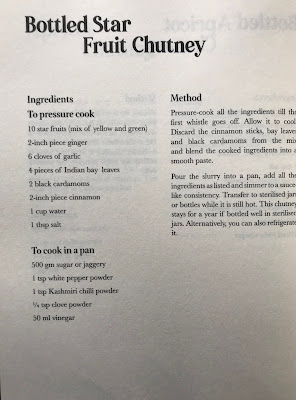 There are probably more, Sangeeta would tell you. She has creatively interpreted the Hindi term of 'pakoda' in her book. Included in her motley crew of pakodas, are bajji and boorelu from Andhra for example, bajka from Bihar, bada from UP, boda and dolma from Bengal, gota, handva muthia and khalwa from Gujarat, kaap and vadi from Maharashtra, dhuska from Jharkhand, gulgule from Delhi, bijoda from MP, paniyaram from Tamil Nadu and more. You can debate as to whether the maach bhaaja of Bengal (though the Amritsari macchi offers no such problems and are quite pakora-like) or the chicken farcha of the Parsis are truly 'pakoras.' However, if you decide not to be too pedantic, then you will realise that  Sangeeta (I've known her for a while and hence the first name usage) has actually scripted a national anthem of Indian snacks through her book. One which Tagore would have approved of I am sure. The recipes for the maachh bhaaja and the farcha are fairly spot on, in case you are wondering.

And what do you have these 190 pakoras with? Tomato ketchup?

Say that, and you have lost any chance that you might have had of Sangeeta inviting you over for pakoras. She has given the recipe for 40 chutneys and accompaniments to have with the pakodas in her book. After all, a life coloured just in shades of red would be rather monochromatic.

Pakodas by Sangeeta Khanna is published by Westland Books