"The idea of a 'par eedu' dish in a Parsi kitchen", said Kainaz, "is to refresh leftovers by adding eggs to them."

It seemed like as good an idea as any in these lockdown days. If you read my previous post, you would know that she had made a Parsi kharo papeta to give to our friends yesterday. A little bit was left from that and I decided to make papeta per eedu today with it. Eggs on potatoes.

From what I gather, papeto and eedu are singular in Parsi Gujarati. Papeta and eeda are plural.


K has never made this dish herself but she said that mamma (her maternal grandmom) used to make it. K gave me some directions and I tried it and it made for a great breakfast. I cut a piece for her and K approved of my handiwork. The potatoes were made by her in any case so I cannot claim much credit. Neither she nor my sis in law used to have breakfast before stepping out to work till now. Yesterday my brother and I compared notes on how post lockdown, both bahus are now having a bite to eat in the morning. 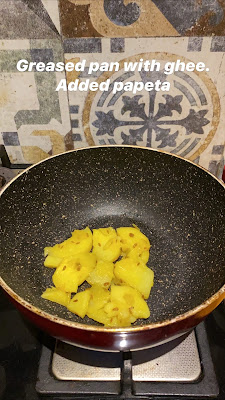 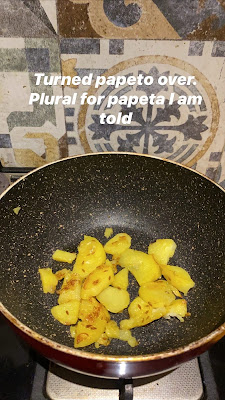 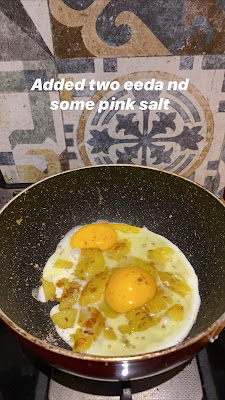 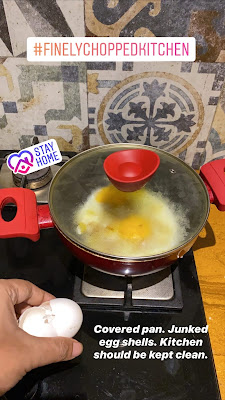 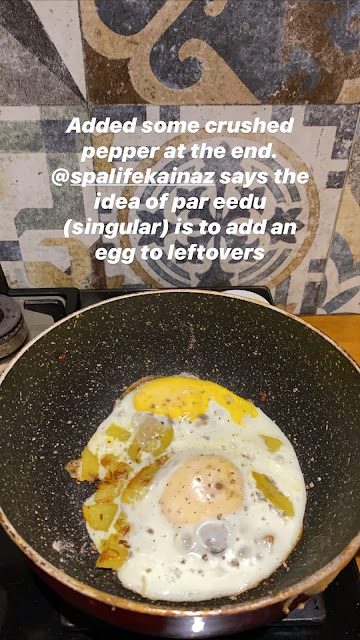 Writing from home with Baby Loaf

Baby Loaf woke up when I entered the study (which is his room too) to write this post before we sat for lunch. He does this everyday. It is Sunday and Easter I know but do holidays really matter, when it comes to writing from home and you have something to share?

Yesterday, was an important rites of passage day for Baby Loaf. A pigeon came in through the pigeon net of my study window somehow. I called our watchman who tried to get it out when Baby Loaf swooped in like the lion from the Born Free films we saw as a kid. He caught his prey and looked at me with it in his mouth. I will refrain from giving more details though as the watchman, Ajay, and I later discussed, Baby Loaf did display great technique!

"No," I said sternly as I lifted Baby Loaf from the window and got him down while the watchman took the 'shikar' of our Shikari Shambhoo away. Baby Loaf looked flummoxed while I cleaned his paws. Folks told me later that offering prey is a cat's way of saying thanks to their hoomans. And there I was scolding him!

He has become restless for the past few days. Wants to go out all the time. K tries to distract him by playing with him. At times I hold him to my chest and talk to him in a soothing voice. Then he meows again and it breaks our hearts. We do let him out a bit to the landing, but with the lockdown and all, we don't feel that it is safe.

At times I wonder if he gets us? Or how much we love him? We would hate it if he felt sad. 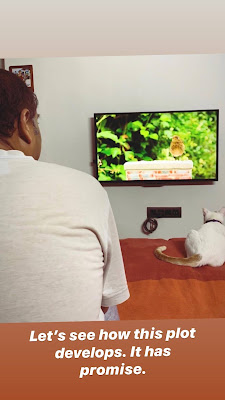 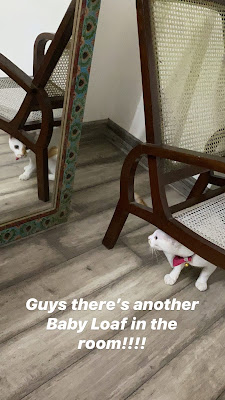 What I do know is that nothing gives me more solace than his presence, and I often lie down beside him when he naps, to cocoon myself in an island of peace. At times K follows my lead.

Be happy our little Loaf. Mummy daddy love you.