When a side dish matches steps with the star of the moment. Shaswati Saradar's Jaipuri pyaz kachori with Kolkata kochurir alu.

There is a very typical alur torkari (semi-dry potato curry) that you get with kochuris in street corner tea stall and sweets shops of Kolkata. I had that for breakfast at our house in Bandra in Mumbai today.

How? Our friend and my fellow Presidency college alumni who lives down the lane, Shaswati Saradar, made and sent it yesterday. The alur torkari was 'authentic' right up to the unpeeled potato cubes used. The skin of the potato adds so much to the texture and the taste of the dish. The end result was 'makha makha' as it is meant to be, wet but not runny. The potatoes soft but not squishy. With a distinctive spice hit. Shaswati says that she used a fair bit of turmeric powder; and in smaller measures, red chilli powder, rock salt, aamchur (dried mango powder). It had ginger paste and panchphoron too. "The way it is in roadside shops." She hazards that mustard oil and the potato skin gives the distinctive taste. I feel that the panch phoron plays a role too. There was shukno lonka (dried red chillies) in the base, but the end result was not hot, comforting as the most heartfelt of lullabies instead.

Shaswati sent this as a surprise accompaniment with the Rajasthani pyaz kachoris that she had sent yesterday. We had the combination for tea last evening and it was heavenly.

There was some alur torkari left and I got the idea of heating in ghee the 'kaccha pakka (half cooked)' parathas, that Banu had once made and which we had refrigerated, and having it with the alu for breakfast. I executed the plan this morning and it was a winner. I poured out an espresso shot on the side. If I was more 'khaati/ sholo aana' (authentic) a Bengali, I would have had a cuppa Darj (Darjeeling tea) on the side as Shaswati would have. In the kochuri alur stalls, it would be paired with a bhaarer chaa. Milk tea served in an earthen cup.

This was Shaswati's second attempt at making pyaz kachori. The first was two nights back where she YouTubed a video by Yaman Agarwal (which she found very useful) and spent about 3 hours making the kachoris before giving us some.

With typical Bengali passive aggression, she proceeded to tell us about everything that went wrong in her cooking process, till I had to sternly and firmly tell her to stop as the kachoris were perfect! Well, that's the thing.  For us Bengalis, praise has to come from the audience and the creator will really under-sell himself/ herself to ensure that happens. It's a cultural thing!

Shaswati's kachoris were similar to the excellent and rather home-like ones I had at the ITC Rajputana at Jaipur a few months back where the skin/ shell of the kachori was thinner and crisper than the ones at the famous Rawat's Mishtanna Bhandar (which I love too); and way thinner than the casing in the popular road side ones which I had recently and which did not excite me

Satisfied with our reactions that night, Shaswati said that she will replenish her stock of maida (flour) and cooking oil (the kachoris can empty OPEC of their reserves) and make us fresh ones soon.


'Soon' happened two days later and that is what came to us yesterday, personally delivered at the gate by S. The kachoris were just as good as those in the first batch. The nubile kachori casing was in perfect harmony with the robustly spiced mashed potato and onion sliver stuffing.

Yes, before you say it, I know how lucky I am. Karma is in my name after all.


Lunch today was an 'it's all about loving your leftovers' affair too the way breakfast was. I had called in for surmai curry on Wednesday. This was from our friend and home chef, Pallavi Amberkar of Flavours of Malvan, whom you might remember from the lovely prawn masala and pomfret fry that she had made and which I had written about earlier.


The fish was very fresh. the curry full flavoured and spoke of the love and care that went it as well as well as the excellent quality of the spices, chillies and coconut that Pallavi and her mom had used to make it. 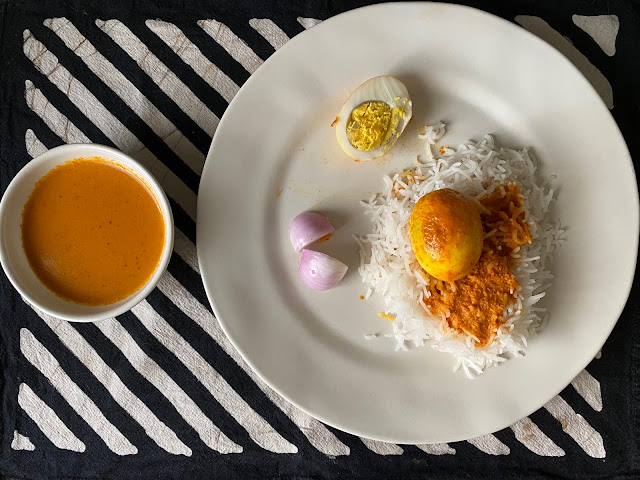 There was a fair bit of curry left after two meals and we froze that. Today K thawed that and added  in a few eggs, which she first sauteed in turmeric and chilli powder and salt, to make an egg curry with the leftover gravy. The idea was mine. Inspired by what my mom in law would have done. The original gravy was a bit too hot for us and K followed the suggestion given by a reader of mine and added coconut milk to temper it and it made a for a delicious lunch today.


One that we followed up by sharing an espresso and some of the excellent chocolate cake that we had ordered from our friend Anurita Ghoshal. She truly is a genius. 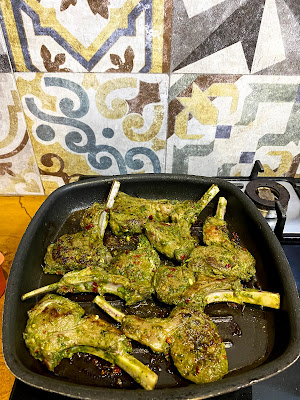 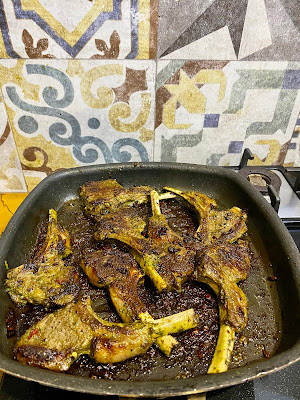 And for dinner? There were these chimuchuri marinated New Zealand lamb chops which is part of the Trident BKC lockdown lockdown home delivery menu and which they had given me to sample sometime back.

I took them out of the freezer tonight, thawed them and then grilled them in butter. I confess that I was aiming for well done and not medium rare, as we are extra cautious these days. I am happy to report that I was successful in my endeavour. The meat cut like a dream and in pakka Mumbaiyya style, I toasted pav on the pan to make for a meal which was worthy of the memories of a dinner from 20 years back when we did not share a common kitchen or roof.


No, it is not our wedding anniversary. 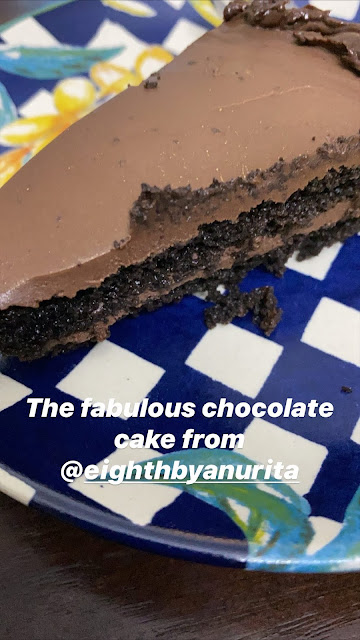 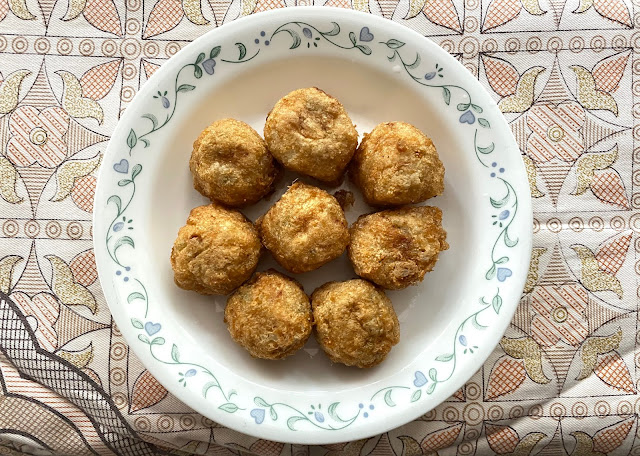 While speaking of home chefs whom I had mentioned in a recent article of mine, I must tell you about the excellent Parsi Russian chicken kevabs that we ordered from the Hungry Cat Kitchen the other day. You might remember them from the Parsi chicken cutlace, mutton shepherd's pie and kaffir lime pork I had ordered earlier. The kevabs were so good and so 'Parsi,' that I told the very Bengali Shubhasree Basu, who runs HCK along with Manju Malwade (the 'kebab frying queen' according to Shubhasree), that I will rename her as Sharmeen Calcuttawala basis this!

Shaswati said…
Am thrilled! Actually don't have the words to express. You have made my humble cooking famous. Thanks so much. Since I never taste the food while cooking, never confident till it has been tasted. Thanks so so much. Hope to cook more and spread more joy. Really touched
11 July 2020 at 21:59

Kalyan Karmakar said…
@shaswati we are the lucky ones and half the fun of the experience is to listen to all your terms and conditions and fine print before indulging in the spectacular food
13 July 2020 at 14:06