You have heard of Spaghetti Bolognese. Now get some mutton (goat) mince and meet the Spaghetti Bandranese!


There was some of the kheema (minced mutton/ goat meat) that we had ordered from Mohsin of Worli's Janta Mutton Shop a week back in the fridge. I decided to make it for dinner day before night. I had nebulous plans of making a spaghetti, an aglio olio perhaps,  with it. I had made kheemar jhol (curry) with the earlier lot.

Come the time for making diner, and I suddenly felt slothful and tired. I was not feeling that excited to cook, I confess. I do not know why. I had taken it easy that day. I had hardly done any work. I guess it is a lockdown thing. Sometimes it just gets to you.

'Let us order in', suggested K.

I had thawed the kheema by then though and it made sense to cook it. Perhaps I would make a kheema fry, I thought. Easier than a pasta. Put everything in the pan and let it cook.

I laid down in the bed and rested for ten minutes. Then got up like Rocky in the final round of a fight, went to the kitchen and came out a while later with a pan of pasta which I proudly brandished like the world heavyweight championship belt. It was a stunner. If I may say so.

As K said, 'you have fallen in love with your cooking again!'


I had made the spaghetti with tomato puree and the mutton mince. 'Like a Bolognese,' said K.

'Let's call it Spaghetti Bandranse (after the suburb where we stay),' I replied.


I had not referred to any recipe after all and could not vouch for the 'authenticity' of the dish. The only desi element used was goat meat and that is where the flavour came from.

This has to be a red meat dish. I don't think chicken will cut ice!

Talking of authenticity, I was intrigued to hear that some of the city's most talked about chefs such as Thomas Zacharias, Hussain and Gresham Fenrandes had collaborated to introduce pizzas with Indian flavours at Cin Cin, the Italian restaurant at BKC. I smiled when I saw Kunal Vijayakar post about this. It brought back memories from two decades back when the Dominoes and Smokin Joes of the world had introduced butter chicken and chilli paneer pizzas. They were big hits at our office, though I would stick to pepperoni. Then the 'fusion' game went a bit of out of control and a whole bunch of us became 'authenticity' hardliners in response.

As we 'grew up', we realised that cuisines evolve and adopt with time and as they travel, and that someone with a good sense of food, and these chefs sure have that, can create exciting new dishes.

Well, coming back to our Spaghetti Bandranese, here's the recipe (for 2): 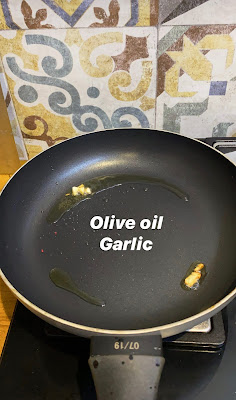 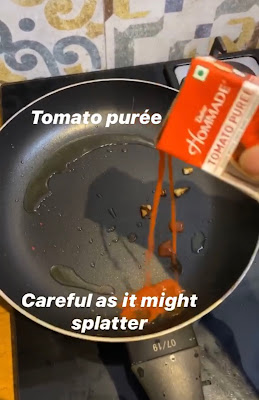 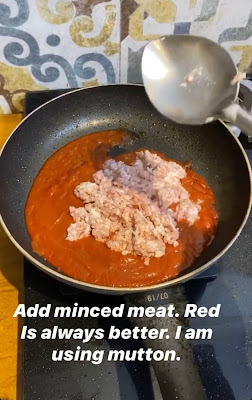 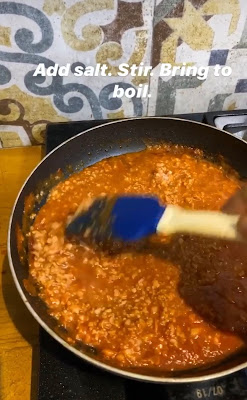 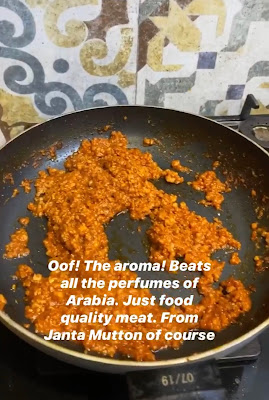 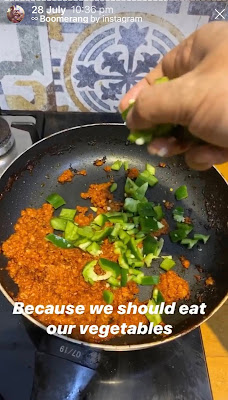 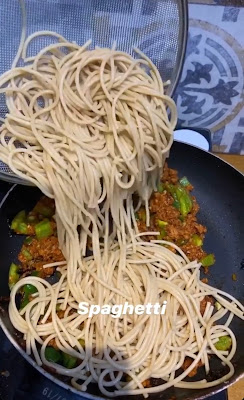 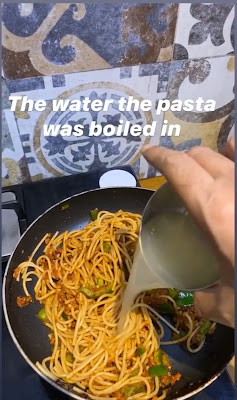 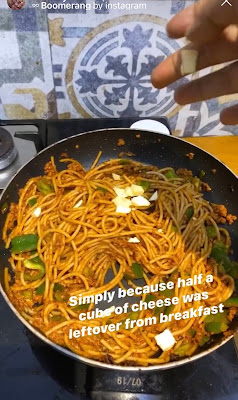 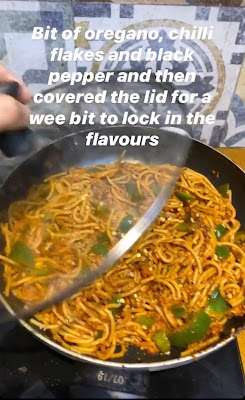 PS: If you live in Bandra Mumbai, then you can connect with Mohsin for your mutton orders as he comes over on Sunday from Worli. His no is 9820420136 and his stuff is brilliant.

Here's my recipe for kheemar jhol. A new entrant to the Finely Chopped Kitchen and a lockdown favourite of ours: