Dancing in the rains of Mumbai with a Kolkata deem todka, porotha and an espresso breakfast

My plans for today's breakfast were made when our cook Banu made torka for lunch under the guidance of Kainaz yesterday.

K had started making the dish thinking that Banu was bunking. Then Banu turned up and K requested her to finish it. The result was rather bland though Banu had aced the bajre roti and alu capsicum I had requested her to make.

What Banu did not account for was K pointing out what all could have been done to improve it. She then got Banu to do a fresh tadka (oil tempering) with finely chopped ginger, the torka masala from Kolkata and kasoori methi. 'Add a bit of ghee,' was my humble suggestion and together we managed to bring some flavour and taste into Banu's original effort.

I said 'did not account for,' as Banu did not know that K had made this dish quite a few times in her absence during the lockdown and was quite a pro now. She is no stranger to the kitchen anymore!


The remixed torka turned out to be pretty well and I decided to have the leftovers for breakfast. Making a deem torka with it to have frozen maida lachha parathas (from a company called Goeld who had sent me samples).

Deem torka is where you scramble an egg and then add the green moong tarka dal to it. The idea was to recreate the experience of eating at the street corner roti shops of Kolkata or at a dhaba down the highways of eastern India. Not just Bengal, but Assam, Odisha and Bihar too, where I am told that the todka dal is popular (I have had it in Assam on the road from Guwahati to Manas).

Hence my choice of maida parathas instead of the aata ones which Banu makes, which are healthier of course, and hence my choice of a bit of ghee for making the scrambled eggs. This was going to be a no holds barred breakfast.

Little Nimki joined me in the kitchen as I cooked and I went out and fed him in the hall. I also set aside some of the scrambled egg and made a toast for K as that is what she preferred to have. The parathas became a bit kadak (too crisp) with so many things to manage, as did K's toast. 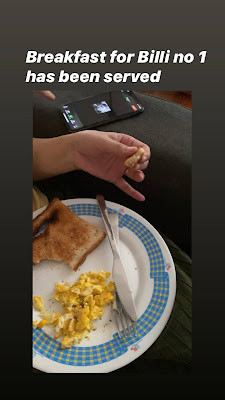 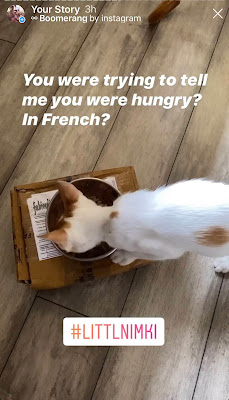 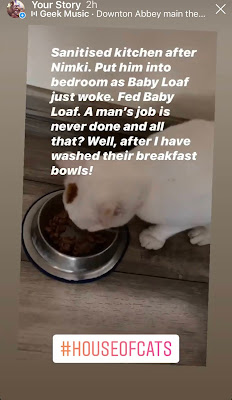 What I had not accounted for last night were the heavy rains that joined me for breakfast which made the combination of deem todka and porotha just perfect. With an espresso on the side instead of the mandatory doodh cha. 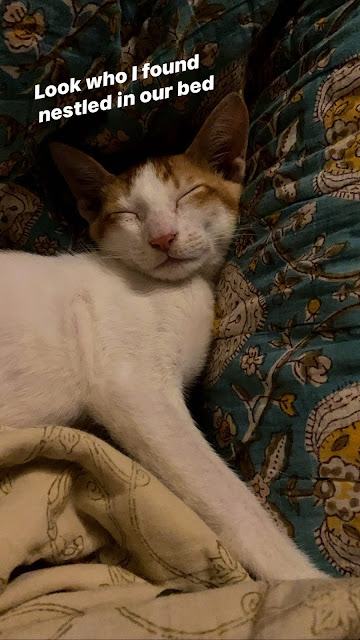 Once done, I saw Baby Loaf wake up and I put Nimki in the bedroom and fed Loaf. Did I tell you that I woke up to Nimki sleeping in a tiny gap between K and me?

That's the latest from what I call the #HouseOfCats!

Ashlesha said…
Your writing gives out such easy going vibes :) one feels calm just reading it. I cannot explain it very well but i love it!
24 August 2020 at 11:00

Kalyan Karmakar said…
@Ashlesha thanks for writing in and I am so happy to read what you wrote. This is exactly what I have tried to do through my writing post the lockdown and I am glad it connected
24 August 2020 at 12:56