The day the Darjeeling Mail ran on bacon fat! 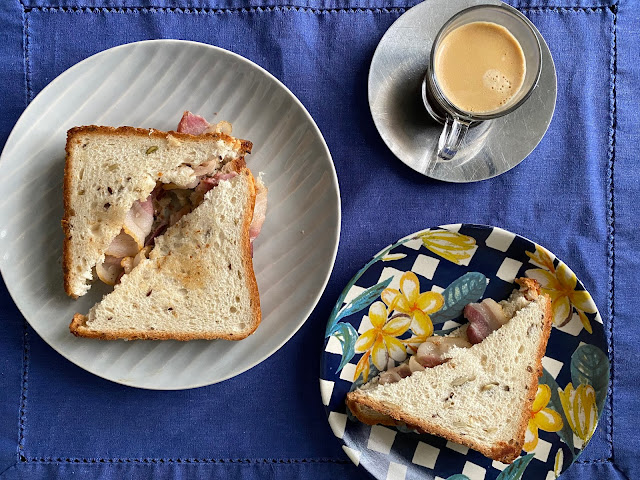 Breakfast is often when I let my imagination run loose and let it meander across the travel memories in my head. Today we stopped at Darjeeling and Keventer's and snacked on bacon sandwiches and cold coffee on the terrace of this quaint eatery. Metaphorically of course. We are still locked down in Mumbai. Breakfast was in our apartment in Bandra.

I had an espresso and not a cold coffee this morning, so it was not a direct replica of the Keventer's experience. The bread used for the bacon sandwich that I had was the multigrain wholewheat one from the Baker's Dozen that we had called in for this morning. I am sure that they use soft white refined flour bread at Keventer's. My first visit to Keventer was in 1985 or so and the next and only other one, in the early 2000s when K and I went to Darjeeling on the back of a trip to Kolkata. My memories of the place are a tad hazy and the information not very current.

In case you are wondering, Keventer's in Darjeeling has nothing to do with the Delhi based milkshake brand of the same name 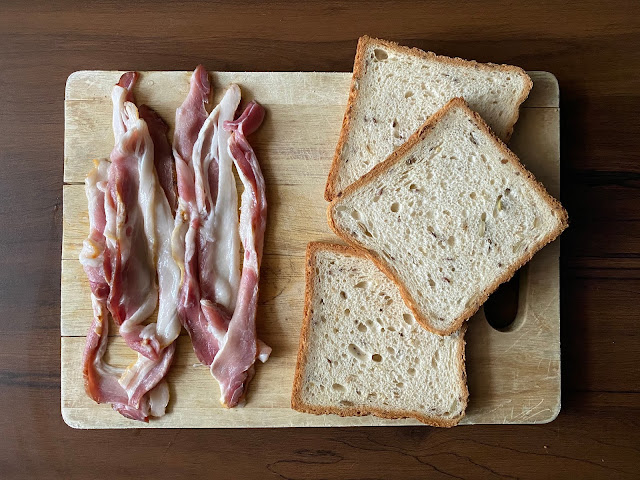 The bacon that featured in our breakfast today was spectacular. Gifted to us by our friend Manisha who had ordered it from Joshua and Larrisa's Incendiary Kitchen in Bandra. From where we had had excellent slow cooked pork ribs and smoked ham last weekend. Once again sent by Manisha. That was a birthday gift for Kainaz, and the bacon this time for me, said Manisha.

Larissa told me that they source the pork from a shop at Mount Mary's Bandra, who in turn source if from a farm in Deonar. They call for a hunk of pork from the back to the belly, cure it and then smoke it for 8 hours in house at the Incendiary Kitchen to make the bacon. The other offers in this 'artisinal smoked meats' place include the breakfast ham and slow cooked ribs that I spoke of, Goan choriz and pulled pork. 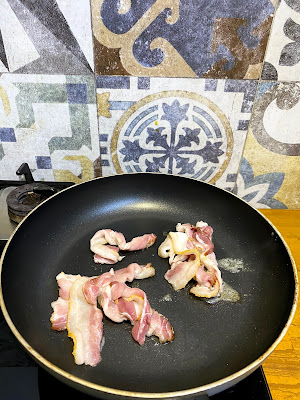 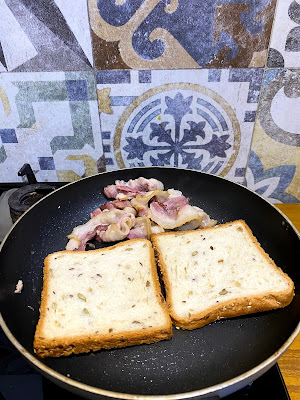 K and I do not like bacon which is fried too crisp and I kept that in mind while frying it today.  I put a dab of butter on the pan and switched on the gas hob. Added strips of bacon once the butter melted and tossed it gently for a few seconds on a slow flame, pushed the bacon to a corner of the pan and put slices of bread in the pan to toast in the butter and tallow.

The bacon was done just right at the end and the meat was soft, the fat sensuous. My heart and lipid levels leapt with joy and K & I both truly enjoyed the breakfast. 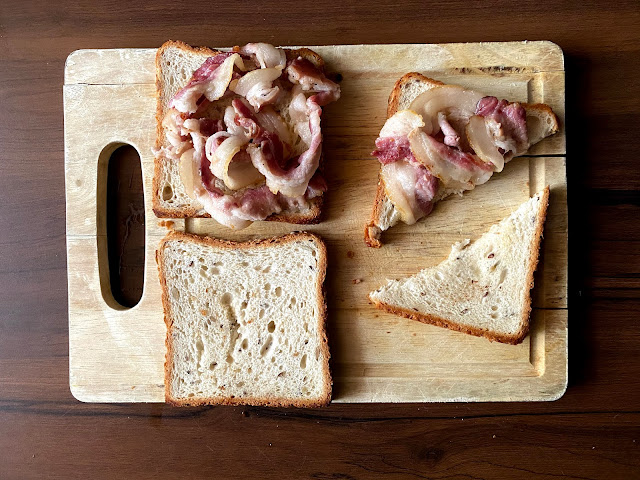 Did I make the morning seem too serene to you? Well, it was not!

I had woken up with a severe back pain and then sat and chanted while Baby Loaf and little Nimki played around me.  I had planned the sandwich last evening itself when I unpacked the bacon that had just got delivered so I knew what I was going to have for breakfast and that made me happy.

I was in for a rude shock though when I went to the kitchen to make breakfast. The bacon that I had set aside for this was kept in the deep fridge and I had not thawed it. K offered to make something else but I had my eyes set on my slice of Keventer's nostalgia and declined her offer.

Thankfully bacon thaws fast and I was back on track and got breakfast ready after ejecting little Nimki from the kitchen.  K and I managed to have breakfast together  as she could join me for it in between her work calls. My physio came soon after and the back is better now. Baby Loaf ran out when we opened the door for her, but he soon 'sauntered in' to use K's words and I later gave him some cat treats. Both the boys are sleeping now. 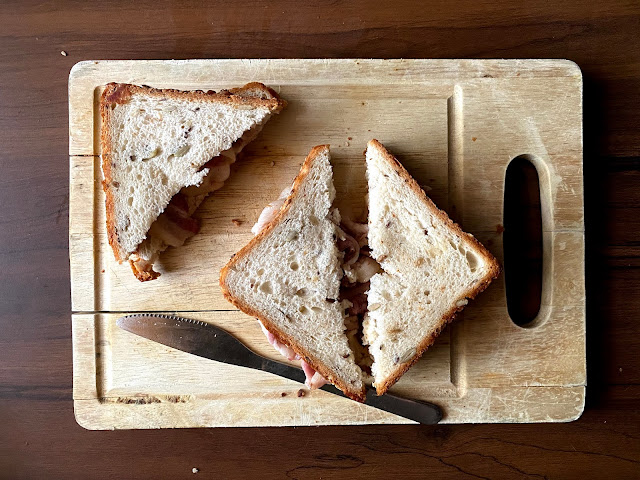 I often see folks lament on social media about the fact that they cannot travel or holiday because of the pandemic. I understand where they are coming from.

Can I confess that I thankfully do not feel that way myself? Even though I am a food & travel writer and do love to travel!

This could be because I feel content about where I am at the moment. There is a sense of acceptance in my life which keeps me calm. Acceptance and appreciation.

There might come a time when I begin to feel claustrophobic about having to stay put. When I might want to run. To break free out of these spatial confines.

We will see what to do when that happens. I am not going to lose sleep about that now! One day I will travel again. Create fresh memories. Tell you about them.

Baby Loaf scampered past me while I wrote the lines above. As if to remind me about how content and lucky I feel to be where I am today. Metaphorically and literally.

Have a great Monday folks and happy Onam to all celebrating.

PS: Latest from the #HouseOfCats