The taming of the ilish. Doi posto shorshe ilish recipe. Hilsa with crushed poppy and mustard seeds and curd.


Of course I had to order ilish when I took Kainaz to a Bengali restaurant for her first taste of Bengali food when we were dating. I was living in a PG then and had no kitchen to cook for her in. Or place to invite her to. Oh! Calcutta was called Only Fish then and at my ad agency senior account executive salary (almost the bottom of the totem pole), the meal wiped off my month's savings.

I had ordered a shorshe ilish among other things. K confounded the restaurant staff that day by having the ilish with luchi as she does not eat rice. They looked at me with an expression that said, "dada kichhu korun." Do something. Ilish has to be had with rice.

She threw up at night as I learnt later. Nothing to do with the restaurant. A non-Bengali belly is not used to the pungency of the mustard paste based curries which can otherwise launch a thousand ships from Babughat (in Kolkata) and that is what led to the misadventure.

She loved the meal though and the restaurant too and 20 years later called in for lunch on her Parsi birthday earlier this month from Oh! Calcutta. She loves ilish now. Handles the bones more deftly than I can. She enjoys her shorshe jhols too, but only at home where either my mom or I make a tempered down version for her. Diluting it with water. Adding posto (crushed poppy seeds) and so on.

As I did yesterday, when I took out a couple of pieces of the ilish that I had bought from Poonam at Khar Station Market (delivered at home) for K's birthday. I made a doi posto shorshe ilish with it. I might have shared my recipe with you in the past as I make it often.

Well, why not once again? So here goes: 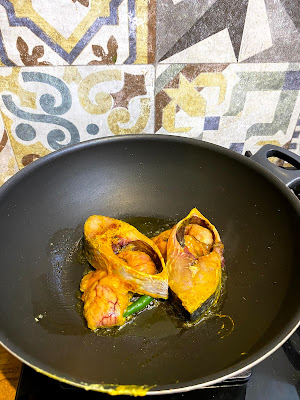 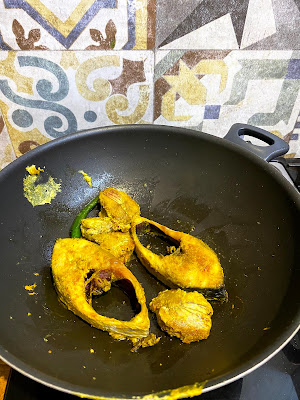 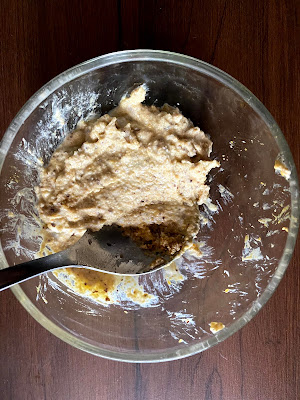 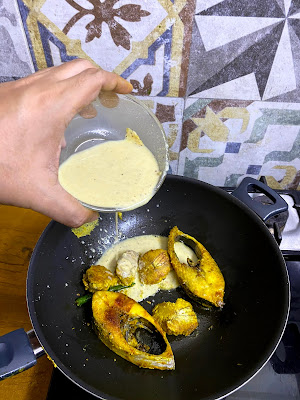 I made sure before cooking that K would not have a work call at that time. Working from home is fine, but ilish calls for mindful eating. You need to savour each bite and record it for posterity. Doing a happy dance in between. Keeping your guard against the thorns (fish bones) in your path.

I had my ilish with rice. K, without. We clicked the pics below mid meal. The smiles on our faces tell you the rest of the story. 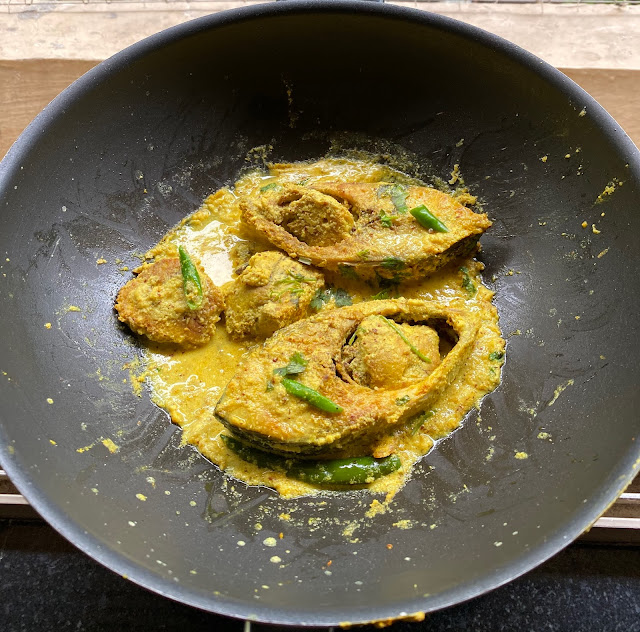 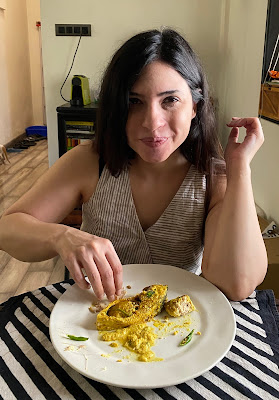 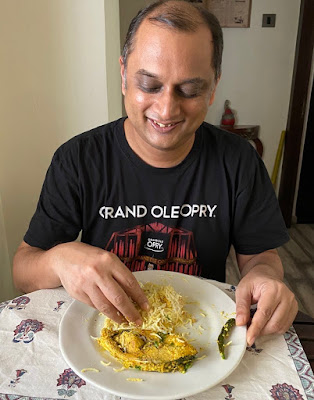 Here are the recipes for the other fish dishes that I cooked for K on her birthday last weekend.

Sanjay N Lulla said…
Most tempting write up. I think Bengali Ilish is same as the Sindhi Pala fish. I think only we can eat it effortlessly, given the thorns in it. The more the thorns the tastier the fish. My granny had to have the fish available at any given time. She salted it then fried it. For eating it was seasoned with coriander seeds powder, red chilli powder, salt, little turmeric and amchur powder and slightly heated in a flat bottom vessel with a little hand sprinkle of water. This write up stirred in old memories.
29 August 2020 at 15:56

Kalyan Karmakar said…
@Sanjay yes, the very same palla. I got to know about its Sindhi connection through my talks with Alka Keswani and Vicky Ratnani and had written about it. Thanks for the recipe. By salted, do you mean dried it?
31 August 2020 at 12:17

Sanjay N Lulla said…
@KK no not dried but apply salt and leave for sometime. Maybe turmeric too. Alka is a good friend. Was member of her Rasoi group on Facebook.
31 August 2020 at 14:11

Shaswati said…
I can't get over sorshe ilish and luchi :D :D
And now I know what to make with ilish next time for you guys :p
Am intrigued with the Sindhi preparation mentioned in the comment section - would love to explore that recipe.
2 September 2020 at 14:42