My first thought when I wake up in the morning these days is to check on whether there has been a stand-off between the boys. I am talking of Baby Loaf, the cat we adopted this February and little Nimki, the kitten we have been fostering from a couple of weeks back. 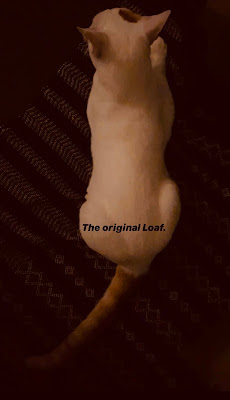 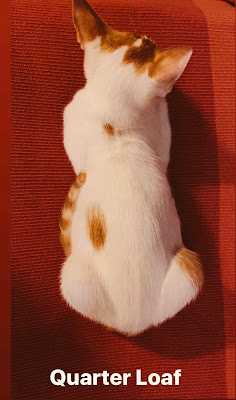 If there is a skirmish going on, then I get into what I call my 'Boutros Boutros Ghali mode' (the UN Secretary General when we were in school) and separate the two.

I then feed them breakfast. Away from each other's company, so that they can eat undisturbed. Round 1 is dry food and then I go back to sleep. I repeat the routine when I wake up again. This time with wet food. 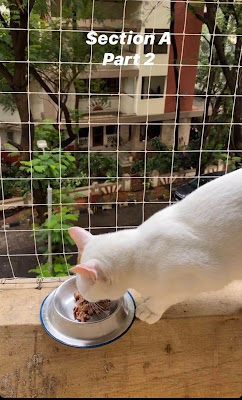 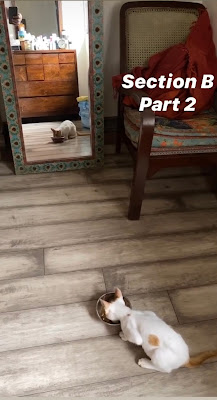 The two go off to sleep while I shave, shower and get ready for the day. The first point of business is deciding what to make breakfast. I head to the kitchen and look around for inspiration.

Today I made a sort of Thai omelette based on memories of what we had had at the night market in Bangkok. No prawns or oysters this time. Just spring onions and cashews.

This is what I did and it is of course not an 'authentic' recipe. Turned out nice though. 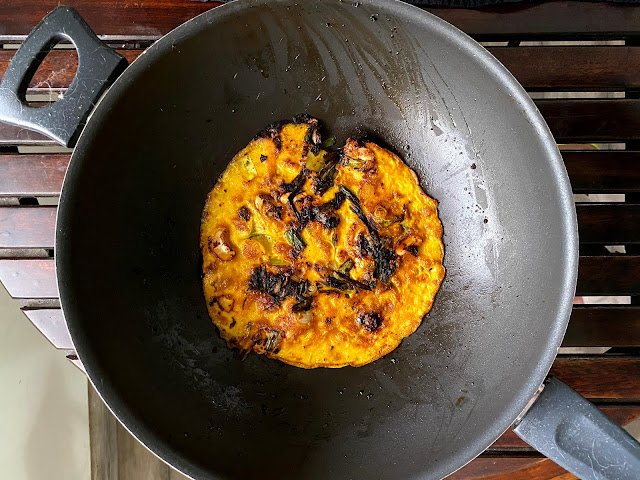 Then I sat to chant. One day I will have the discipline to start my day by doing so. One day.


PS: I had a physio session after I made breakfast. Baby Loaf kept an eye on my progress and little Nimki decided to crank up the intensity. My phyio, Dr Jyoti Jagtap is quite the cat whisperer herself and fosters 3 and looks after many more and our physio sessions are spent trading cat stories. 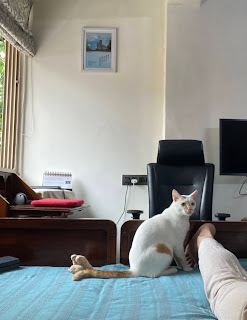 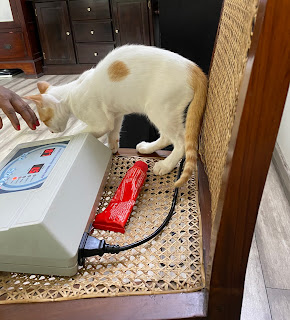 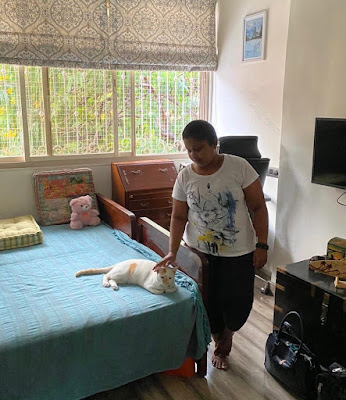