A super quick paneer sandwich recipe for the hungry collegian.

I kept a wee bit of paneer aside for today's breakfast from what we had bought yesterday. The idea was to reprise one of the first dishes that I have ever made. A mixed paneer dish from the time I was in college in Calcutta as it was called then. I have no idea where I learnt the recipe from, but it was quite the crowd favourite at home.

Thought I will share the recipe with you as it is very simple to make. There is no reason why you should not attempt if this if you are a student and have access to a kitchen. My mother did not let me cook till I was of an age where she felt that I could be trusted with fire.

I like to use this as a sandwich filling and that was our breakfast today. Thirty odd years after I first made this. 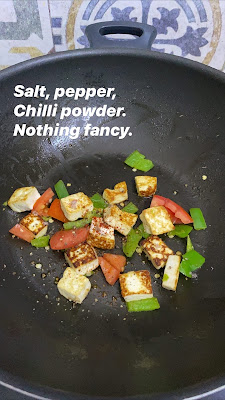 PS: Looked up an old picture of my making the dish. Possible the first picture of me cooking. Turns out that I would use potatoes and not paneer then. Makes sense in a way. Just goes to show how memories get hazy with time! Paneer cooks faster than potatoes of course but if cooking with potatoes, parboil them first and then let the cook over a longish period so that they become soft and the sweetish flavours of the tuber come to play. 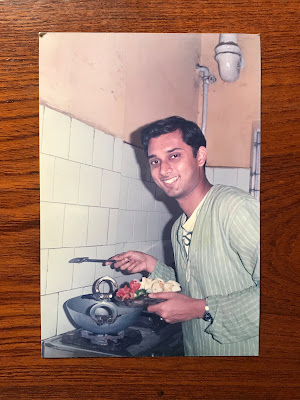 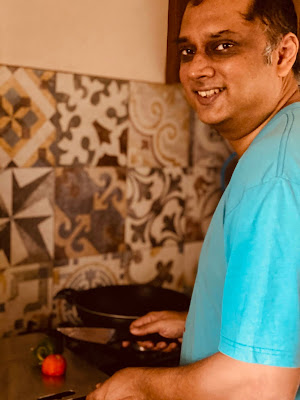