Love your leftovers and make a fresh start in the morning

Last night I decided to log out of my social media apps on the phone. It might or might not have been a function of our having watching the Netflix documentary Social Dilemma (I slept through the last twenty minutes. They had made their point in the first five minutes after all!). The plan was to log in again when I made breakfast today. 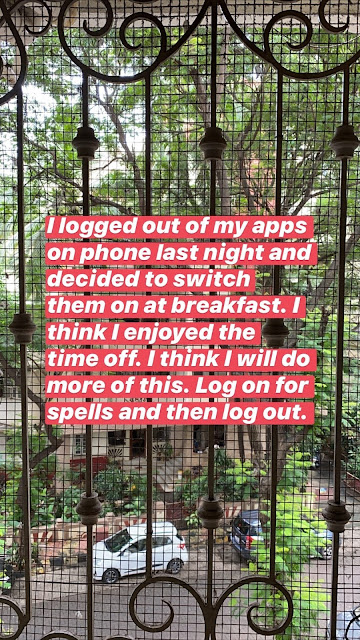 I woke up today. Got ready for the day. Went down to pick the sourdough that K had called in from La Folie. Came back and fed the cats. This was around 9.30. K had fed them once at 4.30 am. I had a couple of bananas. Sat to chant as it was not that late. Breakfast could wait. I enjoyed the head space that I got from not checking my feeds. Or posting. Or answering DMs. 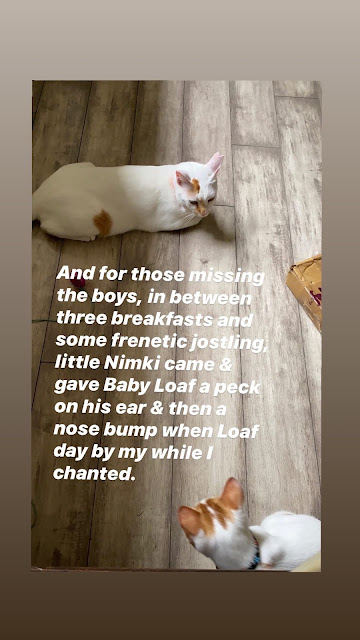 The boys played by me while I chanted. Jostling, chasing each other and then at one point, while Baby Loaf rested, little Nimki came and nibbled on Baby Loaf's ears and then gave him a nose bump. He often gives me nose bumps. Guess my nose is an easy target to spot. 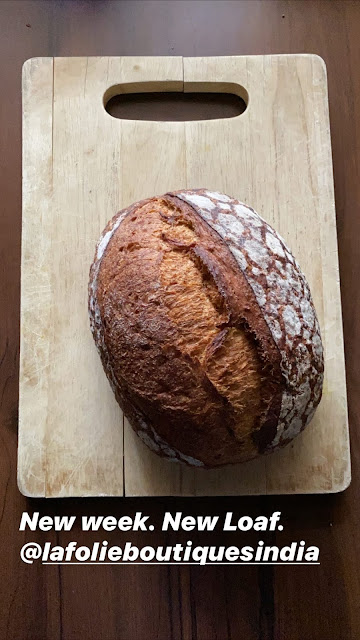 I then went to the kitchen to work on the plan that I had discussed with K last night. I took out the chicken schnitzel that we had kept aside from the lovely German food that home chef Ananya Banerjee had sent across on Saturday night.

Popped it in the air fryer to reheat it as she had suggested we do. Sliced a few slices of the sourdough and popped those in the oven.

Took both out and put them on the chopping board. Experience has taught me that this sourdough makes for better open sandwiches than closed ones and that is what I decided to do. Inspired by a tiny place called Sisters in Prague, which specialised in open sandwiches, that we came across in the Eating Prague walk.

Then I looked at the schnitzel and my mind travelled to Tokyo. Images of the katsu sandwiches that we saw in the stores there, floated in front of me.

I sliced the schnitzel and place the juicy strips of chicken on the loaf and then added a smear of Bengali kasundi (spicy and tangy Bengali mustard sauce). The Sing Cheung brand one that I bought from Vijay Stores in Bandra. The 1954 established Tangra based company is owned by a Kolkata family of Chinese origins I suppose.

Turned out to be the mother of #loveyourleftovers #finelychoppedbreakfasts to start the week. Will post this on my social media and then log off for a bit again. Ta.

Link to my #foodocracyforher chat with Ananya Banerjee