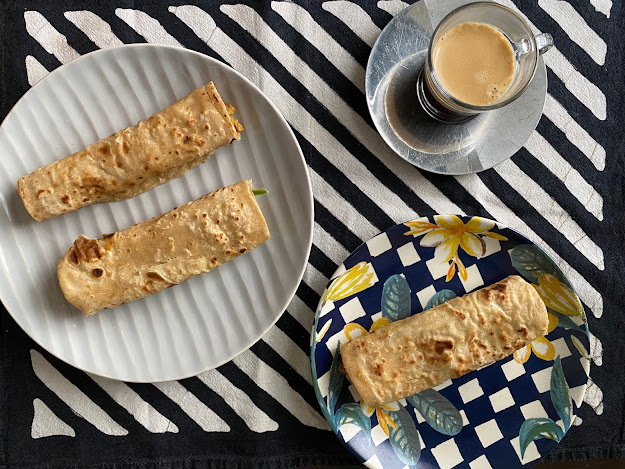 There were kebabs in the fridge. And parathas. Not by chance. I had requested our cook, Banu, to make them yesterday. They formed the foundation of my breakfast plans for today.

Today's breakfast flight of fantasy took me to the lanes around Esplanade in Kolkata. The stretch between Dhormotala, the old CBD, and the shopping area of New Market and Lindsay Street. It took me to the roll shops that we would go to for a bite after catching the matinee at New Empire, Lighthouse, Globe or Jamuna. Of the four majestic cinema houses, only the first remains and I believe it shows Hindi films now and not just English unlike in our time.

It would be mutton rolls at the start of the month. Mutton tikkia in the week after. Egg rolls in the third week. Alu at the end. A function of one's monthly pocket money index when in college.

Mutton tikkias are flat, coarse kebabs. Made with bits and pieces of meat and gristle, lots of fat, onions and potatoes. Which made it cheaper than a pure mutton roll. 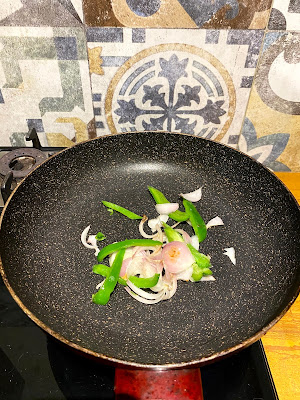 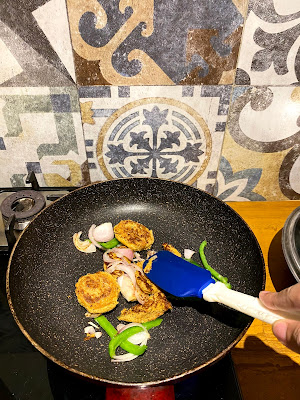 They squashed the kebab on the huge flat griddle pan along with sliced onion and chillies and capsicum (more a Park Street thing) and make rolls with it. The shops in the Dharmatala area would do mutton but if you walked towards Jamuna or towards Rafi Ahmed Kidwai you would get beef and at that time Nizam would serve it too. I am talking of the mid 1990s. 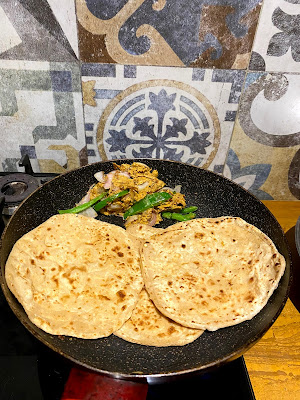 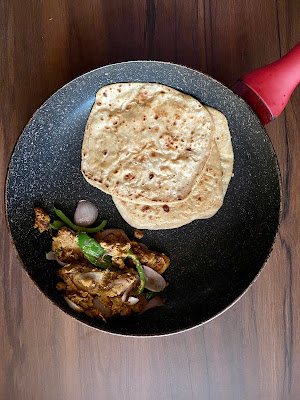 That's the Kolkata memory that I replicated in Mumbai for today's #loveyourleftover #finelychoppedbreakfasts today with the pakke kheema ke chicken kebab made by our cook, Banu, yesterday and parathas. 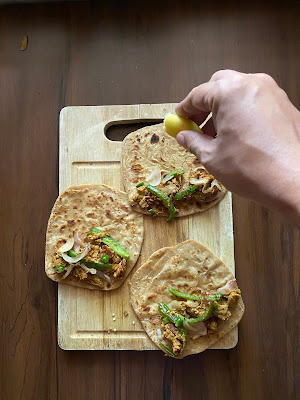 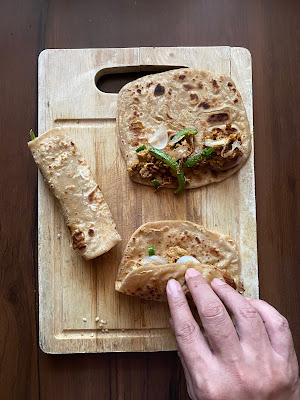 A couple of days back, I wrote about having Parsi poro wrapped in these parathas before I left for flights in the pre-lockdown era. These kebab rolls are what I carried as flight food for afternoon flights out from Mumbai back then. Back then? Well, it has been six months since the first lockdown happened. 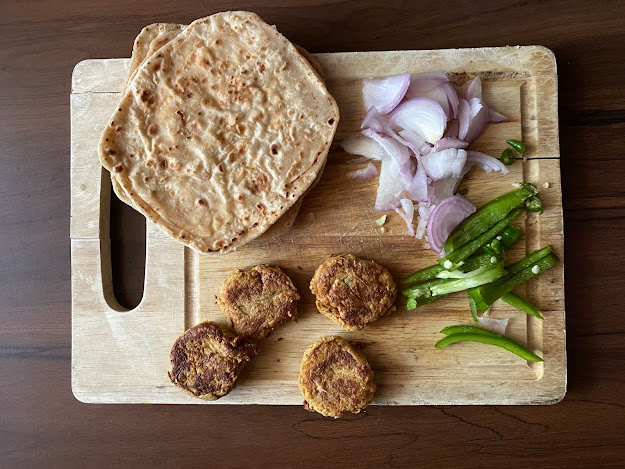 Hamming it at lunch 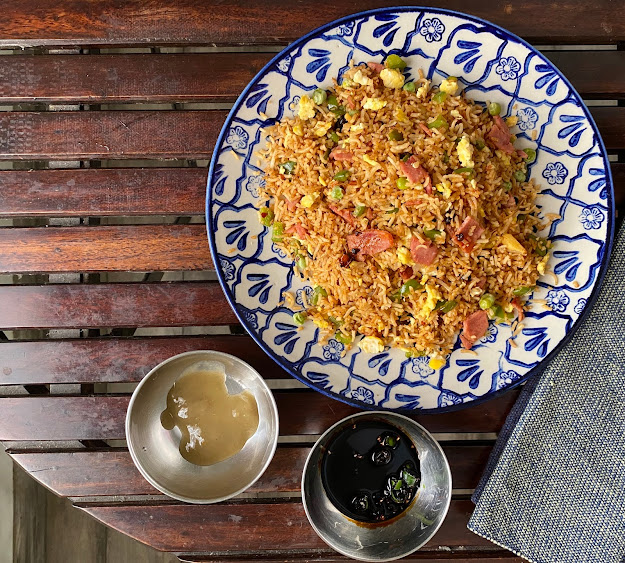 Funnily enough, lunch today was packed with early 90's Kolkata New Market memories too. There was the last of the excellent ham from Bandra's Incendiary Kitchen left in the fridge. I decided to make fried rice with it. 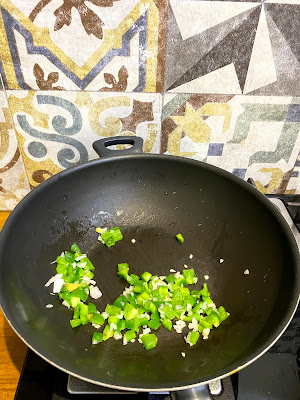 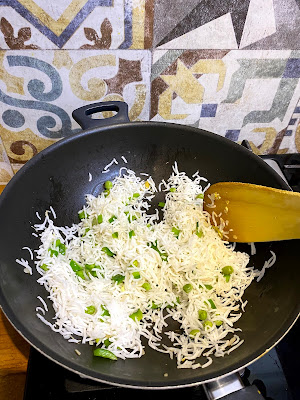 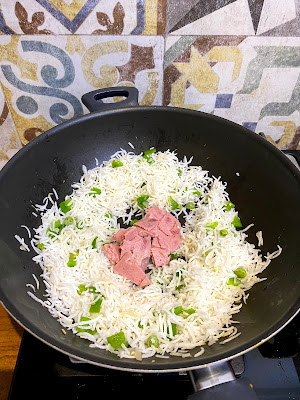 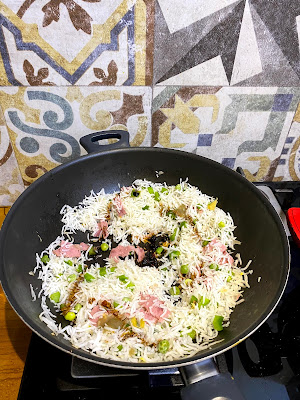 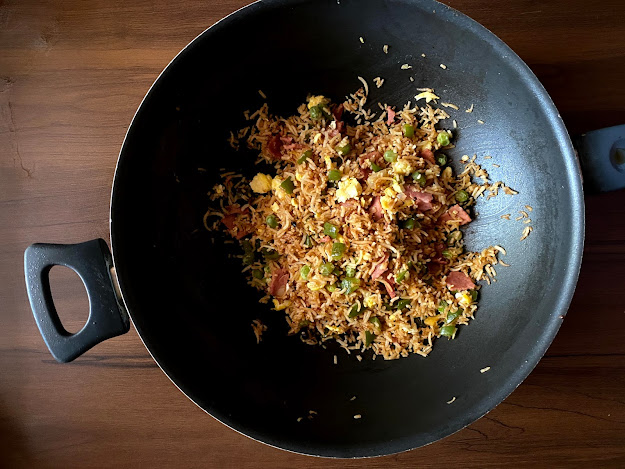 The inspiration for this came from Jimmy's Restaurant, the outlet of Jimmy's Kitchen Kala Mandir (I am not sure if the ownership was the same), that came up in Lindsay Street in the mid 90s when I was in B School. My dad used to take my mom and me everyday for lunch after my school to the original one after we moved into Kolkata in the early 1980s.

The New Market Jimmy's used to have a ham fried rice which we would order in my B School days. A great budget option as it was such a complete dish that you would not need a side dish with it.

I did those memories proud with the ham fried rice today.

K loved her Chinese scrambled eggs. "Like going to a restaurant", she squealed after her first bite.