Why ham and cheese make for the perfect ‘meet the parents’ sandwich. Maska mar ke (with a dash of butter)!


Yesterday I told you about how I often go on a 'travel flight of fancy' these days over breakfast. Remembering our travels over the years, through the food on the table. Yesterday's bacon sandwich had taken me to Keventer's in Darjeeling. Today's ham and cheese sandwich to south Mumbai. The spot where I had first fallen in love with Mumbai. The part of the city which I remain smitten with, 20 years after I moved into the city. A place I have not visited for more than 5 months now thanks to the lockdown. 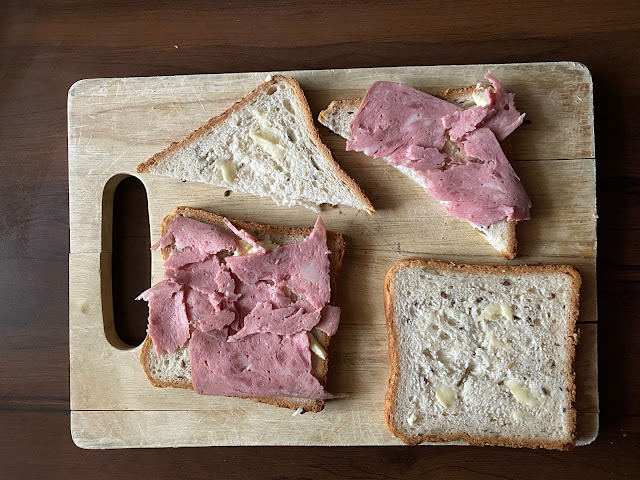 Kainaz and I first met when we worked in an ad agency which was located in Nariman Point. Our story was fuelled by the romance of south Mumbai.

The agency has recently relocated to Saki Naka. A part of Mumbai that is not as conducive for courting as the area around Nariman Point is in my opinion. The young lovers of today might think otherwise. 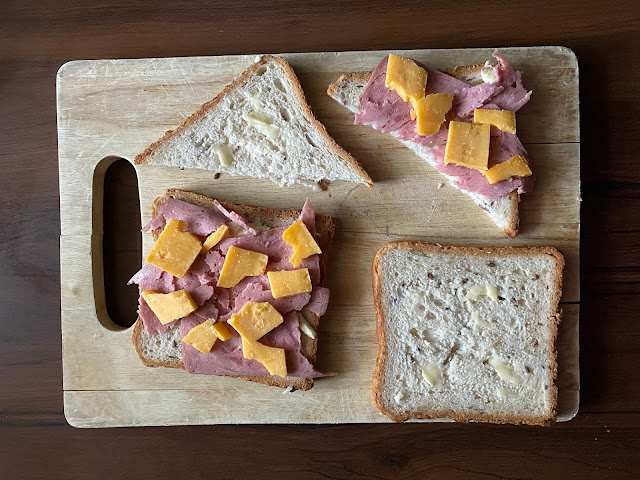 JATC was the venue of my 'meet the parents' moment when I was first introduced to K's parents. While her mom (and now my mom in law) had lot of questions for me in the initial meeting, K's father (my late father in law) had none. He was a man of few words. He smiled through the meeting. Lost in his sandwich as K had predicted he would be, when she and I had discussed our strategy for the meeting the evening before. 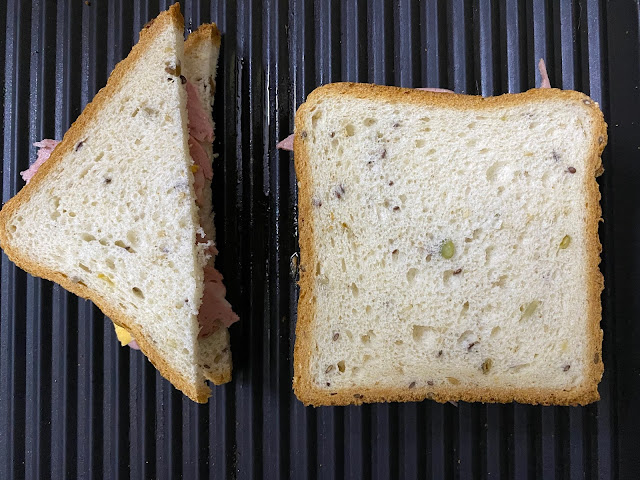 "Daddy loves sandwiches. Specifically ham and cheese. We will order one for him right at the start," said K.

I did so and daddy dug into his sandwich with gusto while mummy grilled me. I assume that we had ordered an egg sandwich for her. She loves eggs. And CHEEEEEESE. Neither of our mothers eat pork or beef and both our dads did.

The meet was finally over and we were ready to get up when daddy looked up at me and suddenly said with a big smile, "so, how is everything else."

If there was ever a statement that was completely out of context and shattered a taut moment, then this was it! 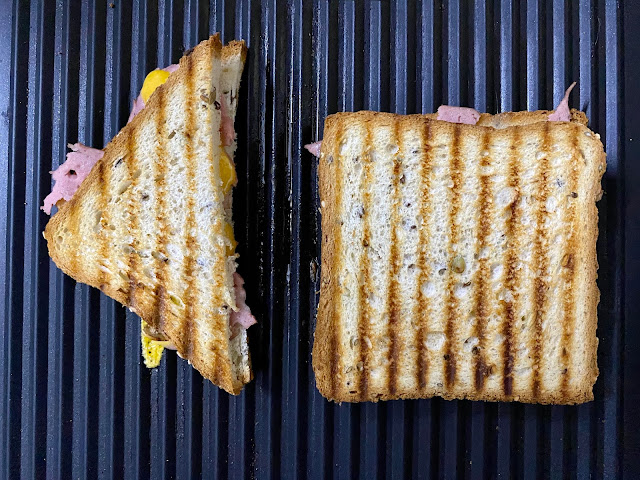 I remembered that evening in Churchgate from 19 years back, this morning in Bandra when I made K and me ham and cheese sandwiches in the griller with some of the amazing smoked breakfast ham from Incendiary Kitchen that our friend M, who is now like family to our parents, had given us. The wholewheat multigrain bread that we had ordered from Baker's Dozen yesterday, Grandma Singleton’s mature English cheddar and a touch of Amul butter.

As I sat down to eat at the table where me father in law and I had sat and broken bread over many a family gathering, I realised that this was the most exquisite sandwich that I have made in the lockdown.


I could feel the spirit of my own father agreeing with this and remembered how he had sourced ham for me from a place called Happy Seasons in Jodhpur Park after we moved into Kolkata and India in the early 1980s.

I remembered our late Jamshed Uncle who was a big proponent of toasties in the griller. Sandwiches which became the star of our lockdown #loveyourleftovers #finelychoppedbreakfasts. He would often treat us to the fabulous club ham sandwiches at the Royal Bombay Yacht Club and pack more for us to take home.

September could not have got off to a warmer and fuzzier start. Baby Loaf and little Nimki agreed. 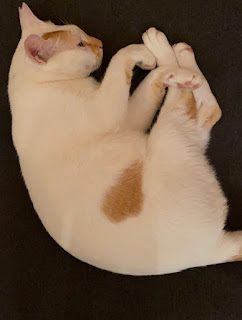 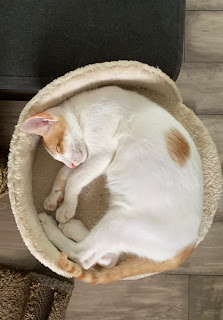 Shaswati said…
Loved the way you have sketched the 2 characters - your father in law and mom in law - almost could visualize the evening. And those sandwiches definitely made me crave for ham sandwiches.
Really enjoyed this
1 September 2020 at 20:02

Kalyan Karmakar said…
@shaswati thanks for writing. Yes, they were as different as ham and cheese :)
There's plent more ham and we will do something about the sandwich craving of yours soon
1 September 2020 at 22:14